The world of autism according to Sam 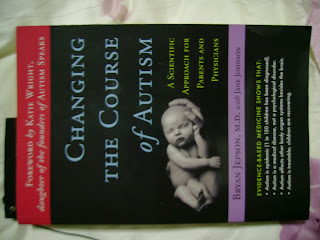 Sam (let's use a fictitious name) is now 6 years old. He has been my patient for 2 years, referred by the parents of another patient of mine. His parents are achievers in the community. Sam was diagnosed to have Autism Spectrum Disorder/Disease (ASD) when he was 3 years old. It was devastating to the parents to have someone tell them that. At first it was disbelief. They went through the phases - anger, denial, bargaining and eventually acceptance.

When Sam was born, both parents were happy that they had a boy! To them, he was their world and they made sure he got his shots, he was seen by a good doctor, and they religiously brought him to the latter whenever he had his appointments. In spite of the regular doctor visits, Sam had gastrointestinal problems (diarrhea and vomiting) and often had rashes, which were passed off as "allergy" by his doctor. They were at clinic almost twice a month. At 1 1/2 years old, Sam seemed "odd" to the relatives. Of course, as parents would, his condition was shunned off as "growing disorder" or being "spoiled". Until they were referred to a developmental specialist who diagnosed him to have ASD, their days in purgatory were transformed to hell.

Sam is not the only boy diagnosed to have autism. I have had several patients that I diagnosed and eventually confirmed to have autism by my favorite developmental specialist, Dr. Noemi Tanglao-Salazar. After his parents acceptance of Sam's condition, the program to rehabilitate Sam became a process where all of us participated in his journey in life.

Like many autistic children, Sam has his own world. There would be days when he would be happy, and other days where his mind is trapped in a world where only Sam would understand. And his parents have lived through those days with understanding and love. Even if Sam is not my son, I have learned to love him through his tantrums in the clinic whenever I see him.

I share Sam's story because when I saw my first patient whom I diagnosed to have autism over a decade ago, it was a learning experience for me. I had to read up on the disease and tried to understand the disorder. I had to know more about it because I've always taught my students that the best teacher would be your patient and the best doctor would learn more about their patient's disease. With Sam, I had gone through the learning curve.

I was touched when Sam's father came to the clinic for his regular visit and told me that since he knew I loved to read, he handed me a book, and thanked me for understanding Sam. I think it was his way of helping me learn more about autism and I'm taking the road less traveled. Like Sam, I will find my hell and purgatory, and I hope to find heaven at the end of the journey. Like Sam's parents, we should not lose hope in finding a cure for this disease. There is much work to be done. And it all begins with ONE.
Posted by Kid at heart at 6:45 PM

I've bookmarked your blog and look forward to more posts from you.

Teka! When will you create your profile?

I HAVE LOST CHINESE PATIENTS FRM MY PRACTICE AS SOON PARENTS HEAR AUTISM. I AM WRTING AN ARTICLE NOV 2008 BABY MAG ON PEDS PRACTITIONERS WHO SAY THER'S NO CURE; PEDS WHO SAY AN OUT OF THIS WORLD DIET HELPS (I READ THE RECIPES, AKO ANG MAMATAY SA PREPARATION) AND FINALLY PEDS MDS WHO EMBARKED NOW ON RESEARCH TO SEE WHO'S RIGHT.