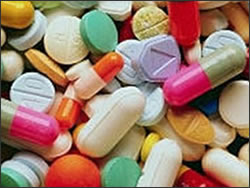 The government plans to bring the cost of branded (innovator) drugs by half. The top 20 drugs in the market will be the testing ground. This means, for example, that if Lipitor by Pfizer currently sells for P62, it will then cost the consumer P31 if this plan pushes through. Minus the 20% senior citizen discount, it will total P25 at retail price.

This is part of the Cheaper Quality Medicines Act of 2008. A maximum retail price CAN BE imposed by the government for drugs that are highly needed in times of an emergency situation.

Which goes to the question - are these drugs whose prices are to be lowered being done so in an emergency situation? Lipitor, an antihyperlipidemic agent, for example is NOT classified as such because there are other statins that work the same way and are abundant in the market.

Of course, the industry will simply follow what the government will impose, but this will not be a healthy business environment for the pharmaceutical industry in the Philippines. It will mean that when the cost of drugs are cut, so will the jobs of those in the pharmaceutical business.

One cannot but help wonder if the DOH is being pressed to do this to gain points for the current health secretary in the upcoming elections should he plan to run for senator.

As secretary of health, he must swallow the bitter pill and not join the bandwagon of political nincompooops who are capitalizing on pleasing an ignorant public on a law that is all wrong in the first place.
Posted by Kid at heart at 7:52 PM

correct rhona. that's why you can tell how greedy this government is.