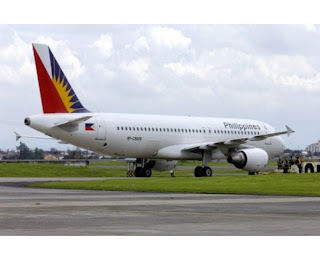 He says, she says.

And that's the way the story goes between Alliance of Volunteer for Education party list Congressman Eulogio Magsaysay when he allegedly called Philippine Airlines Customer Service Agent Sara Bonnin Ocampo a menopausal bitch at the Mabuhay Lounge when Rep. Magsaysay was waiting for his flight to Los Angeles with his family.

The Philippine Daily Inquirer had reported this altercation in the January 12, 2011 issue of the newspaper. One side of the story is that the congressman wanted to sit beside his son and asked to be transferred. According to him, Ms Ocampo had declined saying that it was a full flight and was not in any capacity to make any changes. Then there was an exchange of words with Ms Ocampo claiming that Magsaysay had called her "menopausal bitch" and Magsaysay saying that she had it coming because she was raising her voice at him.

So now we have perturbed the crowd - half want the head of Magsaysay on a silver platter, calling him unbecoming of a person of government stature; the remaining half want the head of Ocampo because as a customer service agent they MUST please customers no matter how much they berate them. I was reading the ABS-CBN news thread regarding this, with readers providing feedback to the news article with Magsaysay apologizing saying "Sorry, but my son needed me on the flight".

Additional details are scant but perhaps in the best interest of all, there are many fill in the blanks in this story (and I hope this is where the news reporters are more detailed in getting it right):

1. Magsaysay now claims that his son had stomach pains already while still in Manila. He thought it was just gaseous pain. I am sure they waited for almost 3 hours (not including the travel time from their house to the airport) prior to boarding the flight from Manila to LA. Then include the 12-13 hr flight and the arrival into LA and through immigration. According to Magsaysay, his son was diagnosed to have Acute Appendicitis when they got to LA and was operated there. Which shows you how irresponsible the action of Magsaysay was. Acute Appendicitis is a medical emergency. But the sorry-ass congressman didn't seem to have any choice but make sure that his family (or son) boarded that plane because they already had tickets to go to LA. It would seem to me that he was stressed that he was traveling with his son who was already complaining of an illness. Because of this, he was stressed enough to throw fits and tantrums at a non-accommodating customer service representative. Did the boy have fever? Was the boy in severe pain? How old was the boy? Did the crew members on the flight notice that the boy was in severe pain? Why did he opt to travel with the boy as the appendix could have ruptured during the flight and he would have posed more risk for both passengers and crew had the boy died on the plane? If these were so, I guess Magsaysay should not only be charged for the cusses he blurted out on that fateful day, but for child abuse and negligence and endangering a minor as well.

2. Some nincompoop-no brainer called yourmoneyiwant replied to the thread of the congressman's "excuse" that in customer service there are two rules - rule #1 is that the customer is always right., rule # 2 is when the customer is wrong, refer always to rule # 1. Let me be frank. That rule and whoever made that rule is a loser. A great big loser!! Loser big time most especially for the fck*dup dimwits who believe in this rule!!! No one, and I reiterate, NO ONE has the right to call even a customer service person names. You may disagree with the customer service person but you can also say it nicely. For the record, no matter how stressed Magsaysay was, he had no right to call Ocampo a bitch, no matter how wrong she was. He could have asked for the supervisor and talked to her nicely and tried to explain the situation. But he should have thought about that as the reason and not brandished his son-with-an-appendectomy-story AFTER the initial report of the Inquirer.

3. Of course PAL officials had sent a letter of apology for the untoward incident. Tsk tsk tsk...I always say that when one is right, there is nothing to apologize for or apologize to. (Maybe they also sent another set of round trip business class tickets to appease the congressman? Just asking.) Management must learn to be a little pro-labor force. Not all the employees in its basket are bad. Many of the officials are worst. They get fat paychecks, kowtow and rub elbows with the government officials and sadly, some of them that sit in the board are as arrogant as the government officials of this country.

1. When I was on one of the PAL flights from Manila to Davao, there was this guy who was seated right beside me with the whole seat in the declined position. Like I was staring at him and even when the plane was taxiing on the runway, he was still in the same position. The flight attendants were not even calling his attention. I found out later that he works for PAL as one of its biggies. My goodness! Talk about consistency in what you teach!

2. On another flight I was with one of the senators and his henchmen. When the doors of the plane was closed they asked me to turn off my iPod but the senator who was seated beside me was still yakkity yakkity yakking on his mobile phone even when we were taxiing already. Ganun? May exception to the rule?!?! Pwe!

3. When I fly on Mabuhay Class I always prefer to sit in front especially if it's an A319 or A320 configuration. Every time I check in and request for this, more often than not, they will tell me that it is reserved. That's fine. So who's the personality in seat 1A or C? - taddahhhh~~ congressman or senator or cabinet undersecretary or cabinet secretary or mayor or vice-mayor or governor~~~basta nasa gobierno! Nampucha naman! Eh pareho naman bayad namin noh. At least ako, pera ko. Eh sila pera ng bayan. Dapat nga sa economy-flight-go-lite-book-and-buy fare ang mga ito!!! So what's the reason why they have preferential treatment again?

As one of the thread followers would say, let's all put this story into the hands of the court, out of the media circus, and move on with our lives. Next story please, BITCH!!!

[Photos from Inquirer.net]
Posted by Kid at heart at 1:08 PM