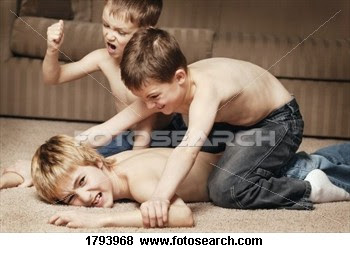 There is no day that passes without the news channels feature at least a story of someone who was abused.

There are various forms of abuse and the most vulnerable - women and children - suffer the worst.

I recall when I was a pediatric resident that I saw a 5 year old boy in the emergency room whose palms had signs of 2nd to 3rd degree burns. I was alarmed and looked at the boy who held back his tears while I was doing a full physical examination. The person who gave the history of what happened was the stepfather who had accompanied the boy to the ER. He said that the boy burned his palms because he was naughty and that he had lifted the cooking vessel not using the handle of the vessel. I did not buy the story so I went on to look for signs of physical abuse like a hematoma or a recent bruising, but there were none. I told the stepfather that we needed to take an x-ray (which I thought must be done to look for both old and new fractures that would tell me that the boy had been abused for quite some time). He told me that it was not necessary and that they were just there to have the wounds seen and dressed. I wondered where the mother was, and asked the boy, but the stepfather always answered all my queries. I asked the stepfather if it would be alright if I talked to the boy alone, but he got angry and said that I should mind my own business and just treat the visible wounds. During my residency, there was no Child Protection Unit yet and physical abuse was a dime a dozen, especially among the lower socioeconomic class of society. Even when I insisted on other work ups, the stepfather would side step my requests and we ended up with him walking out of the ER with the boy in tow. He said that he was bringing him somewhere else.

After 2 hours, an elderly woman had come looking for the boy and the stepfather. When I told her that they had left without being assessed, she hurried out the door. I ran after her to ask her who she was and she replied, "I'm the grandmother". I asked her if I could ask her a few questions and she just looked at me with tears flowing and said that the boy did not burn his palms accidentally. The stepfather was angry that afternoon because the boy had broken something. In a fit of rage, he dragged the boy to the kitchen and lit up the stove and forced his palms open and placed his palms over the electric stove. She then left immediately.

That was the last I saw of them.

And children who are abused early on in life suffer the most. That's because they're vulnerable and are helpless from the abuser.

Children who have been physically abused present with a multitude of psychiatric disturbances:

I had a walk-in patient a couple of years ago. A mother had her youngest 4 year old son with her. I was not her regular pediatrician. I asked her why she brought the boy over. She was initially hesitant but then after a few minutes had told me that I was referred by a patient of mine. She wanted to know how to examine for sexual abuse. I asked her who was abused?

She looked at her 4 year old son.

"Of course it is!! Why would you do such a thing to your younger brother?"

"Mom, daddy and grandpa do it me and they said that it was alright."

I was the one that got shocked.

I asked her to provide me a background on the family in order to understand what was going on. The husband was 5 years younger than her and that the father of her husband had lived with them. Both the husband and her father-in-law were very close. Strangely close in fact that at times she would wonder why they hugged each other in intimate ways. When I asked her to elaborate, she just shrugged me off.

I performed a full physical examination on the 4 year old while she went on telling the story of her family. Her husband stayed home after he lost his job 2 years ago. Income comes from both her and her father-in-law. The husband had a history of drug use and abuse, but she swore he was clean now.

At first she found it odd that her 7 year old would wake up in the middle of the night crying and screaming, but the husband would tend to him because she was tired from work. After a few minutes the crying would stop. This went on for awhile but came to a halt.

The 7 year old was a bright student during his kindergarten and during grade 1. But the last year, his grades seemed to deteriorate and when she asked him why he had lost interest in school, the father took over and said that he would take care of it.

The initial physical examination was normal and showed no external sign of abuse on the 4 year old. I encouraged her to tell the authorities this but she refused. I talked to her about counseling for the father and that I thought that the intimacy of the grandfather towards the father had somehow inculcated in her husband a sense of being right when it came to molesting their own children. That this incestuous behavior was unacceptable and that pedophilia is a psychiatric illness.

She thanked me and simply replied that they were all that she had in her life and that she would think about what I said.

I never saw her again. And I wonder what ever happened to them.

I blog about this today because I was faced with another patient the other day. The parents of a patient had brought in their 6 year old son for his usual immunization. He was combatant and as in immunization days, refused to get his shot. He would scream and struggle. I was startled because the father picked up the boy, hit him on the face, slapped his head and then held him down. I gave the shot and when it was over the boy just ran out of the clinic. I asked the parents to sit down and wanted to discuss corporal punishment with them.

I asked them if they hit the boy a lot and the mother looked at her husband. The father said that it was what the boy deserved.

"Nobody deserves getting hit. And most especially not in front of other people."

The father replied "my parents used to hit me a lot, so what's wrong with hitting my son?"

"Self-esteem that is developing at this age is all he's got. He is mature enough to understand explanations. You can sit down with him and try to explain why he needs to get his shot or why he needs to get punished. But the more you hit him, the more he hits back in the most unusual ways. There is a way to make the boy understand the consequences of his actions, but not in a physical way. The trauma that you instill will always be remembered and it will remain ingrained in him the rest of his life."

I stepped out of the clinic and saw the boy slumped in a corner and asked him if he was fine. He nodded and said that he didn't like shots. I explained to him why he needed it but I guess he already knew that I was simply trying to pacify things. He had a look in his eyes that gazed far far away.

As pediatricians, we miss the tell tale signs of family abuse. Parents bring their kids to us not only for the regular shots or an antibiotic when the child is sick.

We need to learn to recognize signs of child abuse in the family setting. Children are not born defiant from the get go. They do not go burning buildings or stealing things at an early age. Something in their family triggers the event.

It is not normal for children to hit other children or bully their own siblings.

It is not normal for children to cheat and steal.

It is not normal for children to take alcohol at an early age just because the platoon of friends says so.

It is not normal for your daughter to sneak out in the middle of the night and have sex with her boyfriend.

it is not normal for children who have done well in school to be suddenly underachievers.

It is not normal for children to binge on food or have bulimia.

It is not normal for the father to be bathing with his 10 year old in the nude and rubbing his body against his.

And when we let it go even when we recognize it, we become accomplices to the creation of a sociopath. They remain scarred for life and society pays for what it gives.

Payback is such a bitch!

[Photo from fotosearch.com]
Posted by Kid at heart at 6:33 PM