The iconic wonder of Majestic Mayon

The GSK Vaccine Congress this year was held in Legazpi City.

The province of Albay is home to the world's most perfect-coned active volcano, Mount Mayon. Getting to Legazpi is a "challenge" to say the least. The landmark and hallmark of the flights landing from Manila to Legazpi is dictated by the weather. Which means that when you can't see Mt. Mayon, you don't land.

And that was what almost happened. As we approached 13 miles to Legazpi City, we made two circles in the air before the captain finally announced that because the visibility is zero, he will attempt to go around a few more times and if the weather does not let up, we would go back to Manila. And you could hear the groan of all the passengers.

After two more attempts, the clouds suddenly opened up the skies and you could see the beauty of majestic Mt. Mayon. Flaps down. Wheels came whirling down and we landed almost 40 minutes off schedule in Legazpi. 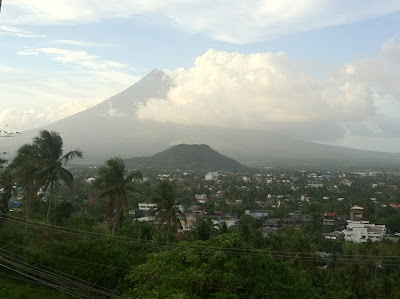 I needed to give two lectures in the congress. The first was 90 minutes after we arrived. The second was the following morning. The congress was a successful one. But I am not blogging about the meeting. I am blogging about how beautiful Legazpi City has turned out to be.

It had been more than 10 years since I went to Legazpi. Aside from the weather being unpredictable, Legazpi was such a laid back city that the most you'd get with accommodations is a lackey hotel. 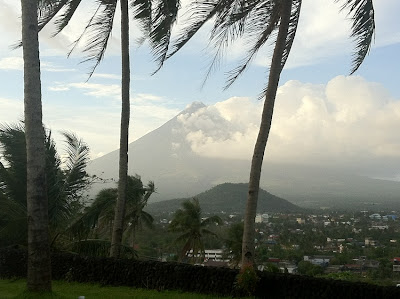 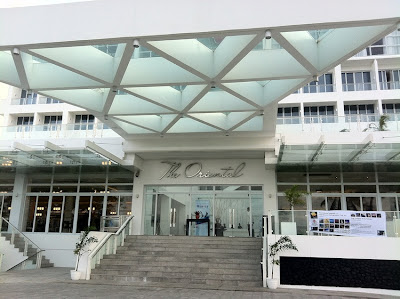 The all white, all glass majestic Oriental Hotel isn't only fabulous from the outside, but the lobby itself was symmetrically modern and encompassing the senses. 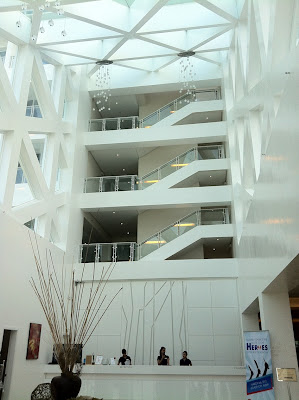 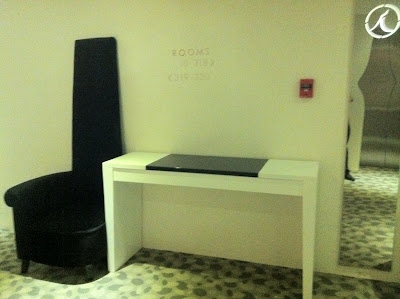 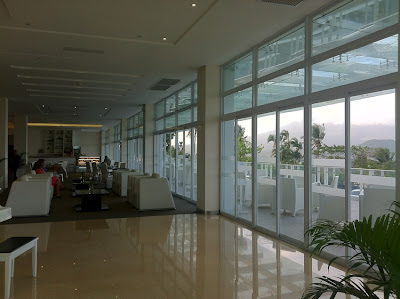 The digital touch elevator panel was mind-blowing considering that even the most posh hotels in Manila do not have this.

Then there's the room. Mind you that this isn't a suite room, but a standard room. All rooms on the east wing face Mt. Mayon and all have a glass encased veranda overlooking not only the volcano (they say it's a beautiful view at night time during an eruption where you see the fiery lava cascading the perfect cone of Mayon), but the infinity pool as well.

The queen size beds are divine and the bath 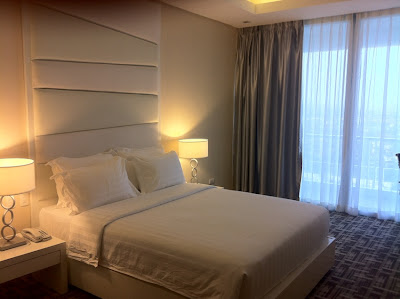 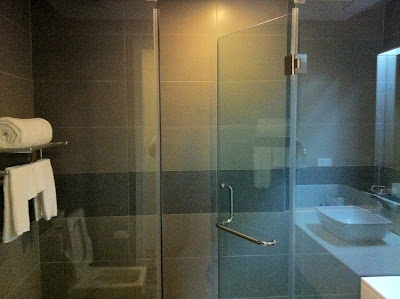 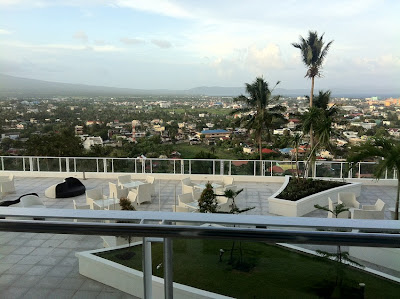 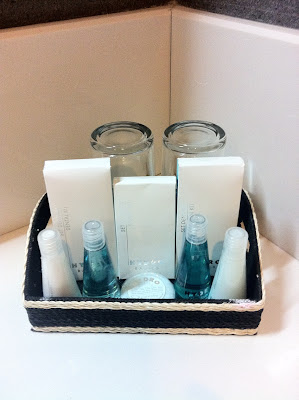 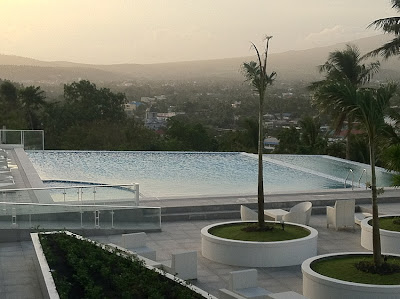 The queen size beds are a sprawl and a perfect sleep and the bathroom has a rain shower with amenities that of a 5 star hotel.

And even if I stayed overnight only, Legazpi City has made an impression on me as the next tourist destination to go to. Only an hour away from Sorsogon where you can do whale watching and ride and swim with the "butandings", or explore the Embarcadero mall and the strip of the well lighted boulevard, or go on a trip to explore Mt. Mayon itself...this is one city that will surely leave an impression of having more fun in the Philippines.

By the way, did I forget to mention that there's a spa and gym at the Oriental Hotel? 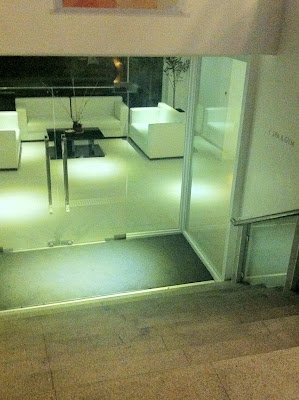 Come visit Legazpi City. It will definitely change the way you look at our country.
Posted by Kid at heart at 7:11 PM