Does it really matter? 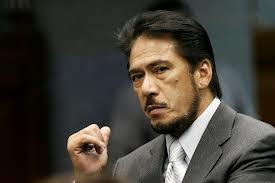 At first, there was drama at the Senate. Tito Sotto gave a dramatic performance (this being a hard act to do coming from a comedian) - delivered with eloquence akin to the actor that he is. There was matching tears of regret over having lost a son because his wife, Helen Gamboa had taken a contraceptive pill (even if the pill had not been in the market yet. I guess his wife must have been in the developmental phase clinical trials of the drug company at that time.) That night, his "moving" speech was all over the news. And Sotto had his finest moment of his senatorial career - only to be squashed eight hours later, when his speech was torn into shreds by technology. People googled his speech, as they did Supreme Court Justice Mariano del Castillo or Manny V. Pangilinan or Krip Yuson or even columnist Amando Doronilla. With technology at our finger tips today, I am sure that even the most respected writer would not escape the inquisitiveness of those who search for originality in what they write.

After the fiasco, Sotto was publicly shamed (no cyber-bullying here Tito, as you had it coming) and his aide-de-camp Atty. Hector Villacorta (this guy must have been a two bit notary public before Sotto decided to put him on board his writing club) had begun to clean up the mess in the shame that they created. And they were thwarting allegations left and write, even daring those who questioned the speech as an act of plagiarism to go ahead and sue them! My gosh! Talk about people lacking not only balls but brains!!! Susmaryosep!

I am ashamed of Sotto as a senator of the republic of the Philippines. I am ashamed that my country has millions of people who vote for government officials not based on what their cerebral capacity contains or what their moral upbringing and values are, but based on a joke or a spiel or a commercial or an endorsement and hide behind the curtains of the entertainment industry and their colleagues. Remember: these are people that get PAID to say anything for a price!! Kahit na hindi totoo and endorsement nila, basta may bayad, they will endorse it! Let me say it with conviction - napaka-JOLOGS at ang tatanga ng mga naniniwala sa inyo!

It is why when Aga Muhlach trumpeted that he would be joining PNoy's Liberal Party to run for Congressman of Camarines Sur, I almost fainted. NOT AGAIN!!! Muhlach was quick to defend those in the entertainment world as being equally capable of running a town, municipality, city, province, or even country! My God! What gall! Did the guy swallow so much Jollibee chickens that all the cholesterol has lodged in his brain? These entertainers whose careers are already in the rut undoubtedly turn to politics as government-official-wannabes. They use their fame and whatever fortune they have amassed over their career years so that they can become government officials later on.

But that's where it all becomes awry and scary.

You have 3/4 of the Filipino voting population screaming in wanton over the underwears of their idols that they forget that they're stuck in oblivion with half a brain (if it's working) and half a ball (if it's still there) of intelligence and commitment to good governance. I will put it nicely - yung mga walang pinagaralan at nakatutok sa teleserye eh nagpapauto sa mga artistang laos at pulpol. The advertising and entertainment industry use these people as endorsers and people simply remember them with the recall factor - from medicine to soap to candy to beer to sulit.com.ph.

And if you look back at the batting average of governance of people who came from the ranks of the entertainment industry, it's no wonder why our country is literally a banana republic - simply because we're run by monkeys!

I was telling my mom over lunch that between Sotto and Lito Lapid, I give more credit to the latter because the guy just shuts up and says nothing. Even Sen. Lapid is true to form when he says the reason why he doesn't say much is that he doesn't know that much. Bravo!!!

Does it really matter that we pay attention to the matter of Sotto's plagiarism?

Somehow, this should educate even the little people who adore their entertainment idols, that deception comes in various forms. And how little these actors and actresses actually know about governance. That we should not let people like these - who cannot even seem to accept their mistakes even at "copying" other peoples writings and claiming it is theirs, govern us. Tama na ang Iskul Bukol sa pamahalaan!!

It's time that we owe it to ourselves to make this country and it's people proud by revealing the impostors, the frauds we elect into office, and teaching them a lesson in humility so that we can regain our lost dignity.
Posted by Kid at heart at 2:04 PM