To friend or unfriend? 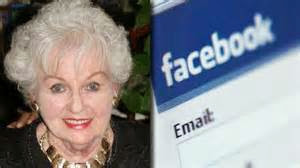 Carol Thebarge, the 79 years old substitute teacher at Stevens High in New Hampshire announced on Facebook that she was leaving her job of 35 years after being told by the school administration to "unfriend" her students. According to Ms. Thebarge, she was asked to make a choice - delete every student from her facebook and don't post photos of them, or be dismissed.

The policy of the school administration emanated from another 29 year old teacher, who was arrested two weeks before, for having an inappropriate relationship with a student and sexually assaulting the 14 year old student. This was not the first time that inappropriate behavior through FB was reported in that school.

Regardless of the age of Ms. Thebarge, the school enforced the policy of not being able to be "friends" with students anymore.

Where is the line drawn in this scenario? While it is a gray area to some, the greater good of a community is in order. Social media, like all other forms of internet communication, has served both good and bad purposes. While to some it may be a means of communication between the students and the teachers and an avenue for enhanced learning and interaction, it has also served as predatory grounds for inappropriate behavior and criminal acts.

The question is - do teachers ever need to be Facebook friends with their students? If most of my readers are to recall, during our school days we didn't have social media as a form of communication with our teachers and yet we didn't do too bad, did we? Of course, we can reason that using whatever technology is available at our current disposal can improve the learning skills between the students and the teachers. It should be cautioned that utilizing the reason for a "brave new world" for technology and the mass appeal of social media may have its undesirable consequences specially when the user(s) may have little knowledge on how to navigate through the various social media platforms OR that the user(s) may be using it for more devious intent.

I posted a 24-hour survey on my FB account, among friends and colleagues. I believe that those who participated in the survey comprise a representative group of respondents. Some responded through the private message service, because they are friends with other respondents who may not receptive to their responses.

The question posted was simple: SHOULD TEACHERS AND STUDENTS BE FRIENDS ON FB?

There was no qualifier here and can be interpreted in various ways. As a general rule, do you think your child should be friends with the teachers on FB?

It was interesting to note that of 128 respondents (including those who replied through PM), 96 said NO (75%) and the remaining 32 (25%) said YES. To provide benefit over the doubt, all ambiguous replies were considered YES votes. Over the 24 hour period, the responses were similar in trend - 3/4 replying negatively. There were a few comments provided.

Interestingly, those that replied YES were mostly concerned with kids and school work coordination and being able to moderate each other's posting skills; being able to communicate with the class president or the students in general so that they are prepared for a quiz; or simply bridging the gap between the students and teachers and being less intimidating because you are, well, proverbially, "friends".

Then there are those who replied negatively. Assessment of performance of the students can be blurred because of the so-called "gray zone" that divides what you call a "friend" or a student; personal, business, and academic relationships should be discerned and FB is not a popularity vote; or the real fact that intimacy eventually breeding contempt were some of the posted comments accompanying the response.

A "friend' when used as a noun is defined as "a person attached to another by feelings of affection or personal regard." When used as a verb, and used with an object, it is "to add to one's social list of contacts on a social networking site or use an action of adding the person to a list".

Nancy Solomon, in an article published in December 2011 on NPR news points out that "the new and ever-changing world of social networking has blurred the lines between private and public, work and personal, friend and stranger. It's becoming a particular challenge for teachers who can quickly rile students and parents by posting comments or photos online. In some cases, teachers have been fired for statements they've made on Facebook, which is raising free speech issues."

John Palfrey of Harvard's Berkman Center for Internet and Society says there have always been teachers who say dumb things, but now social media amplifiy those comments.

"There's a really simple concept here, which is [that] the nature of a conversation is changing in a digital age and the consequences of saying something that's dumb are much greater," Palfrey says. "People can get fired for [saying] something that otherwise would have been completely and quickly forgotten."

While there are settings for privacy and whom you allow and not allow to access your FB account, some are not tech savvy enough to distinguish how and when to turn these on, eventually resulting in a catastrophic outcome with the privacy of either the student or the teacher being exposed.

I have my own reservations for being "friends" with students and I believe that keeping a professional distance between them and I so that I can provide an unbiased performance evaluation should be the rule. I have nothing against my colleagues who say otherwise and respect their preferences. We just need to remember that there are things that may be taken out of context, go viral, and we are all judged accordingly eventually.

And fire fighting is more difficult than fire prevention.