Brazil is the largest South American country that stretches from the Amazon basin in the north and the massive Iguaçu falls in the south (at the border of Argentina).

There are two major cities - the lively but dangerous Rio de Janeiro, and the business hub Saô Paolo. Rio by far is the most famous but most expensive as well. 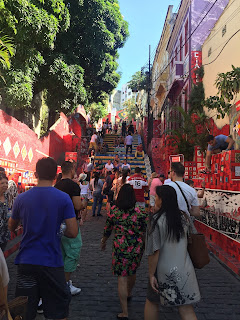 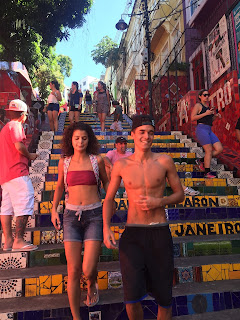 The average meal in an average restaurant in Rio (not fast food food) would cost 50-100 Reals (x 13.50 pesos). Even a small pizza in the stand by the beaches would cost 48,50 Reals (around 654 pesos, not including taxes yet). A 10% service charge is mandatory in all restaurants as well as taxes for food. Basic commodities are much more expensive in Rio than in other places in Brazil. Even the most modest hotels are pricier in Rio than in Saô Paolo. Maybe it's the proximity to the beaches, or probably the touristy area, or that the Olympic will be held here in the summer.

Places to see: Christ the Redeemer, Corcovado, Jardim Botanica, Sugar Loaf Mountain, Lapa and Santa Teresa areas. If you're thinking of going to a mall, think again. Brazil IS NOT a shopper's haven. If you plan to buy your LV or Prada or Apple watches or any other name brands, Brazil is far far more expensive than Manila. It has poor choices and their shopping malls are a paltry compared to what we have in the Philippines. 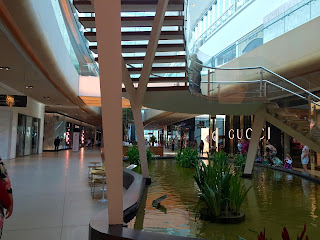 Are the beaches beautiful? Yes. But you get better and clearer water in Boracay or in Palawan and less prone to mugging on the streets or on the beaches in the Philippines compared to Brazil. However, the waves that lap at the shores in Brazil are worth the relaxation by the beach (just make sure you don't bring even your cameras or cellphones unless you want them to disappear). Clothes are optional. The less you wear the better. At least you'd blend in with the locals. 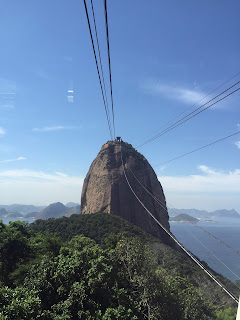 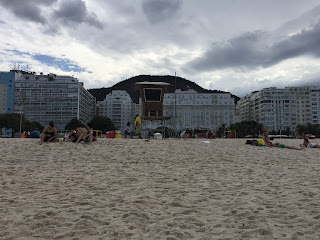 Are the places worth the visit? Yes. But reserve only 3 days for touring Rio. That's enough. Take the time to go to Saô Paolo as well so you can do the Iguaçu falls. That way, you'd get the best of your trip.

Is there a night life? Yes. That's what my friends tell me. The men and women are hot and the bars open early. There are also a lot more sexually transmitted diseases you will pick up with the locals, so I wouldn't suggest the night life as a tourist destination. In addition, most of them are found in really sleazy areas and you may end up naked in Copacabana beach begging the embassy to bring you back home.

Can they speak English? No. Unfortunately, the language barrier is a big disappointment. It's like learning sign language. I can speak and understand Spanish but there is a particular accent to their language which is - Portuguese. And not just Portuguese but Brazilian Portuguese. Make sure that you have the address of your hotel or your destination written down so that they know where to bring you. It's weird that they can read the address but can't understand the English language. But hey, who cares? If you know a bit of Spanish, you'll survive. I was able to purchase movie tickets with my credit card in spite of the fact that everything was in Portuguese!

Should Brazil be a destination on your bucket list? Yes. But a one time destination that should include many other South American countries. I think that's where I failed in this itinerary and should have been a bit bolder in choosing other South American countries as destination points. Brazil, like many third world countries is boring. Nothing much to offer and too much bucks to spend. My basic comment was that the guy who was able to sell Rio for the 2016 Olympics must be elected president for Brazil for selling a country, a city, that had very little to offer.

It was like being contestants for the Amazing Race.

Till my next destination...