Delicadeza and pardon my skepticism 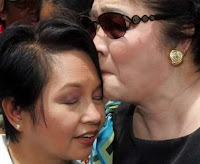 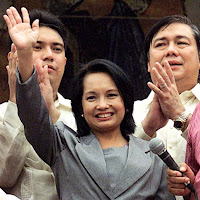 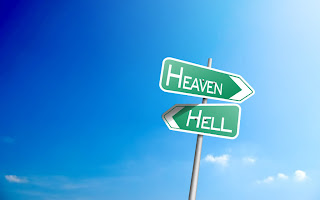 Effective June 30, we celebrate our one year countdown of the Arroyo administration. One of the longest and most corrupt political career of a president, I have to hand it to Ate Glue for playing the Game of the Generals in order to survive in public office.

During her term of office, there have been so many allegations on her husband's alleged graft and corruption and the collusion with friends and families close to them in order to corner government deals or big business ventures. Then again, there are the paid cronies and spokespersons who stood by her side defending her to their grave, rewarding the military officials with choice positions in government controlled corporations or diplomatic positions in foreign countries. As if there is no other competent person in the Philippines, the choice of some lacky cabinet official was based on friendship or being neighbors at her La Vista home, rather than credentials.

The mere fact that she was able to defy gravity at the rate she was going, and that the people particularly the middle and upper class showing laziness and ending up tired with the kind of government system that the Filipinos have been used to, leaves little to say about the respect that Filipinos have towards themselves.

When I picked up the newspaper this morning, I was curiously astonished to find out that owner of Total Information Management, part of the consortium that won the automated election bid for next year's election, is linked to the Aboitiz clan. A clan close to the Arroyo family, especially the first gentleman. Doesn't the government participate in any exercise of bidding that does not involve FG or do all these scandals happen to be coincidental? I don't think so, because the graft scandals have been so far accurate by 100% and statisically speaking, the probability of this being a chance outcome is nil.

I formally announced on Facebook and Twitter that the health advisories and globe trotting soirees of the president being advertised in whole page ads in the newspapers leave a bad taste in the mouth. This, particularly with the pictures of both GMA and the health secretary! But hey, it's free campaign material for a health secretary who is practically unknown to the community, and who has minimal knowledge of what he is talking about. I am fine with the health advisories, but to put your face on the advisory is electioneering. It actually has NO RELEVANCE to the advisory.

The presidential election is simply a few months away. There are calls for a new movement, for renewed morals, for choosing a candidate that will lead the Filipinos to the promised land.

Pardon my skepticism. But the average Filipino has no delicadeza. In selecting a candidate, the average Pinoy will always vote for someone who he/she will "invest in". He/she must qualify for the question - what's in it for me?

Pardon my skepticism. But the average Filipino is a masochist. It's probably because we are used to the flagellations of our colonizers that we will always think of ourselves as slaves. We easily forget a crime. We feel the need for a bad spanking every day.

Pardon my skepticism. Today, they have involved the youth, hoping that this group of new voters can and will make changes for this country. They have put all social networking sites to work and are banking on the world wide web to make a difference. Perhaps this could be a strategy, but 60% of Filipinos still do not have access to the internet and live in the hinterlands where the votes can be bought and snatched and where a Garci scandal will always be ready to preserve the political dynasties in the Philippines.

Pardon my skepticism. Unless we band together for a greater cause and unless we reach out to our Filipino brothers and sisters who live below the poverty line, I do not see much change in this country in the next election. If this happens, there will be the continued exodus of OFWs, continued graft and corruption where delicadeza can always be bought for a loaf of bread, where only a few will benefit from the ties that bind the government official and the culture of corrupt practices...where the choice of heaven for one is hell for the other one.

Pardon my skepticism. But the momentum on reforms has practically died. The Filipino was the model for the peaceful revolution to unseat an unpopular president during the Marcos regime. Ironically, the Filipino is the model for keeping the devil in its place during the Arroyo administration. Scandal after scandal, the Filipino has been callused to simply live in hell on earth.
Posted by Kid at heart at 9:04 AM