Are organic foods just a fad? 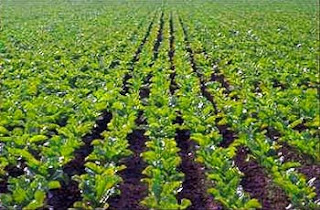 Undoubtedly, organic foods have hit the supermarket and specialized stores like a hype on more nutritious and supposedly less toxic chemicals or fertilizers in these produce.

Today, on CNN, the verdict (or at least for this round) is out - on the question "Are organic foods healthier than conventional ones?"

A few small studies have shown that some organic foods contain higher nutrient levels than conventional ones. For example, a recent study showed that organic ketchup had 57 percent more of the antioxidant lycopene than regular ketchup. But the wholesale claim that organics are more nutritious than conventional is ahead of the science. "More research is needed before it can be stated that organic foods provide more nutritional value," says Connie Diekman, M.Ed., R.D., director of university nutrition at Washington University in Saint Louis, Missouri.

Organic foods may have other benefits, though. Charles Benbrook, Ph.D., chief scientist at The Organic Centerexternal link, asserts that some organic products are less processed, which means they may contain fewer chemically adulterated ingredients (think hydrogenated oils, high fructose corn syrup, and preservatives).

Bottom line: "Read labels and look at each product in its own right," Benbrook says. An organic potato chip may contain as many calories and saturated fat grams as a conventional chip. "The price premiums associated with processed organic food are not as great as the premiums charged for organic whole foods," Benbrook says. (CookingLight.com: Labeling in the grocery storeexternal link )

Are organic products healthier for the environment?

What's best for the environment is hotly debated among experts. "There is no scientifically accepted evidence that organic foods are better for the environment. Organic production allows natural pesticides, which can be toxic to humans and wildlife," says Alan McHughen, Ph.D., professor of botany and plant sciences at the University of California, Riverside. Organic fertilizers may also contain harmful bacteria, such as E. coli. Plus, organic farming yields only 75 to 90 percent of the crop of conventional systems, meaning that more land must be planted in order to have an equal return. (CookingLight.com: Community-supported agriculture programsexternal link )

Organic advocates counter that chemicals used in conventional farming spread far beyond the fields where they are applied and have unintended consequences. "Synthetic pesticides have been linked to developmental and neurological problems," Benbrook says. "Organics eliminate synthetic pesticides and the damage they do to farmers, land, and drinking water."

Organic regulations also prohibit the use of genetic modification -- another thorny issue with as-yet unclear implications for the environment.

Bottom line: Focus on foods' benefit to your immediate environment -- i.e. your body -- first. "A good diet means variety, balance, and moderation, regardless of the farming method that produced the food," McHughen says.

There will be advocates to pros and cons on organic foods. And this multibillion dollar industry continues to rise at over 20% each year. Really now, considering the fact that more Filipinos do not even have a decent meal, nor eat the right diet due to economic constraints and the fact that over a billion people in Asia, India and Africa and the rest of the world go hungry, others spend more money in buying food that probably has no scientific benefit on the short term and doubtfully on the long-term basis as well.