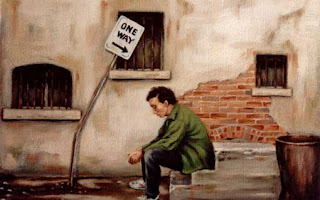 I don't understand what's all the fuzz about Noynoy Aquino allegedly seeking psychiatric help for depression and melancholia when he was 19 years, then a student at the Ateneo de Manila.

Depression can affect anyone.

When my father passed away, my mom did not take it well. She would have palpitations, headache, symptoms and feeling of suffering from a heart attack, and other somatiform disorders. She underwent various cardiovascular examinations and procedures. She saw the best doctors I knew. There were panic attacks in the middle of the night and I would rush her to the emergency room at least twice a week. After a year, I decided that she should see a psychiatrist.

It was initially a bout of anger. Did I think she was going insane? She would retort that there was nothing wrong with her. She was going to be fine. Then we would all wake up in the middle of night, hear her crying alone, hugging me, then wanting to go to the emergency room. When I explained that sometimes some of the symptoms we feel are actually because the mind is more powerful than the body, she denied that she was losing her mind. To offer reassurance, I said that she was not losing her mind. She was lonely, depressed, and sad. And it was perfectly fine. These things happen. We cannot all have perfect lives. But we need to talk to someone.

And medicines will help us on the path to recovery.

It has been 15 years since Tatay passed away and 13 1/2 years since my mom last saw a psychiatrist. I applaud her for doing the best thing - seeking help.

Only intelligent people seek help when they need to. And there is nothing wrong with someone seeking psychiatric help for various reasons.

It is not only depression with melancholic features that is a psychiatric disorder.

If you go through the whole DSM IV-TR (Diagnostic and Statistical Manual of Mental DIsorders, 4th edition, Text Revision), you may consider that probably 7 out of 10 people fall within these various categories. For example, Conduct Disorder is considered in the textbook. I see kids who fulfill the criteria for this disorder and let the parents know. But of course, the parents will always say they have normal kids and that they don't need to see a shrink even if their son/daughter has "deliberately engaged in fire setting with the intention of causing serious damage". Sure. Fine. Whatever. So why bring the kid to my clinic? "Para pagalitan nyo doctor at sabihin huwag ng uulitin" (So that you can castigate him and tell him not to do it again). Duh??

Addiction to nicotine and alcohol are psychiatric disorders. And so are sleepwalking, male erectile dysfunction, exhibitionism, pedophilia, voyeurism, vaginismus, gender identity disorder, female sexual arousal disorder, anorexia, feeding and eating disorders in infancy and childhood, enuresis, kleptomania, obsessive compulsive personalities, antisocial, maladaptive health behaviors, relational problems with siblings, child abuse and neglect, malingering...and I can actually go on and on and on and on.

So what am I trying to drive at?

First, people who need help, seek help. So what's so wrong with that? Seeing a psychiatrist does not mean that you are crazy. It is this kind of misconception that makes you wonder if these people who spread malicious mischief actually need to see a psychiatrist as well. Delusional with persecutory complexes!

Second is that people who go through traumatic events need to get help. Noynoy was a teenager at the time his father was incarcerated. It was difficult for him and his family to go through such tragic events. During those years, posttraumatic stress syndrome was not even in the DSM classification. Everything was simply lumped under depression. If he did get help, what was so wrong with that?

Thirdly, people who seek help with psychiatrists should not be stereotyped and mislabeled. Some seek help from friends or take drugs so forget their problems. Others seek professional help. You can see how misguided and uneducated regarding this matter the Filipinos are.

Finally, let's call a spade a spade. I have friends who tell me they don't like to vote for Noynoy because they don't like "abno" people. Or that they want some other crazy to become the next president.

There is always a thin line between sanity and insanity that you and I tread. If you can't be intelligent about deciding on the next president, just roll over and die. This country would be better off without the other "crazies" (baliw) that have no reason for existence at all.
Posted by Kid at heart at 11:54 AM