Laid back and finding myself in L.A. 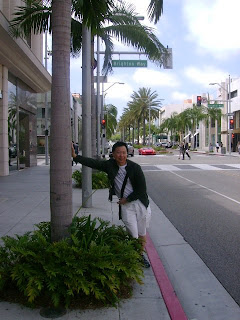 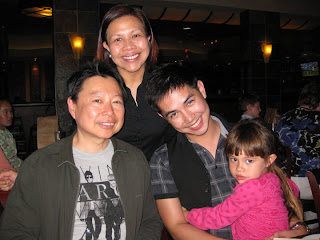 Finally, I get to write about the final part of my US trip.

While it may sound like a saga, this finally puts the cap on the vacation spiel. 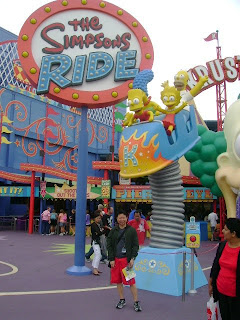 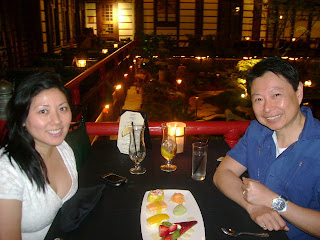 The 5 hours flight from New York to Los Angeles was an on-time flight. That was, of course, after Delta called me the day before that there was going to be a change in aircraft (from a lie-flat bed configuration to one that just tilts 120 degrees). No explanation given, "sorry for the inconvenience, you have an option to change your flight, but hey here's a $300 coupon/voucher that you can use on your next trip with us" dialogue spewed from some call center somewhere in the US. And since he was calling on my Globe roaming service, I had like 2 minutes to decide and just grab the coupon/voucher for the next leg of my flight.

It was farewell New York City and hello Los Angeles.

From one coast to another, from an urban jungle to a laid back urban city, Los Angeles was an upgraded version of what I dreamed Metro Manila should be. And dream on I will.

After getting a rent-a-car from Hertz at the Airport and figuring out how the GPS navigational system worked, it was time to ask the car to lead us to our hotel - Sofitel Los Angeles on Beverly Hills Boulevard.

While this is my second trip to L.A., the previous trips were business and no pleasure. This time around, I did take the time out to enjoy some of the theme parks (Universal in particular - where getting a Front of the Line ticket was twice more expensive than an ordinary day ticket but hey it was worth it. No queuing at rides or shows was a breather.), some of the good food, in the company of old friends and colleagues (again), and of course some time shopping in IKEA with my partner who seems to be obsessed with IKEA that we needed to go the Carsons and Burbank branches of this store.

Of course there was also the trip to Beverly Hills, Rodeo Drive, The Kodak Theater, Staples Stadium, a drive to Redondo Beach area, and did I mention so much IKEA on the itinerary?

With the shopping and fun done in the daytime, the evening was passive and laid back - having dinner and chatting with friends whom I have not seen in gazillion years. There was so much to catch up on. Personal stories told. Life stories retold. Reality checks with our past, present and future. Then there was finding out how life treated us and the "what ifs" we missed. Emotions sometimes ran high, but we needed to hide some of them. But sometimes it just takes a true friend who was willing to listen, to let go...

And this made this trip to Los Angeles one that I will always remember.

As I had always wanted to own a property in the US, somewhere that will serve as my vacation spot, Los Angeles would probably be on the top of my list now. Laid back, good weather, nice neighborhood, not too noisy and not too crowded. Something that will always remind me of home and the feeling that I never left at all...
Posted by Kid at heart at 2:15 PM