Of truths, propaganda and the "weather weather lang" phenomenon

We get confusing reports from politicians, which is bad. Of course, every politician will say that half truths and half lies are within the realm of "strictly politics". Whichever administration you're looking at, it's either you're looking at the glass half empty or half full.

So here's the beef. The lack of transparency in any government is hurtful to the people as trust is the hallmark of any political system.

Rep. Anthony Weiner a Democrat congressman in New York was recently in such an imbroglio. There was a lot of flip-flop on the statements the camp of Weiner gave regarding his sending a lewd photo of him to a woman on Twitter. His initial excuse was that his account had been hacked. Then when Andrew Breitbart had exposed more stories, the congressman hurriedly came up with a press conference apologizing for this pervert act, shed a few crocodile tears and refused to resign. 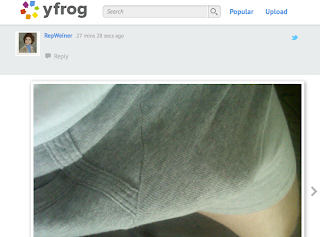 The same thing is observed on a grander political scale. The war and uprising in Libya, Yemen and Syria have baffled the world as to the true picture of what's going on there. Their heads of state refuse to step down saying that insurrection on the part of the people needs to be taken cared of by the government as it is the government's obligation to make sure that it's sovereignty and citizens are protected. But the inconsistencies in the stories coming out of Libya, Yemen and Syria (not to mention Bahrain) have left the kibitzers wondering who's telling the truth and whether NATO allies have the right to invade and meddle in the political affairs of other countries. CNN and BBC show footages of what the governments claim to be insurrection of a few. On the contrary, rebels have shown footages of human rights violations of the government as well. The scenario has NATO excusing themselves for the collateral damage on innocent lives and providing an excuse to the ongoing turmoil. But US and European media have clearly stated that the footages from the governments are merely propaganda from these heads of states in what is explained a justification of violence on its people. 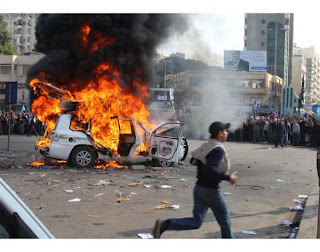 Back home, Edwin Lacierda had initially claimed that the rift at the Department of Transportation and Communication by resigned Ping de Jesus from the Aquino administration was regrettable but the spokespeople in the palace were mum on the real problem of frustration after frustration in the search for decent cabinet members that were not part of the "friends, Inc." of PNoy. It is, after all said, that what PNoy wants PNoy gets. Almost a year in office and the country is till desperately scrambling to fit into the picture of moving forward. While we have to hand over the fact that there's a bit more transparency in the government today, majority of those who had an earnest desire for a great change at the slogan "Kung Walang Corrupt, Walang Mahirap" from the people in the palace. It is said that whoever you put in with the crocodiles will swim like a crocodile eventually. And while the trapos were put aside in the current administration, it is still lacking in complete transparency and defends the wrong of friends very close to home.

Without doubt, the Filipino saying (as echoed repetitively by Kim Atienza on ABS-CBN) that life is "weather-weather lang", fits the kind of government we all have. Corruption creeps to us in various forms. Whether it is "kamag-anak, Inc." (where you have all your relatives in every little nook and cranny of government) to "kaibigan, Inc." (where you have all your buddies in the choicest governmental positions, not necessarily out of talent, but out of friendship) - the ethical and moral dilemma seems to be elusive to people in politics. 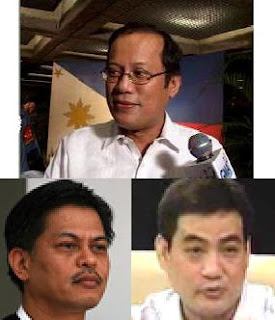 Accountability, transparency and trust. Three defining words of a good government official. Sorely lacking. Only when we find someone who will not get swallowed by the system can we truly be a better nation. I have my doubts that we will see a significant change in the Filipino way of life in our lifetime. At the moment, it's every man for himself. Our future, after all, is based on "weather weather lang".
Posted by Kid at heart at 7:19 PM