It's about time we fly right

All my bags are packed and ready to go...

November is here and I'm quite sure that we've all planned some vacation of sorts for the upcoming Christmas holidays. Some of us spend the holiday season in some other province or country - just to get away from it all. As my niece puts it, we all need a vacation!

I won't blog about destinations but about airlines and flying.

1. I don't really mind flying on economy class so long as the flight is less than 4 hrs. Anything above that becomes quite uncomfortable, so to speak, and I would prefer flying on business class if my budget (or airline miles) will allow it. Seriously speaking, long hauls (more than 4 hours) on economy becomes uncomfortable not only because of the time differences but also because of the level of comfort. In short, why does one want to arrive at his or her destination looking like part of the baggages when you can arrive there in comfort? After all, even the flight itself should be part of a vacation! There's really no better way to fly on long haul flights than on business or first class.

2. You'll have to contend with the seat mates on the plane. Unfortunately, you can't choose the person who sits next to you. I had the unfortunate experience of having an autistic child sit at the back of my seat in one of my flights from Bacolod on Philippine Airlines. The young boy was seated beside his nanny while his grandfather sat on business class. Aside from the fact that he was making several wailing sounds throughout the whole flight, he kept kicking my seat in the 1 hr flight. I simply put on my iPod and drifted into la-la land. When the flight stewardess approached me to ask me to remove my iPod because we were landing already, I whispered to her that I'd slap her if she forced me to remove it. After all, it was all that was keeping me sane from the 1 hr kicking from the poor kid seated behind me. If the airline was going to allow these neurodevelopmentally challenged kids on board, they should place them all the way to the back of the plane where they would have no passenger to harass!

3. Then there's a flight I took going to Cebu the other month. Because it was business, I was allowed to fly on Mabuhay Class. It was when PAL had a bad strike because of retrenching some PALEA employees. I didn't actually mind the in-flight service. I was irked about the fact that the woman behind me was playing Bejeweled Blitz at full volume. It was downright irritating! The bitch was either deaf or dumb! And the flight attendants didn't give a care in the world that her gadget was open during take off and landing! 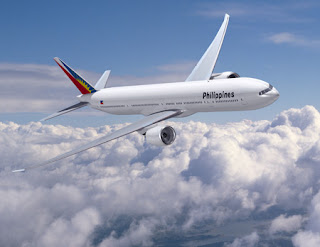 4. Of course, you'll have to contend with the various types of passengers seated beside you. Those that have body odor...gosh...imagine having to breath the same air as these people. People who are overweight (I mean really obese) should pay for more than one seat, or should be mandated to sit in business class. You can hardly move and breath in your seat or even get up to pee, especially if you're seated in the middle or on the window area. Airlines should leave the bulkheads for the disabled and NOT for those carrying babies. When you're flying on economy, please use the bathrooms reserved for your section. Children (and at times adults) usually zip in and out of the economy area so that they can use the bathrooms reserved for those in the business class section. Don't forget to flush the toilet or lift the toilet seat (if you're a guy) so that the next passenger who uses it isn't inconvenienced or dies from seeing all that sh*t floating in the toilet bowl. A little consideration in an airplane goes a long way.

5. When checking out the flights for your destination - check on line before booking with your travel agent so that you know more or less how much it's going to cost you. Check all available airlines so that you get the best time for your planned destination as well as reliability and frequency of on time service with the particular airline. You can also check for the kind of services the airline provides as well as read reviews of the airline on various websites based on the experience of various customers. Don't forget to enroll in frequent flyer miles and start collecting them. Believe me when I say that it pays off to be enrolled in a frequent flyer because you can get your next flight either free or upgraded from all the traveling one does.

6. A budget airline IS NOT necessarily a budget airline as it claims to be. For example, I was checking for the fare for Cebu Pacific from Manila to Seoul for a certain date and I found out that while the flight going to Seoul cost me about P5780 only, the return flight was horrendous at P17000!!! Which ended up more expensive than the round trip that Korean Air or Asiana Airlines was giving for the same dates! Be warned of supposedly low cost airlines!!! Why is it that the local airlines (Philippine Airlines and Cebu Pacific) end up being more expensive than foreign airlines? Seriously! It's more expensive flying on our local carriers from Manila to most destinations of the world than flying the flag carrier of other airlines!

Maybe you all have a story or two about your own vacations. I have friends in the travel industry business and they can help you decide by giving you pros and cons on your next journey. Sometimes, the travel agent can even give you fares much lower than purchasing on line! With the internet at our fingertips, you can always verify their claims so that you're abreast of what you're purchasing.

Remember - that it's the journey that counts!
Posted by Kid at heart at 8:51 PM