Humane till the end 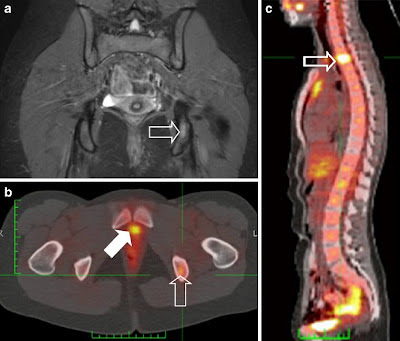 He buried his wife two years ago. She succumbed to cancer.

A few months after his wife's death, his 9 year old son was diagnosed to have rhabdomyosarcoma, stage IV.

In spite of the devastation that came his way, he tried to stay strong. He worked day and night in order to make sure that his son got the chemotherapy he needed. He was looking for a cure.

I don't know him personally. Today, at the gym, my trainer introduced him to me. He didn't talk much. He told me his son has cancer and he's dying. He just wanted to talk. He told me that after the last round of chemotherapy a few days ago, his son seemed to become weaker. The oncologist told him that he has lung metastases but that they could try another protocol. He looked back at his son who at this point could not even walk. The indwelling catheter has been there for the longest time as well. Aside from the battle with cancer, his son was battling the infections that was making his frail body weaker and weaker.

He heard about me. That I am a pediatrician. That I had several patients from the country club.

I sat there and listened and when he stopped telling me his story, I told him that perhaps it was prudent he discussed the prognosis of his son with his oncologist. He told me that that was just it - they would try another protocol. He felt that his son was getting worse. Would the new protocol help?

I looked at him in the eye and asked him what his son thought.

That was when he shed the tears.

I needed to look away. I could empathize with him.

When he stopped to sob in between, I asked him again what his son thought.

He said that his son said that he was tired and was asking him if it was near the end...and he was looking for a miracle.

I held back my tears and told him that if I were in both their shoes, I probably would look at the realistic part of it all. I cannot tell him what to and what not to do. First, he will need to spend a bit more time with his son. He will need to borrow another moment, another day with him, and even in the terminal part of his son's life, he could spend more time with him because tomorrow may not come again.

You see, as doctors, the reality is that we can cure sometimes, relieve often, but must remember that need to comfort always. We are not God and we cannot play God. There is a hand that guides us and helps us in our daily encounter with our patients. But that we remain focused on being more humane to our fellow men, is the hand that heals even the devastated spirit.

I asked him if his son was ready.

That's when he broke down completely and just nodded his head.

My last question was - is he ready?

Except for the sobs in between, the silence was deafening. He needed to cry, and I needed to comfort. I had no answers. I could not perform miracles. And I will pray for them.

Tomorrow is another day, another battle - who knows maybe another miracle.