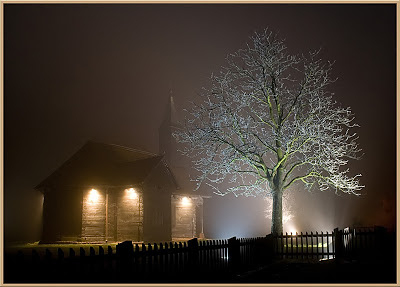 It's 6 days to Christmas and I have not posted a blog for the longest time.

Oddly, it's one of those days where I don't even feel the Christmas spirit. I am not sure if it has anything to do with the workload or or what has happened to some of my employees, friends and loved ones this year. It was, I should say, a most challenging and difficult year.

There were those who I had the honor of working with for the longest time, leave the company. There were those who had lost loved ones to illnesses which even the best that medical science could offer, could not save. There were tasks in the work field that became difficult and patience became a virtue. (It definitely isn't me, but I had to learn it the hard way.)

In short, there were hellos and goodbyes.

Perhaps the most difficult of all was to see loved ones go through the worst days of their lives and there were times that I felt that God was not around to make the pain go away.

I remember the year when my father passed away, it was one of the most miserable Christmas of my family. My family and I huddled in a corner and hoped that the year would pass quickly.

During the weekend at the mall, I strolled around to see the merry making, shopping, caroling, dining, glittering and whatever joy that decked the halls that make Christmas tralalalala-lala! And as I reached home, it would be one of those silent nights, waiting for a brand new day.

I mulled on the thought that while the shoppers were busily wasting their 13th month pays and Christmas bonuses on gifts galore, there were street kids who have nothing to look forward to. The victims of the recent calamity, Typhoon Pablo, had yet to recover from their losses. And it looked like the community where I lived was awash in cash and gadgets.

Even newspapers had the commercial angle of posting articles on "what do you want for Christmas"? Gadgets, Clothes, Cash were at the top of the list. Food was at the bottom. Christmas had lost its meaning. It is a materialistic season and that's the bottom line.

In reality, media has brainwashed us into believing that the true spirit of Christmas was in the spending spree of all that we earned or worked for for the year. It's the once a year splurge that heralded the airwaves even as early as September (in the Philippines, the -ber months stood out to mean that Christmas would be near). In the Philippines, there are two seasons where work comes to a standstill - the holy week leading to Easter Sunday and Christmas leading to the New Year.

And while we prep up the economy through spending more this Christmas, there will be many as well who will not feel the yuletide joy. And the mixed feelings of joy and sadness permeate my silent nights.

I hope that for those of you who regularly read my blog, you may find a new meaning to Christmas...more than just the gift-giving and merry making in our homes, but in those whose lives we can touch and we can change because this Christmas, we made a difference in their lives.