Between Belo and Boy.... 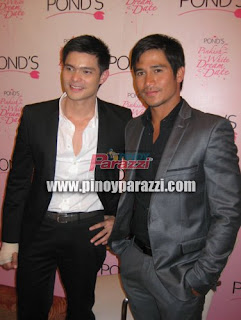 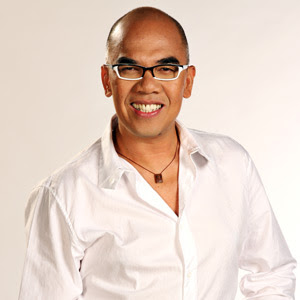 There's an all out war by friends of Boy Abunda against dermatology cum cosmetic specialist Dr. Vicky Belo on her striking a chord against talk show host Boy Abunda in the most recent spat on tinseltown. Belo made a comment when controversial DJ Studboy Mo Twister asked her during a talk show on GMA 7 on her comments regarding rival Calayan and she replied that "if you want to look like Piolo Pascual or Dingdong Dantes then go to Belo. If you want to look like Boy Abunda go to Calayan". Calayan is the competitor cosmetic spa owned by Drs. Manny and Pie Calayan.

And the war began. Fellow ABS-CBN alumni waged an all out war against Belo with fellow ABS-CBN reporter Jobert Sucaldito coming to the rescue of Boy Abunda. Sucaldito maligned Belo on his radio show.

All I can say is poor Vicky.

Abunda has found comfort in the fact that all his peers (on channel 2, that is) have rallyed to his side. And with them owning prime time viewership, well, let's just say that Belo has bought her coffin for her career.

But in fairness to Belo, it is odd that Calayan would use Abunda as a model. I mean, really. No offense meant, but let's leave it to the mirror to talk. Uhmm, Boy, if you were to look at my magic mirror, what would it tell you about your looks? Then again, according to Boy, "perhaps Calayan saw a different beauty in me".

While Abunda has cried a river on ABS CBN and cried foul and poured his heart out to the public that he has achieved fame and fortune not because of his looks, I tend to look at the more positive side of the comment of Belo. Abunda should agree to the fact that while he is not good looking, Calayan has made wonders at making him look better than what he would have looked like, had it not been for the magic wand of the Calayan team. External beauty has its price, but it cannot change what is skin deep.

The onion skinned people who have gauded Abunda into believing that he is like the protagonist in the "Emperor's New Clothes" have been unmasked by the little Belo who just said, he's not wearing anything at all. So those who sucked up on the gullibility of Abunda are now tearing up the wall of Belo and want her Botoxed skin for the taking.

In short, what's so wrong with not being good looking? True beauty after all is skin deep and beyond the human eyes. Reality bites. Ouch?
Posted by Kid at heart at 3:12 PM