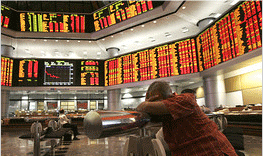 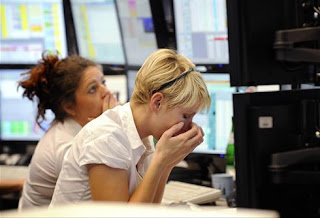 On CNN the other day, there was a discussion between two newscasters on whom to blame for the global economic depression. Flipping through the cable channels was depressing, to say the least. Of course, one had the choice of going through the local news where the grim specter of kidnapping, murder, the corruption of GMA's government and showbiz scandal make the day more putrid.

But the exchanging banter between the newscasters on the Davos Economic Forum left me thinking - would the world economy crash overnight? And yes, who was responsible for this? Which led me to thinking about basic economics which I learned in high school. The law of supply and demand!

True, notwithstanding all the hooplah about the subprime mortgage the United States had gone through, the spiraling crash of the market worldwide did not seem like it started alone with the real estate disaster spawned from greed among hotshot business yuppies in the US.

The subprime mortgage was only the tip of the iceberg. Fund companies began lending out money to almost every Tom, Dick and Harry. Those with inadequate funds were also allowed to loan. And when the banks began collecting the loans, so much bad debts were eventually uncovered. The rest was history.

Undeniably, the various investigations then led to the discovery that several, if not practically all CEOs and COOs and CFOs and other "chiefs" (what's in a name) were tagged as raking in millions to billions of dollars as their take home paychecks. Far beyond the pay grade of what the ordinary businessman used to get, greed got in the way. And companies were paying million dollar wages to lackeys - those that had a degree, but didn't have the brains or balls for the job.

Unraveling the mystery on the whodunnit first isn't really a challenge. I recall my high school economics teacher etching on our blackboard the need to balance the economy with a seesaw rule where the demand and the supply are on both sides of the tipping scale.

So now I pose the hypothesis. Sure the global economy grew in the past decades. And yes, free trade in a free world surely is the way to go. But at what price? I think that the basic economics where more supply than demand, is the culprit for the worldwide slowdown.

I look at it from a local perspective. When Globe and Smart initially introduced the concept of a cellular phone in the Philippines, the queue was horrendous. Everyone wanted one. The mobile phone was hot business. People didn't mind getting locked into plans that were horrifically paying off only for the phone companies. After less than 5 years in the market, there was a sudden slowdown - in mobile phone units, plans, prepaid concepts - and an increase in the providers. The plans got really cheap and the phone aplenty. From initially a Nokia and Motorola model, came along LG, Blackberry, iPhone, Samsung, Vertu, several China made models, Sony Ericsson...Of 90 million Filipinos, it is estimated that there are about 65 million phones running around in the country (and counting). This includes the toddlers who already have a mobile phone in their hands and the subscribers who have a second, or third, or even fourth mobile phone in tow (one has got to be a Sun Cellular for indefinite texting and calling). I guess, the Philippines did not earn the title of "Texting Capital of the World" for nothing.

The Philippines has had its share of the real estate flop when Fidel Ramos was once president and the first wave of the financial crisis had taken its toll on the Asian region. Properties lost their values. Today we see a wave of growing condominiums and real estates by Ayala Land, MegaWorld, and other developers at leaps and bounds. Properties are pre-selling like hotcakes and the Philippines is about to experience the first bout of defaults when people begin to lose their jobs as companies merge and lay off workers.

Which goes back to my hypothesis - that there is too much of the good stuff running around. Too much supply for a market that is already saturated with material goods. And the demand has decreased because more and more people are not in the financial capacity to buy. With the current situation of a collapsing financial institution, people are holding on to whatever cash they have on hand.

And we're all asking - are the banks safe haven? Remember, all these banks use our money to lend it to other business enterprises and once these businesses begin to shakedown, so do our cash. And it can come full circle where even the biggest local banks can collapse.

The dreadful scenario leaves many of us who have some savings wondering about the future.

But the Filipino is a different race. Resiliency is in their spirit. And they've been through both good and bad times and most know how it is to be dirt poor. And most of us will survive it. The question left is, how? Don't you see the spate of wannabe movie stars, singers, newscasters, and politicians?

Hopefully not through greed and corruption. Karma has its way back home...
Posted by Kid at heart at 11:34 AM