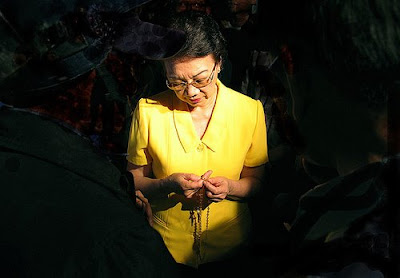 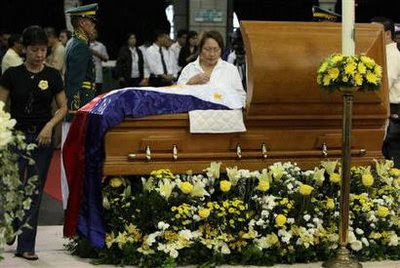 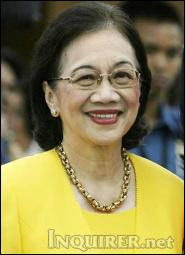 I grew up in the Martial Law era. The mid 80s were tumultuous times in the political system of the Philippines. The dictatorial government of Marcos was ousted after the death of his political foe, Sen. Benigno (Ninoy) Aquino. His housewife, Corazon, ran for president. The rest was history.

Overcoming EDSA revolution and several coup attempts during her term, President Corazon Aquino, or as Tita Cory to many, was the icon of democracy. In spite of all the dirty politics in this country, Cory stood as the symbol of a president whose principles would not be corruptible. She was indeed, the symbol of democracy, in a country ridden of graft and corruption.

The turn of events in her life would be remembered as the woman who fought the greatest battle in the political arena of this country. On August 1, 2009, at 3:18am, Tita Cory had lost the battle to colon cancer.

In this time of mourning for the Filipino people, let us hope and pray that we do not forget the battle that Tita Cory fought for. During her lifetime, she was the pillar of democracy that helped tide the Filipinos even in their worst times.

Let her struggles not be in vain as we remember the woman who changed the face of politics, not only in this country, but the world.