The difference between entitlements and entanglements 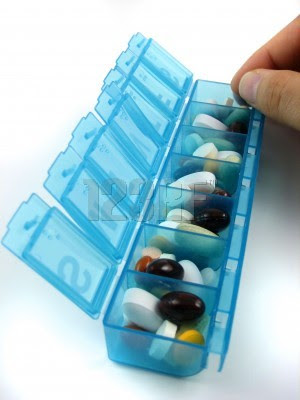 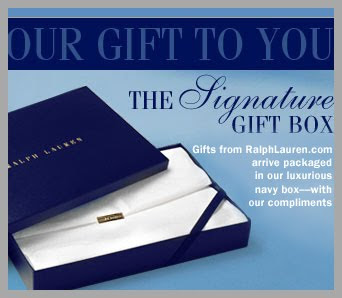 I do not know how to write this blog without probably touching some nerves among the doctors in the community. But I will try to discuss briefly the debacle between entitlements and entanglements of the Filipino physician (or most physicians at that) in the era of cheaper medicines and generic equivalents.

Entitlement is defined as the state of condition of being entitled; it is a right to benefits specified specially by law or contract. Entanglement is getting entwined or involved in a perplexing or troublesome situation. These two words pose problems in their relationship with the pharmaceutical industry and must be delineated.

A decade ago, I had given the plenary talk to the Philippine College of Physicians regarding the relationship between the pharmaceutical company and the physician. I have to thank Tony Dans for "forcing" a pediatrician to talk about a topic that a lot of physicians would prefer to keep quiet over. While it was well received and that I had to give a repeat talk on the topic at Makati Medical Center a year or two later and at the Philippine Dermatological Society as well, I guess just like the seeds that fell on good ground, some fell on deaf ears.

Now more than ever, the issue of entitlements and entanglements in the industry has captured the eyes and ears of every patient and every government official. In short, we just need to answer the inquiry - SHOULD DOCTORS RECEIVE GIFTS FROM THE PHARMACEUTICAL COMPANIES?

I initially took a poll at Facebook but only a handful of my doctor friends gave their honest to goodness opinion. The rest remained quiet (or dead to the world). This issue is an anathema and may spark changes in entitlements that the pharma companies provide to the doctors in terms of convention trips, lavish gifts, dinner and shows, and other "marketing gimmicks".

It is clear that the industry is partly to blame for the current thinking of some doctors who believe that they are "entitled" to gifts from the industry. While the industry tried to police itself through the Pharmaceutical Association of the Philippines following "ethical" guidelines on "gift-giving" to doctors, some of the drug companies, especially large local generic companies refused to join the association. A "me-too" company has no research and development expenditure. They merely wait for patents of multinational companies to expire and just "copy" a generic version of the drug. No drug development fees. All information that is being utilized by a generic company are actually studies from the originator or innovator company. After all, they are already public material because they have been published. Naturally, with every new study that the innovator company comes up with, the generic company simply quotes the results of that study. With RA 9502 on the Cheaper and Quality Medicines Act, one cannot help notice that the word Quality comes after Cheaper. Time and again, I remind everyone that the most expensive drug is the one that does not work. And Quality Assurance as a pillar in ensuring quality generic equivalent drugs in the market is still a distant dream for the local Food and Drug Authorities. In the meantime, many generic companies spend most of the "marketing strategies" NOT AT DEMONSTRATING their products are equal to the innovators, but rather at sending doctors on "junkets" and sponsoring drug stores and retail outlet owners to "extravagant" trips through "gifts" disguised as an assurance that their companies are in the "playing field" as the rest of the world.

Then there are the bad eggs in the profession. There is the doctor who thinks that the drug company "owes" him a trip to Jerusalem or should be "up there" with the other big prescribers. There are "stories" of doctors asking pharmaceutical companies to pay for their birthday parties, dine outs, lap tops, office equipments and other sorts of remuneration for a prescription. Then there is the evil thought of banning the pharma company that "forgot" to sponsor him to the annual convention or paid his annual dues. What the physician has forgotten is that these are ENTANGLEMENTS and not ENTITLEMENTS. None of us are entitled to what the industry MAY give. That is why these are called conflicts of interest.

Specialty societies also demand from pharmaceutical companies "sponsorships" for annual meetings so that they organization has money to run its projects. Some societies end up being very harsh and demanding. If the companies refuse to sponsor an activity, the officers consider "banning" the company from the "corporate friends" of the society.

The harsh reality is that there is a need to rethink about this scenario. A paradigm shift in this changing era of consumerism and cheaper and quality drugs should be the focus of all concerned. This shift is a wake up call to all that the ethical and moral obligation of the medical professional is upon the better good of his patient and not of his own frills and follies.

The recent news of Pfizer paying a record $2.3B settlement for illegally promoting 4 prescription drugs sent a shockwave not to the medical community, but to the public. The public became enraged when they found out that "to promote the drugs, authorities said Pfizer invited doctors to consultant meetings at resort locations, paying their expenses and providing perks. "They were entertained with golf, massages, and other activities," said Mike Loucks, the U.S. attorney in Massachusetts.

"Pfizer's corrupt practices went so far as sending physicians on exotic junkets as well as wining and dining health care professionals to persuade them to prescribe the company's drugs for patients in taxpayer-funded programs." In the Philippines (and in the world might I add), it is not only one company that has engaged in unethical detailing of drugs, but this marketing tool of wining, dining, and gift-giving to the physician has bloated not only the budgets of the companies and sent the prices of drugs soaring, but has bloated the egos of doctors who think that they are "special" in the eyes of the pharma industry.

We need to remember that in the corporate world, "gift giving" requires an exchange in the end. No one is asking us to be a saint. The next time the gift giver provides us an extra happy meal, let's try to remember why the meal comes in a special wrapper.

The devil once asked, "So, how much is your soul worth today?"
Posted by Kid at heart at 9:43 PM

during one of our meetings - you have mentioned, when one asks you how much your soul worth? make sure you answer - priceless! and i still adhere to your advise.