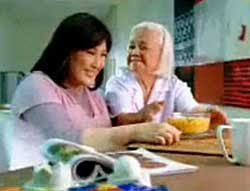 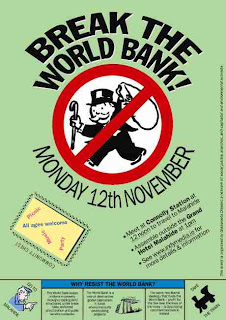 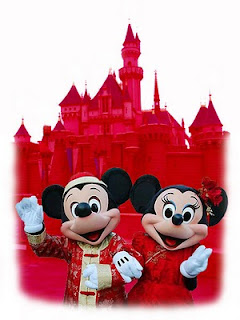 It's one of those days that I picked up the newspaper to read. I normally don't like ruining my day by starting off with the news, but getting caught in the traffic rush during the holidays makes you decide on whether to look outside your car window with the mendicants chanting Christmas songs or just opening the papers. The lesser evil was to just go ahead and read.

Here's my take on the headlines:

"Gloria goes to HK for holiday retreat" - so GMA went to Copenhagen to attend the UN Climate Summit. And in 2 days time she was out of there! Because of the debacle in Denmark, where the delegates could not agree to anything, La Vida Glo suddenly made a quick exit. Her excuse? Mayon Volcano is about to erupt and her country needs her. Well, so much for her bleeding heart. And the plane touches down in Manila and in less than 24 hours, she is out of the country...in Hong Kong...reportedly on vacation with her grandchildren whom she promised to take on vacation. No surprise at all at GMAs actions, but come on...Malacanan should avoid making excuses for her pompous lifestyle. None of the Filipinos would care if she went to Hong Kong to meet up with the maids there or Mickey Mouse. While she is entitled to go on vacation (not that she has not gone on any using the money of the Filipino taxpayers), transparency does not seem to be in La Gloria's vocabulary. She reportedly will spend her Christmas holiday in Pampanga this year. Alongside with the idiots who will be voting for her as the next Congressman of their district.

Pork hiked in budget, says solon - The national budget for 2010 is reportedly up by P35billion, with pork barrel insertions in rush meetings last week. The government is already facing a P300billion deficit this year and would face another P300billion by end of next year (or greater). Of course, administration congressmen Edcel Lagman and Danilo Suarez are on the defense. Suarez says that some of the lawmakers (or they should call them law breakers) asked for the increase in infrastructure funding for the rehabilitation of their districts, especially those devastated by the string of typhoons and other "acts of God". Come on...natural disasters are the joy of those in public service. It's the best excuse to put their hands in the cookie jar, so to speak. Fyi, if each congressman received P70million for project allocation, and that would ALL be put into proper use and accountability, there would be no need for asking for more. Unfortunately, I still don't see where my taxes are going to. Sa totoo lang - hindi lang kayo ang may karapatan yumaman! Mga dupang talaga!

CHR slams journalists for attack - Innocent until proven guilty. That's what Leila de Lima, chair, Commission on Human Rights said regarding the unruly behavior of the journalists towards Andal Ampatuan, Jr last week. According to her, even suspected mass murderers have rights, too. De Lima wants the journalists investigated. Come on...they're just venting out their anger. Even ordinary people have feelings too. You need to make them grieve and express their anger. It's human nature to do so. We go through stages of anger, depression, bargaining, before acceptance. No matter how trivial or tragic the event, it is a human process we go through. I guess next time, someone should just go massacre the whole clan of de Lima. Let's see her reaction.

RP poor tax take worries WB - Bert Hofman, WB country director for the Philippines, said in a briefing that a 13% tax effort in the country is worrisome. The tax effort, a closely watched economic indicator, is the proportion of tax collection to the total value of goods and services produced by the economy - measured in GDP (gross domestic product). It indicates a government's ability to generate more taxes as the economy grows. A drop in the tax effort shows a declining efficiency in tax collection. The anemic tax collection according to the government is due to laws in providing tax relief - exemption of minimum-wage earners from paying income tax, cut in corporate income tax rate from 35 to 30%, and tax incentives on select businesses. Both Hofman and the government have got it all wrong. Hofman is barking at the wrong tree by squeezing out the last penny of every good paying citizen. Enough is enough. We can't give more. Of course, we can appropriate more money to the jobless Pinoys if we get rid of the expats in this country. One expat is enough to feed 50 workers in the middle income bracket or around 200 minimum wage workers. Like all watchdogs, Hofman just sees the trees, but not the forest. He looks at it from a mediocre viewpoint and not looking at the bleeding spots of graft and corruption this government has. Look at the lifestyle of La Vida Glo! He would prefer to stand politically in the middle so that he doesn't become persona non grata. The poor cannot use the excuse of being poor as an escape from having to pay taxes. They still use the same roads we use. They get the privileges from the government for the taxes we pay for. In short, the government should find a way to tax even the minimum wage earners - which include the jeepney drivers, pedicab drivers, bus drivers, taxi drivers, street sweepers, newspaper and cigarette vendors, maids - everyone that earns no matter how little. And squeeze the very rich as well - these mall owners who charge an arm and a leg just to park in the malls, taxes for cars and luxury goods, added taxes on vices (cigarettes, coffee - yup even starbucks, alcohol), added taxes on premium gasoline, sports cars, high end retail shopping, etc. You cannot squeeze from the middle class anymore. Enough is enough. Let the rich and poor contribute to the coffers of society. Oh come on...you gotta admit that these people who live in squatters area have even more than the average Joe. Look at most of their homes - DVDs, flat screen colored TVs, refrigerators, iPods, mobile phones, and even airconditioners (which I don't know how it hangs in their walls).

Mega-Bay says goodbye to 'yaya' - Yaya Luring was 83. The family of Sharon was celebrating a Christmas party for the staff at their home in Santa Rosa Laguna when Yaya Luring had a heart attack. Rushed to the hospital, she was declared dead on arrival. Sharon was 5 years old when Yaya Luring became part of their family. The rest is history. Yaya Luring was close to Sharon and Yaya Luring, in real life Loreta Benitez is just as lucky to have been part of the family of Mega. So, yes, for those of us who grew up to Sharon Cuneta, Yaya Luring had her luck in the limelight in, albeit, cameo roles as blink-and-you-don't-see her roles in Sharon's films. But as fate would have it, she would be part of Sharon's life till the very end. Her wake is at the Sanctuario de San Antonio in posh Forbes Park and will be laid to rest at Heritage Park in Taguig. Truly, the Mega Nanny in the Mega Star's life till the very end. Oh come on...I thought this should have been the headline!
Posted by Kid at heart at 8:15 AM