The other side of the fence... 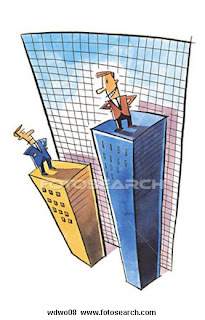 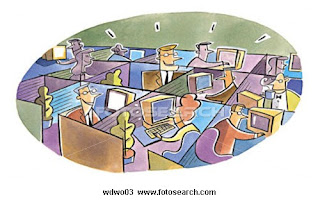 Over dinner, my partner and I had talked about work. Something we don't talk about often. The topic centered on "office politics".

During the conversation, the discussion focused on what goes on in the corporate world. That the boss would have favorites and would put people in position in spite of the fact that their work was not up to par compared to others.

Last night, I had dropped by the house of a friend whose mom celebrated her birthday. And ironically, it was the same topic we talked about - politics in the workplace.

I lamented to my friend that I had been a victim of politics in the workplace. Toward the last two years prior to my retirement from the university, I had felt unhappy. While I struggled to survive the "political system" in the academe, I knew that only those who belonged to an inner circle would get to become department chairs. No matter how good you were, the peer pressure was incredibly stupid.

It was a difficult, and sad decision that I took my early retirement and shifted gears in my career. I ended up joining the corporate world. It was a transition that was paced. With my lesser teaching load, I had time to migrate to another job on a part time basis. And while I began to learn the ropes, I was wondering what in the world I was doing here. I love to teach and it was my passion. Am I happier in the corporate world? Not really, but the people have been supportive and there was an opportunity to spread my wings. I would not want to waste my final years in a place where I was not happy. I left the university without any fanfare. For the twenty three years of service, they gave me a plaque of appreciation and a mediocre watch. I did not even attend the testimonial.

It's the system that sucks. People get promoted not based on credible merits or objective judgment. In this dog eat dog world, the reality is that you need to suck up to those in position so that you can advance and be recognized.

I told my friend that's it's not only the corporate world. It's the same everywhere. I guess some, if not most of us are victims to politics in the workplace. The saying that "it's whom you know" and not what you know is an apt description.

Some say it's part of the work system. It's a process. And yes, the process sucks! No matter how much you deserve getting promoted, or how good you are at your job, there are times that it doesn't get the recognition that you rightfully deserve - no matter how much passion or time you put into becoming better.

And there's the rub.

One gets disappointed and hurt.

But it's not just the disappointment nor hurt that's palpable. It's the consequences that follow. For example, we promote people who are inefficient and not deserving of administrative posts or power. Like the policemen during the last Quirino Grandstage seige. We give them guns even when they do not deserve it. We provide government officials with plum posts and yet they steal from our coffers and immorally justify their take. We make deans or VP for operations or CEOs out of people whose conflicts of interests are so mired that they cannot distinguish rewarding those who are deserving compared to those whose friendships and relations are for vested interests.

I have been silent for some time on this issue, because people can always say that perhaps my sentiments are reflections of a "sour grape".

My partner is right. This perspective depends on which side of the fence you are on. And one will always reason out that he/she deserves the plum post because he/she has worked far harder than you or that he/she has the distinct advantage for knowing the "boss".

No matter how I look at either side of the coin, influence peddling is immoral and we will remain a pathetic race, unaccountable to those we serve, if we remain blind to objectivity in the workplace.
Posted by Kid at heart at 7:06 PM