Heroes in our midst 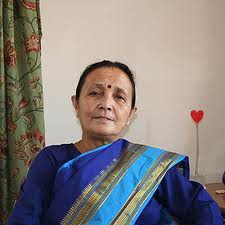 CNN Heroes of the Year 2010 was a touching revelation of how the human heart can overcome the obstacles we face in our daily lives.

Perhaps some of us just don't see the misery, the poverty, the decadence or the hardship that other fellow human beings go through.

Perhaps in the very confines of beautiful homes and comfortable work places or the fact that we are not financially incapacitated, makes us miss the point of the Heroes of the Year awards.

But here are the 10 ordinary people who made it to the CNN Heroes of 2010.

1. Guadalupe Arizpe De La Vega founded a hospital in Juarez, Mexico, that cares for about 900 people daily -- regardless of their ability to pay. Despite the escalating violence in the city, the 74-year-old travels there several times a week to make sure residents get the care they need.

2. Susan Burton was once caught in a cycle of addiction and incarceration. Today, her nonprofit A New Way of Life Reentry Project provides sober housing and other support services to formerly incarcerated women in California.

3. With her weight-loss challenge, Shape Up Vicksburg, Linda Fondren is helping her Mississippi hometown battle the bulge. Through free fitness activities and nutrition classes, residents have lost nearly 15,000 pounds to date.

4. Anuradha Koirala is fighting to prevent the trafficking and sexual exploitation of Nepal's women and girls. Since 1993, she and her group, Maiti Nepal, have helped rescue and rehabilitate more than 12,000 victims.

5. Narayanan Krishnan brings hot meals and dignity to India's homeless and destitute -- 365 days per year -- through his nonprofit Akshaya Trust. Since 2002, he has served more than 1.2 million meals.

6. Since 1992, Magnus MacFarlane-Barrow has dedicated his life to helping people in need. Today, his program, Mary's Meals -- run from a tin shed in the Scottish highlands -- provides free daily meals to more than 400,000 children around the world.

7. Harmon Parker is using his masonry skills to save lives. Since 1997 he has helped build 45 footbridges over perilous rivers in Kenya, protecting people from flash floods and predatory animals. The bridges also connect isolated villagers to valuable resources.

8. Aki Ra is helping to make his native Cambodia safer by clearing land mines -- many of which he planted years ago as a child soldier. Since 1993, he and his Cambodian Self Help Demining organization have cleared about 50,000 mines and unexploded weapons.

9. Evans Wadongo, 23, invented a way for rural families in Kenya to replace smoky kerosene and firelight with solar power. Through his Use Solar, Save Lives program, he's distributed an estimated 10,000 solar lanterns for free.

10. Since 2005, Texas home builder Dan Wallrath has given injured Iraq and Afghanistan veterans homes of their own -- mortgage-free. He and his Operation Finally Home team have five new custom homes under construction.

Ordinary people with extraordinary efforts at making life better for others...

Anuradha Koirala was the CNN 2010 Hero of the year. In her very own words, "one day all this trafficking will end". In the words of Aki Ra, making Cambodia safer by clearing land mines ins "one mine, one life". Indeed, one act, one day, one at a time.

I know that there are more ordinary people like them (including our very own Efren Penaflorida, CNN Hero of 2009). If each of us contributed to society by helping others and serving as a beacon of hope and light for those who have less in life, this world would be a better place.

We do not expect to make Mother Teresa's from each one of us. It would be a tall order to ask. But become a hero in our daily encounter with everyone is something achievable.

As we all get enmeshed in the Holiday rush, we shouldn't forget the real meaning of Christmas. It's not about Santa Claus or the material gifts the season so commercially symbolizes.

It's about giving more to those who have less in life.

It's about time there are more heroes in our midst.