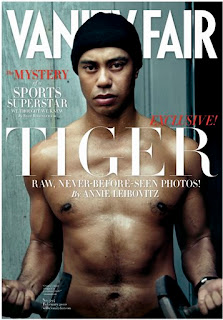 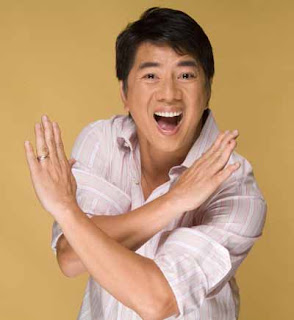 After the fall from grace, Tiger Woods announced that he would be making a comeback in the golfing circuit.

But many of his once major sponsors are too spooked to endorse him the second time around.

Vanity Fair featured him in January 2010. On the cover was a buffed Tiger Woods. Inside the magazine is the story of a man who led double lives.

He rose to fame winning over 70 professional golf association tournaments, endorsing several sports wear, drinks, aids, branded watches, and being the richest professional athlete of his time. At 21, he had stunned the world by capturing prestigious gold tournaments after golf tournament events. At 33, his double life had caught up with him. In a dazzling dip from his popularity, a car accident had revealed the indiscretions - his taste for kinky sex (threesomes with women on women being his fave, s/m play, sex addiction, pay for fee escorts, dirty text messages and porn) and his affiliation with a doctor known for providing regulated (read, prohibited) drugs for performance enhancing (read, steroids and growth hormones).

His marriage became a sham. A beautiful wife was emotionally battered. Irreconcilable differences led to his crucifixion by media. And his meteoric rise to fame would be erased in one day. In the history of sports victory, the life story of Woods would be the kind of tale that would be talked about in years to come. Even Hugh Hefner had puked over the pornographic lifestyle of Woods.

In retrospect, even in his interviews during his early beginnings, there were signs of immaturity, of proclivity to the world of sex and sex and more sex...

Has America forgiven their favorite son? Perhaps not that soon and while Woods tries to make this comeback, he will be facing the greatest challenge of his life from a country that once placed him on a pedestal. In a country that has made Tiger, the Americans are not the kind that will soon forget the shame he has brought on them.

Back in the Philippines, Willie Revillame is no Tiger Woods.

Revillame is a rags to riches story. As a comedian in many two bit slapstick movies, he crawled his way to fame and fortune. Unlike Pacquiao and perhaps Manny Villar, Revillame is a different breed.

Ricky Lo in his column in the Philippine Star had two pages dedicated to the P145M mansion that Revillame had recently bought and furbished. Aside from that is the lot right in front of ABS-CBN which Revillame had bought from Freddie Garcia (former ABS-CBN president) to the tune of P45M. A mall, called Wil's Mall, owned by Revillame and co-developed by Manny Villar is now rising right there. 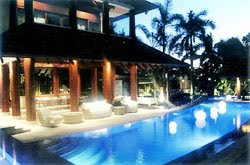 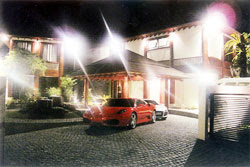 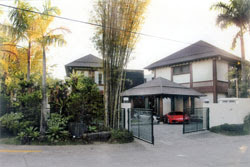 What is astonishing is how much does Revillame actually make? He has only his Wowowee show on ABS-CBN. It is reported that he makes P1M per show (minus taxes should be about P700,000, that is IF he pays taxes). Then there are of course his record albums. But he is not a singer. Even in the CD albums, he cannot sing. He simply talks and rants and they say...raps? But it is reportedly always a best seller. Duh??!?!?! Talk about the deaf.

And there is Bench. No, he is not an underwear model (God forbid, otherwise Bench would go bankrupt). But what the? Cologne by Revillame? What's with the scent? He's a model? He doesn't even have the looks and the brawn for it.

And there is TechnoMarine. This is one expensive watch. But I do not think that his followers could actually afford this watch, so what's with TechnoMarine's take on Revillame endorsing them?

In the Philippines, the following of Revillame is actually the masses belonging to the first and second wealth quintile of society. Probably a sprinkling of those belonging to the third and probably a rarity from the 4th and 5th quintiles. So I have my doubts on TechnoMarine's sales going up because Revillame is endorsing it. And I have my doubts that he actually sells CD albums or colognes to this segment of society as well.

I disagree. Revillame owes his fame and fortune to the poor. They, whom he has fooled. I've always said - there is no greater fool than the fool that was fooled by a fool. Madaling mauto ang mahirap. Kahit na kaluluwa nila itataya nila, lumabas lang sila sa telebisyon. And most, if not all the game shows have hosts that not only make fools out of the contestants (especially the local game shows), but have this penchant to make them really look stupid on the air.

Wow! Revillame apparently has a helicopter, a yacht, dozens of expensive cars, million peso houses, lives the lifestyle of the super rich...nothing wrong here, but where is his money coming from? If the show hosts in this country are making so much dough, the BIR should be running after all of the movie actors, actresses, show hosts, wannabe actors and actresses, whatever! They seem to be making gazillions and are not afraid to flaunt what they have. With what Revillame makes, and what the BIR taxes, he must be paying about P150M a year at the minimum - if he actually pays his taxes.

But the Filipino unlike the American is a forgiving race. A forgetful race. A different breed.

For a country that is so poor, where the idiots take the lunatics for a ride, the fall from grace in this country is actually a redemptive value because the Pinoys love an underdog. The tears that Revillame sheds on TV buys the general public into accepting him into their fold.

It is because his life story is the kind of story that every Filipino dreams of.

And the difference between Woods and Revillame is the kind of people they pan to, that are are willing to be taken for a ride.
Posted by Kid at heart at 8:49 AM

Whoever wrote this, you deserve an apology to the Filipinos you just insulted!! We're not idiots!

Tiny, that is your opinion and what I said is mine. I did not say that Filipinos are idiots. If you read the line again, I said that the "idiots take the lunatic for a ride....". You should be able to grasp the grammar here. Finally, we should never be blind to so much deception and commercialism, that we only feed the people who fool us. "No greater fool than the fool that was fooled by a fool."