Private Practice - As real as it gets 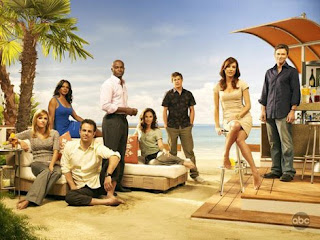 Not since ER or Grey's Anatomy have I enjoyed a medical drama series called Private Practice.

In the Philippines, it shows on Star World (cable channel) at 9PM on Thursday evenings right after American Idol's 9th Season.

The series which started September 2007 in the US is a spin-off of Grey's Anatomy and features Dr. Addison Montgomery (Kate Walsh) as she leaves Seattle Grace Hospital to jon a private practice firm based in Los Angeles.

The physicians are private practitioners based in LA and the setting is a private clinic. But the lives of both the doctors and families and patients that are intertwined in the series is the most heart wrenching medical drama that I have seen. It is not some Doogie Howser where a young physician is a genius at bay, nor is it like House where the doctor is the central theme of the story.

Rather, the story evolves around both the medical and timely, ethical and legal issues surrounding the lives and decisions that doctors, like us, have to make in the practice of medicine.

It's as surreal as it gets and is on it's third season (in the US or if you can get pirated DVDs in the Philippines, you'd be up-to-date on this).

If you're a doctor, you're bound to be engrossed in the ethical dilemma physicians face. It's actually a good teaching material for an ethics class for students in the medical school. If you're a patient, you'll understand the crossroads doctors face when you see us for consult.