Bitching 101 - Of idiots and morons 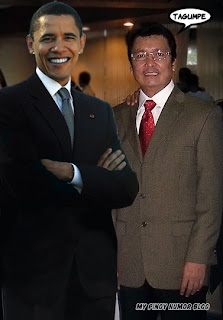 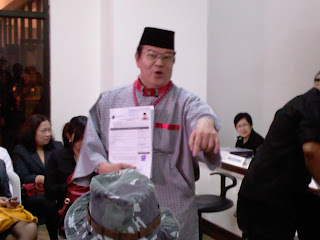 The Commission on Elections (Comelec) junked disqualification cases against Sen. Manuel "Lito" Lapid and world boxing champion Manny Pacquiao, whose candidacies in the May elections were questions for lack of academic credentials.


This was the front page of the Philippine Daily Inquirer.

The disqualification case was filed by erstwhile disqualified presidential aspirant and lawyer, Ely Pamatong. In his arguments, Pamatong claimed that reelectionist Lapid was "hardly educated" and knew little about lawmaking, while congressional aspirant Pacquiao was "mentally very poor and not prepared to step into the ring of legislation".

While some may lament that Pamatong himself may be a nuisance candidate, he actually has lucid intervals such as these. For these points made, I agree with him. And while the Comelec insists that there is actually no justifiably solid case to prove that Lapid and Pacquiao are not "qualified" candidates, they further rebut by saying that "a high IQ is never a gauge of good public service." The Comelec added that "a candidate's high educational attainment has never been held as qualification for public office. To be sure, the quality of public service which an elected official can render is not measured by the level of his intelligence."

So much for the Galing at Talino campaign of Gibo.

While I have no interest with Ely Pamatong and his bewildered quest to become a presidential aspirant, I have to agree with him on this matter.

And disagree with the Comelec.

Lapid has served as a nuisance senator over the past 6 years. He sits there in the senate, with an iota of contribution to whatsoever transpired in the senate halls. It is a waste of resources of the public, particularly hard earned money by taxpayers like me. While he may have been elected by the jologs of Philippine society, I am willing to bet that majority of his votes come from the freebie groupies. They are the ones who do not even pay taxes - the jobless, the mendicants, the flying voters - the one's who I have time and again said, have no right to vote.

And I am solid on this take. People who do not pay taxes should not be allowed to vote. It is shameful that the politicians use our hard earned taxes to pay for idiots and morons who do nothing but sleep on the job.

Which goes to the point of improving and setting a minimum level of academic achievement for those running for specific public offices. While it is true that you do not need to have a high IQ to be a good public servant, the thin line for discriminating who is qualified to run for public office should be at least one that is respectable. If we were to follow the argument of the Comelec, does that mean that I can include a Down's Syndrome and Autism party list, with candidates who have both Down's and Autism as their party representatives?

Even entry into pre-school, grade school, high school and colleges have a minimum criteria. Qualifications matter. Even when one works, one must have minimum entry criteria otherwise we'd be getting call center agents with terrible accents, front desk officers that finished grade school, chefs that can only cook fried rice and fried eggs...What more those that enter the political arena?

Pamatong was actually disqualified and declared a nuisance because of scant financial support. He may have the greatest wish to annex the Philippines as the 52nd state of the United States, but what is so wrong in giving up the sovereignty of a country on the verge of extinction because of massive graft and corruption?

Which means that the Comelec is actually accepting candidates not on the background of who is qualified but who has the means. #!?! sanamagan country!

And we blame our public officials for all the problems that our governmental system is laden with. Like our children that grow, we need to be nurtured by right parenting and the models must be good ones. If the Comelec has such an idiotic and moronic line of thinking, where do you think we will be 10 years from today? I have never, ever, ever, in my lifetime been so critical against public people in office as this line of thinking as our local Comelec.

The Comelec is right. You do not need people with high IQ to be in government. Look at the people in Comelec alone!
Posted by Kid at heart at 8:42 AM