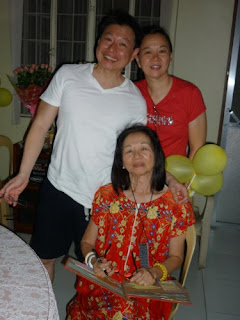 People think that I had an easy life. On the contrary, the growing-up years of me and my sister were "challenging".

I blog about my sister today as it is her turn to celebrate her half decade in this world.

My sister and I are a little less than 2 years apart. When we were kids, some people thought that we were non-identical twins because we looked alike, and were both scrawny kids.

We had our dreams and as we were growing up, we had each other to lean on, in both good times and bad.

Every family has its own stories of trials and triumphs. And ours was no exception to the rule. The lessons we learned in life eventually molded us to who and what we are today.

Kapatid (sister) as I would call her, took the road most traveled. She fell in love and followed her dreams. After their first child, she would lose her husband during the first trimester of her second pregnancy. She practically raised her children alone. Of course, there was always us and her in-laws.

Believe me when I say that all through the years after her husband passed away, I had not seen anyone as strong as Kapatid. I rarely saw her shed tears after she buried her husband. I know that her heart was torn apart after being devastated and I secretly wept for her as well.

Rebuilding lives after a tragedy is never easy. It is from her story that has made me a firm believer of hope, journeys, and miracles.

And while I saw her rebuild her life in the aftermath of tragedy, all I could do was be there for her and my niece and nephew.

Standing from the sideline, I watched my "adopted" family grow up. I would be there for graduation of the kids, and she would be there for the parent-teacher meetings. My presence was a mere shadow as Kapatid performed the Herculean task of being the ultimate single parent.

Kapatid never remarried. Raising her kids was her commitment. And while she may have never gotten romantically involved again, perhaps numbed from the early demise of her husband and the traumatic events surrounding it, she has always been the pillar of strength to all of us.

On a quite evening in her home, Inang, I and her kids spent dinner with her. My nephew, pretend-to-be chef Charles, cooked for his mom. My niece, taray-queen Carla, sent a dozen roses to amp the birthday. Inang and I were guests to the quiet dinner that would celebrate 50 years of a meaningful life of Kapatid!

Last Sunday, we had a more formal lunch at Lili's. 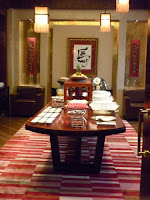 Lili's is the Chinese Restaurant at Hyatt Hotel in Malate.

Like all of us of Chinese heritage, we celebrate our birthdays and special occasions, in our traditional way. Lili's serves sumptuous lunch Dimsum buffet at P1300++ (less 15% if you pass with American Express). 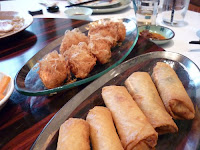 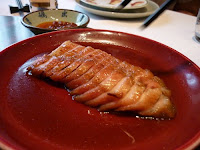 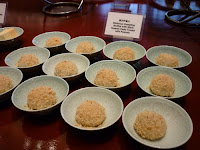 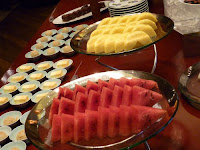 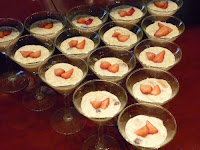 Value for money, the Dimsum buffet at Lili serves the best Chinese food in the country. Its Dimsum buffet serves not only an array of Dimsum baskets on weekends, but steamed and Wok fried dishes from their kitchen as well. And there is overflowing drinks and a buffet of chinese desserts (if you still had the space for it after). 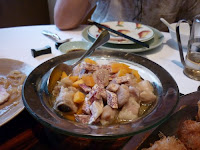 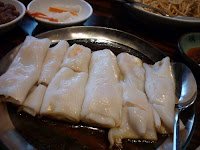 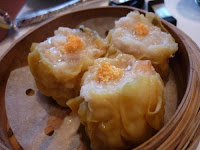 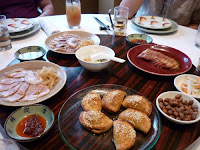 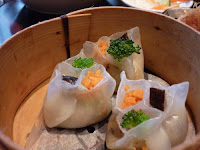 What a way to cap 50 Kapatid. I blog about this so that someday, your kids will remember their mom who gave up everything in her life to raise them to be better people. It wasn't about the money or the fame or the glory. It was all about love and life and a better future for them. And this is the greatest gift she has given all of you.

My hats off to you! Happy birthday!
Posted by Kid at heart at 9:04 AM