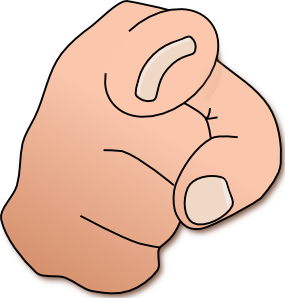 It's June and the first blog for this month is actually a DARE!

My golly, if you look at some of the comments, they are actually uhmm...for a better choice of word - silly!

I guess Noynoy has not realized that he has been elected to the highest position in the land. His answers to comments from media (friendly or unfriendly) and from uzis (usisero, like you and I) are a "what you see is what you get" scenario. They're the kind of answers that do not have a political flair. In short, they're frank and candid. When asked if he would stop smoking, he answers flatly - NO. It may not be the right answer we want to hear, but it's his answer. You cannot make someone change his mind if he does not want to.

Perhaps in time, Noynoy will probably have answers that may be more "politically correct". Like all other politicians, there will come a time when they will learn how to play politics as well, especially when they plan to make a career out of governance and die with a political career in their ass.

Perhaps I don't get the point, as people would put it, that he is a bad example to the youth. Come on. I don't think your kids would even dare touch a cigarette if you didn't want him/her to. It takes the Philippine media to hype something as menial a matter as this. I am not defending Noynoy. Sure he smokes. Is that a big deal that he does? I mean, we didn't even lift an iota of a finger at GMAs apparently cheating and nepotism in politics. Of course Gloria didn't smoke. But the greater sin was looked at the other way. We did not go up in arms on Erap's gambling and womanizing and publicly declaring he has so many families in his life. Did any of you bother to comment on his propensity for cavorting?

I think we are making a big deal out of nothing. Noynoy is a smoker. Period. He has been advised not to smoke. Period. How he deals with this vice is up to him and perhaps his advisers in the future will encourage him to take the right path. But puhleeeeeeeezzzzzzzzzzzz stop nit picking.

This country has bigger problems than the president lighting a cigarette!

But media is helping ignite a flame instead of helping douse that fire. A word of advice to the media - it is time to push what is good, rather than the inane silly nothings.

Let me be blunt about it.

Do you think that if you had a newborn baby now, he would even recognize who his president was at the age of 6? These children have their parents to look up to. Role modeling does not begin with the president, but begins at home. If you're lousy parents to your children, you cannot blame the president of the Philippines if your child grows up to be stupid and idiotic! You can only blame yourselves.

It is media that is directly responsible for all the bad publicity we're getting as a nation. It is media that can help change this country and shape it into what it should be. But a media that runs "free" on the claim of "freedom of the press" is a likely adversary to the road of improvement for the Philippines.

We are not alone. There are a lot of problems in other countries as well. The United States or other countries is not as rosy as what people think they are and that the grass is not always greener on the other side.

Ironically, the local media seems to be just at each others neck in trying to outdo each others ratings. No matter how mundane the situation, it's gotta receive attention. And the controversy is fanned by an irresponsible media that continues to hype what is not of primary importance.

Even Boy Abunda has been dragged into the picture. So Noynoy has probably invited Abunda to join his cabinet. So what? With the many lackeys that have lined up with their curriculum vitae in Times Street, job hunting for a position in government, you'd think that these people ought to get a life!

The Catholic Bishops of the Philippines has asked Aquino to remove the plan to introduce sex education in the schools. Why? Isn't it better that they are aware of it rather than succumb to predators because they have no idea that they are already being molested? Let's not be holier than though. I think even the men in cloaks should look at themselves closely in the mirror at the greater sins that they humanly commit, rather than the greater good that right and correct education provides.

I agree with Noynoy that there are many competent people out there. But the best, the brightest, and the most honest will doubtfully accept a government position, if only for the pay. Unless that person thinks that he can make a gargantuan amount from his public office position (and eventually become richer like Ate Glue and her family whose assets have risen by gazillion percent over her 9 years in public office), then I doubt if there will be serious takers.

A full-time government position requires you to give up many things, including the comfort of making a decent living. It does not assure you that you will last in office as well. Neither does it assure you that you will still have a job waiting for you after 6 years. And those that cling on to government positions and are even willing to kill for the sake of staying on in politics have a different agenda in their portfolio.

My LV, Gucci and Prada bags are more than how much the president of the republic of the Philippines makes. I don't think that I would want to change lanes into a government career because that would make my wants and needs unreachable, at the expense of being honest. I am not that wealthy to go into retirement for the sake of the Filipino people.

I have always said that only the Aquinos believe that the Filipino is worth dying for. It's one reason I voted for Noynoy. He can stake his life to change the path the country is treading.

So this is my blog opinion.

And I will start this month with a dare. I dare Noynoy to change the way the Philippines is - no graft and corruption. I dare his detractors and those who provide solicited and unsolicited opinion to be more positive in attitude as well as prudent in their words of advice. No nit picking and crab mentality. I dare the Filipinos to work and get their act together to make the change this country so direly needs.

After six more years with Noynoy as president, let's review the dare!
Posted by Kid at heart at 6:55 PM