After all the fiasco in the senate over the "Christmas gifts" of 1.6M pesos each ($40,000.00) senator and the brouhaha over Camarines Sur being divided into two more provinces and the Villafuerte clan slugging it out in media by calling names to each other, I have lost all respect to the ding-a-ling government officials that run this country.

At first, I thought it was pathetic that many of the senators, congressmen and local government officials running for parliamentary and local government seats are actually "sound alike" names because of their parents, grandparents or whatever degree of relatives they have sitting in government. I mean, really - Nancy Binay? What the hell in the world is she even doing running for senator except for the fact that her father is already Vice-President, her brother is Mayor and a sister is Congresswoman. Dang! Imagine that, another Binay. Sanamagan. I was waiting for their pets to run for public office as well.

In Manila, you have an ex-President convicted of plundering this whole country running for Mayor! Shoot! Erap and Dirty Harry used to be best of friends. I guess this just goes to show that in politics, where money is without doubt flowing in abundance, there are no friends. There must be something in the political arena that makes governing attractive as a business enterprise. If the Sys, Gokongweis, and other taipans own the real estate and mall business, well the Aquinos, Binays, Villars, Villafuertes, Cayetanos et al. run the government business as well.

When it's a doctor that does not issue a receipt for P1000.00 consultation, Madam Kim the great goes after him or her with all her power and might and pffft...presto...the doctor is in the newspaper and all guns blazing is accused of tax evasion. But all the dear f*ck*d up senator has to do is produce a piece of paper that "certifies" where the money they pick up is appropriated to. No questions asked. What the?!?!?! Putres na buhay ito noh! Sabi nga nila...ang magnanakaw, eh gaya gaya lang sa ibang magnanakaw!!!

Gimme a break when Aga Muhlach declares that he is running for congressman because he knows he can help the people in Camarines. My golly - tumatakbo ka kasi laos ka na!! He's a has been and politics is always the arena for all has beens. Wala ng racket. Eh may mga uto uto na following. Kaya eto, tatakbo na lang sa congreso. Pustahan tayo pag tumakbo si Vice Ganda sa Camarines eh talo ka!

But to believe that JPEnrile is actually a hero because he was the senate president in the ouster of Chief Justice Renato Corona is beyond me. The guy is a master tactician at politics. Read - madami siyang nauto. Magaling siya. He survived Marcos, Cory, Ramos, Erap (he was against his opening of the secret envelope), Gloria and he will outlast PNoy. For a man to survive all these, he should have just run for president. But he won't win. He doesn't have the charisma. He would rather play politics. At least Miriam in all her lucid moments has the guts to spew putrid words against JPE.

If there is something the Pinoys so love, it's a telenovela that has all the slapping, cursing, hating, killing, shouting, and the drama and comedy all molded into one. Why do you think they think BBGandahari is a goddess? There's really something terribly wrong with the Filipino voters and I will say it, with more than 80% of the Filipinos who troop to the polls every 3 years hoping that whoever they vote for will change the way we see ourselves as a people.

With all this crap going around, there's really little hope that after PNoy's chant on good governance and his stint as president, the good governance slogan will last way past his presidency. You see, without any doubt, the rotten system runs deep. Really really deep. It will take 3 generations to change the system. And you and I won't be alive to see that happen anytime soon.

And I'm willing to bet my balls with Edwin Lacierda's balls that when his boss has stepped down from public office, give the next excellency and his henchmen 6 months and we're back to square one.

It's really more fun in the Philippines. Where even an election is rated P.G.

Death is an option 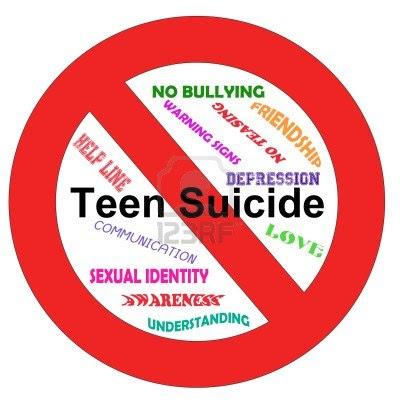 She tried to take her life twice in two weeks.

I got a call from the hospital in the early morning on a 16 year old patient of mine who had ingested a whole slab of paracetamol tablets and several antibiotics and whatever medicines she could find in the house. When I entered the hospital room, she had a nasogastric tube up her nose with activated charcoal running through and blood was being drawn by the nurse for paracetamol levels. She was oblivious of my presence. On seeing me, her mom had rushed to me and we both cried a river.

There are days when the cup is just full.

Whether you're dealing with depression over a job lost or failing grades or love gone wrong, dealing depression is one of the most difficult challenges we face. To some, it's a challenge that we need to overcome. Something about only the "strong surviving" the storms of life. To others, death becomes an option.

Regina Brett, author of "God Never Blinks: 50 Lessons for Life's Little Detours" provides the reader with a different perspective of life's ups and downs. One of the best chapters is Chapter 46 entitled "No matter how you feel, get up, dress up, and show up for life."

Brett provides the insight that no matter who you are - we have those days where we get into a rut. We can blame our body or even our mental health, but at the end of the day, we need to be responsible for everything that gets thrown our way - whether we catch it or just let it fall on the ground. Brett points out that "We've all been to those places. We all have a personal pool of quicksand inside us where we begin to sink and need friends and family to find us and remind us of all the good that has been and will be."

Her practical advice heeds well when you're having a shitty day: avoid mean people...don't do anything you don't absolutely have to do that day...make no major decisions about your career or self-worth...don't analyze anything...stay out of your head - it's not a safe place to be.

Most importantly she puts her friend Don's advice into the picture:
1. Get up - face the day vertical instead of surrendering to it horizontally.

2. Dress up - Put on your clothes, from head to toes. It triggers hope.

3. Show up - Most of life is showing up. It's a come-as-you-are day. To be a success, you do the best you can, which varies from day to day. My best today might suck, but if I show up, I've done the best I can do today.

And I believe I can relate to that.

Some people think that I have the best of the world being a doctor, a writer, an administrator and whatever successful facade I show. We all have that facade. What we don't show and sometimes keep bottled-up inside us is the sad self during the bluest days of our lives.

I had a quiet talk with the family and friends and my patient (when she was much better). I know what they're all going through and empathize with them. I could not understand how cyber-bullying could push some people into a bit of madness, but now it is clear to me. Even social network can reel its ugly head. And there will always be innocent victims along the way.

There will always be a second, third and nth attempts. Each suicide attempt is a cry for help. And the family needs to understand her a bit more than saying "teenagers are a tough bunch!" Sometimes they don't stop until death becomes their final option.

After the second attempt to face death, with the help of some psychiatrists and some medicines, my patient looks at life in a better light.

No one said that the road we travel is an easy path. But when the "day serves up more than what we could hope for, no matter how you feel, just get up, dress up and show up for life. Each day truly is a slice of heaven. Some days, the slices are just smaller than others."

Rational and religion: "The Life of Pi"

If there is one credit I should give to this film, it is the stunning imagery and cinematography that deserves a standing ovation.

With that said, the Ang Lee masterpiece is one of this year's nominated best film for the 2013 Oscar Awards. And in the great tradition of Ang Lee films ("Broke Back Mountain" and "Crouching Tiger, Hidden Dragon"), is a cinematic masterpiece based on the novel written by Yann Martel on a deeply drawn internal finding of a young man with himself and God.

The story revolves around Piscine Patel, later renamed Pi and a Bengal tiger named Richard Parker. The movie begins with Pi telling his life story to a writer who wanted to tell the story of Pi's survival after 227 days at sea. The interspersed humor and dark candor is brilliantly woven into the thematic plot that makes one so immersed that you felt you part of the ocean below or the stars and clouds above watching them.

In a nutshell, Pi was born and raised in India where the family ran a boutique hotel that housed a zoo. As economy challenged the country, Pi's father decided to migrate to Canada to start life anew. They would bring most of the zoo animals and sell them to the Canadian government and use the money for life there. During the voyage by sea, after crossing Manila, the ship meets a storm at the Marianas Strait and it sinks. Pi's family dies in the tragedy and in a life boat are the survivors of the drama that unfolds - Pi, an Orangutan (named Orange Juice), a hyena, a zebra, and a Bengal tiger named Richard Parker.

Between the vast sea and the wild animals on the life boat unfolds the quest for survival of the fittest. It is in this magnificent moment that draws the finest part of the film so dramatically displays several moments where Pi comes to terms with Richard Parker and God and ultimately ends in the delicately heart-tugging climax in Mexico.

Of course we know how the story ends for Pi because he is the story teller. The poetry and stunning display of technological symmetry of the beauty and horror of the sea is a testament to Ang Lee's brilliance in cinematic drama. To use the word stunning and awe would be an understatement here.

But the movie revolves around Pi. And we are not much different from Pi in the many days of our lives. No matter what age you are, you will relate to Pi - in the search for answers to our faith, the assurances of our fears, and answers to our doubts.

It is in Pi's search to answers to the many questions to God in his life that at the end of the movie makes you agree that there is a God. And God, no matter how ugly life can be...is good and simply beautiful.

And I can relate to that.

[image from Life of Pi - Facebook page]
Posted by Kid at heart at 1:35 PM 0 comments