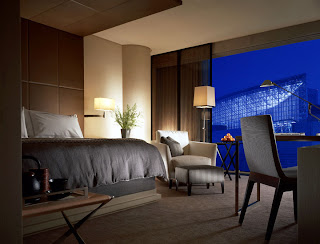 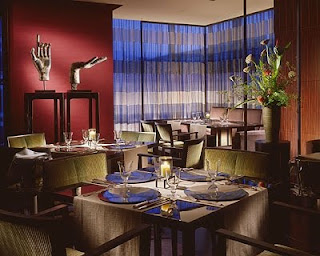 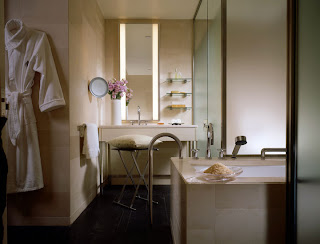 There are flights from Manila to Japan. Delta airlines flies directly non-stop to Tokyo every day.

My last flight on Delta was almost 6 years ago, when it was still Northwest. While other airlines had upgraded their Business and First Class sections, Delta (or Northwest) seemed to have taken a back seat at this arena.

This was a reunion with what used to be one of my favorite flight carriers to the US. Delta's time schedule to and from Narita (Tokyo, Japan) was one of the best. Leaving Manila at 805am (arriving Narita 1245pm, Japan time) and returning at 700pm (arriving Manila 1045pm) was perfect.

Aside from the reconfigured seats, Delta airlines was as I remembered it. Some of the business class seats wouldn't work. My neighbor's seat could recline but you had to press the buttons gazillion times before it would get back to sitting position. And the breakfast served was mediocre.

Arriving in Narita was a breeze.

I had arranged for meeting and greeting services from the Four Seasons at Marunouchi Hotel in Tokyo where I am staying for the next 5 days. The airport greeting is an extra $60 on my tab, but if there is one place that I wouldn't want to bringing out my dictionary during a conversation, is Japan.

The people of this country are extra nice. They have this courteous lilt in them. And there's NO TIPPING please in Japan.

The Narita Express and all their commuter trains are so ON TIME. Delays were a rarity and the trains were super duper clean! They even had meals on board for sale for the short 60 mins trip from Narita International Airport to the Tokyo Station, my final destination.

Upon reaching the Tokyo Station, another concierge had met me at the Tokyo Platform to get my luggage. We took a short walk through the maze to get to the Four Seasons Tokyo Hotel at Marunouchi.

From the entrance of the hotel to the room, I was very impressed with not only the service, but the grandiosity of the hotel!

Check in was in my bedroom, but the lobby was on the 7th floor. The Four Seasons Tokyo at Marunouchi has only 56 rooms and is annexed to the Pacific Place Building. I had a superior room and it was 44 sqm large (I should emphasize large by Japan standards), had a very long corridor. Its walls, doors and floors were made of lacquer finish, the rooms were minimalist in design, and the lights could be modulated at the touch of your fingers, the 42 inches flat screen was attached to an ipod dock and a Bose stereo with ready CDs were part of the amenities. The bar was well filled, the room was superbly clean, there were even pajamas and a yutaka for your personal use.

All the concierges spoke perfect English and were very well versed with connections and directions. All requests were taken with a smile! They were not only polite but were extremely happy to be of service.

I've always said that the mirror of how great a hotel is, is the bathroom! This may not be where you sleep, but this is what makes the comfort most appealing. If you have a hotel whose bathroom looks like the dumps, then the room is not worth it at all. At Four Seasons Tokyo at Maranuchoui, the L'Occitane bath products were the icing on the cake. It was large enough to house one separate toilet, one separate shower and a sunken bath tub sprawling with mood lights and separate night lamps. All toilets and shower in the bathroom were separated but frosted glass enclosures. All the glass enclosures, doors and floors of the room were floor to ceiling.

Internet was 2000Y for a day and they had an efficient wifi system.

It was time to work upon arrival - get those emails answered, get ready for the meeting - but hey, I'm not complaining. At the Four Seasons Tokyo at Maranouchi, you can make me stay here anytime with just my laptop and I'd be willing to work for change!

You can unwind in their 24/7 gym and spa with an onsen bath on the 7th floor of the hotel. The ambience is distinctly one of comfort and pleasure. If you're getting the area for a purely business trip, you shouldn't be bothering about this hotel.

Breakfast on the other hand is quite a steep price. For a Japanese breakfast (rice, miso soup, dried salted fish of the day, tea and orange juice) served in bed, the 4100Y ($45.00) is quite a bite. And while I understand how some people would complain at these prices, I've always said that one is never obligated to eat in their restaurants. What you see is what you get. If you don't like the prices, there is always "Makudunoradu" (McDonald's) right around the corner.

Who says comfort is free? Not in Japan!
Posted by Kid at heart at 8:37 AM