Tokyo - Lost in translation but loving it! 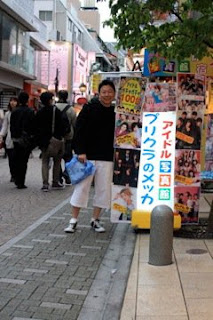 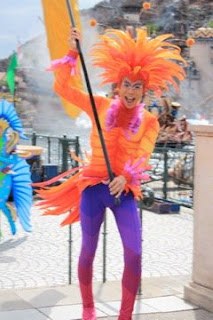 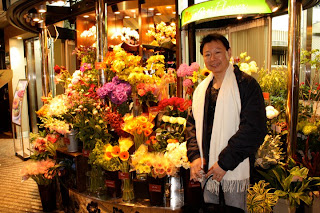 The perfect combination of a destination holiday is Sunny and Cool weather.

This made the 5 days trip to Tokyo, Japan both relaxing and memorable.

For those making a trip to Tokyo, a few tips:

1. DO NOT attempt to take a cab. You are bound to get lost in translation. If you plan to take a cab to go somewhere, ask for a Japanese translation of your destination. Your hotel should also provide you a calling card just in case you reach your destination and would not know how to get back. Believe me, you will never understand each other and will end up getting frustrated and poor! Cab fare is not cheap. To compare, the Narita Express from the Narita Airport Terminal 1 to the Tokyo Station is around $27.50 one way. The limousine service by the hotel on a Lexus or BMW is $575.00. A cab fare is about $300.00 without traffic and non-inclusive of the toll charges, which is charged to the passenger.

2. Plan your trip way ahead. Do not plan when you are in Tokyo. It would be a waste of time trying to figure out where to go and what to do. There are several districts, all unique in itself. Shopping is all the same in the various districts. For example, if you plan to do some shopping at high end stores, the Ginza district and Omestasando will have what you're looking for - Louis Vuitton, Jimmy Choo, Salvatore Ferragamo, Hermes, Bulgari...name it, you've got it!

3. Each district has a highlight in itself. For example, Ginza is home to fashion and glitz and glamor. Several department stores including the French department store PrintTemp and Laduree Paris patisserie are found in the Ginza district. Then there is Daimaru, Matzusakaya and Mitsukoya. Walk along the side streets and you'll find Brooks Brothers, Gucci, Hermes, Apple, Sony, Gap, and oodles of stores including UNIQLO and Forever XXI. The latter two are great buy stores because they are reasonable in price. But name brands are extremely expensive. Do not attempt to buy at the Duty Free Shops in the airport. They have very limited choice. If you want to buy a designer item, you'll need to do this in the city. If you have the money to burn!

4. Don't forget to have money changed at the Airport. And that means have ALL your dollars changed. Do not scrimp! They will not change your dollars in any department store. Some hotels do not provide a money change counter. The current exchange is $1.00 = 89Y. That means that your $1000 is about 89,000Y. If you don't shop, this should last you the 5 days (for food and transportation alone). This is on the presumption that your hotel is all paid for already!

5. Eating out in Tokyo in definitely a must! The food is wonderful and most of the bars are full at night. Drinking and eating is the way to unwind and cap the day. You will need to share a table with others though. And don't forget, many of the local restaurants DO NOT have an English menu. You may end up having to point at the picture. But what you see isn't exactly what you'll get. And since the prices are listed in Japanese, you may end up fainting at your bill. If you're not sure what to order, or are practically scrimping on cash, go to any Makudunorado (McDonald's) or KFC restaurant. That way, you'll still manage to survive on the measly cash you brought with you. There are, however, a lot of noodle restaurants in the shopping malls. Sad to say, they don't live up to authentic Japanese dining. Experiment, give it a try. And when all else fails while you're lost in translation inside a Japanese pub, look at what the next person beside you is eating and point, point, point. Tell the waitress that's what you want to eat!

Incidentally, servings are not extra large and one order is good for ONE person with a small stomach.

6. Bring a pair of comfortable walking shoes. You will need this. Do not attempt to wear your high heeled shoes. You're bound to break them. Remember, Tokyo is a walking city. Cab fare is expensive. The trains are highly efficient, but you'll still need to do a lot of walking from point A to point B. Burn those extra calories! Believe me when I say that after a day out, you'd have burned 500 calories easily.

7. Memorize the subway lines. The Tokyo Station is HUGE!!!! Darn, you can even get lost in the subway. For foreigners (like me), get a SUICA pass when you get to the airport. It will give you a ticket already to the city and at the same time have credits for entrance and exit on the subways. Not a lot of people speak English in Japan. Even in the subway area where there is an information counter, you may not be able to communicate well with the man behind the counter and you'll just end up in an area you don't even know. Remember, people rush back and forth. DO NOT STAND in the middle of the passageways. Know where you intend to go so that you can ask for assistance with your hotel concierge before embarking on your trip for the day.

8. If you plan to go to Disneyland, I suggest you go to DisneySea. Of all the Disney theme parks in the world, only Tokyo has the DisneySea and it's an adventure you will surely not want to miss! It's more adult themed so you won't see a lot of children there. But for the young ones (and the young at heart) this is one place you'll want to go to over and over and over again. And you'll see everyone carrying a Duffy, the official Disney Bear. Only Tokyo DisneySea has this character and you'll see everyone (practically everyone) carrying a Duffy. It's believed that owning a Duffy bring good luck to those that have it. I just couldn't resist getting a Duffy, if only for the luck it would bring.

9. No scrimping! If you wanted to go to Tokyo for a vacation, do not scrimp! It's a very expensive city. Very expensive is an understatement. The 10% tax and 5% service charge alone will kill you. Which means that if you're having lunch for 950Y, the whole menu will cost you over 1100Y (about $12.50). For a family of 4, about $50! That's just one meal. A McDonald's meal is about 690Y. That's without fries or drinks or whatever you had in mind.

10. Tokyo (Japan for that matter) is so clean that you won't even find a trash can on the road. Yes. No trash can. You will find it only in specific designated areas. Which means that you'll need to carry that trash on your hand until you find a trash can. It's their way of conserving garbage. The Japanese are so disciplined that you'll notice no one crosses the road until the stoplights say so. You'll also notice that they give in to the disabled and senior citizens. In the subways and train stations, you will need to get up from your seat for the underprivileged.

All in all, this was both a great way to spend spring - relaxing and culture tripping.

And whatever minimal communication skills I had in the Japanese language, getting lost in translation was half the fun.
Posted by Kid at heart at 9:39 AM