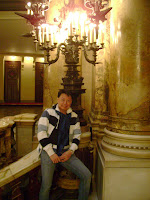 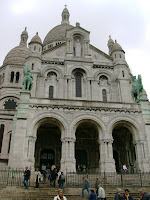 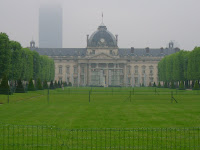 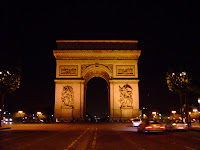 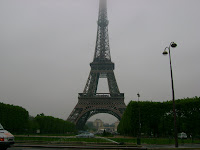 It's almost the end of June and the final chapter of this blog has been long delayed.

It's been over a month since I returned from Paris but the thought of having been there and having one of the best vacations of my life has lingered on.

Perhaps it's because of the beauty of the place, or the fine food and fashion, or just the sense of going on vacation per se!

What better time to go and spend spring in Paris. Upon arrival at the Charles de Gaulle Airport, we had gone through immigration and customs with a breeze. Just waited for the chauffer for about 5-10 minutes and were whisked off to the hotel. Paris at 8pm was still bright and the sun was still up. After unpacking, it was off to the Arc d' Tromphe for us and it was a wonderful 1 mile stroll down the stretchy tourist lane.

Then again, you can always deviate a little like I did - EuroDisneyland at the Chessey exit of the Paris subways, watching the Moulin Rouge show in the red light district, or splurge at the branded name shops Gucci, Louis Vuitton, Salvatore Ferragamo, Hermes, Zara, Lacoste, Chanel, Prada, Dolce and Gabanna...

There will always be something memorable with Paris. Maybe Milan, Rome and Berlin next year?
Posted by Kid at heart at 2:13 PM