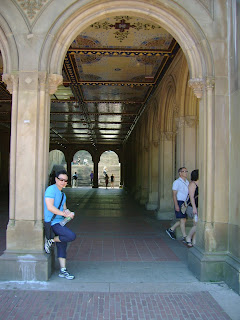 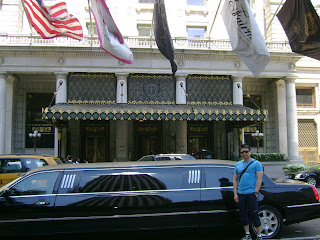 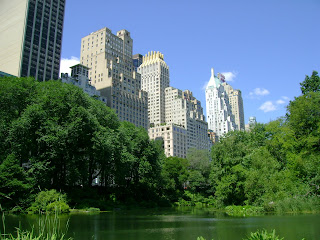 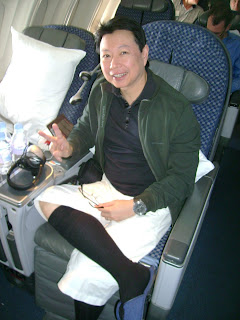 I rarely blog when I am on vacation. A well deserved one if I should say so myself. For the next two weeks, I am in the United States in general and New York City and Los Angeles in particular.
It’s what I shall call a familiar reunion.

My last trip to the US was 5 years ago. On board Delta Air (Northwest Airlines before), it was what I would call déjà vu. My greatest fear on Delta Air is the delays due to “unforeseen glitches”. It’s an old plane. What did we expect? It’s business class elite is not really one to look forward to. On all my business class flights, I can firmly say that the US carriers have the worst business class services and are the most uncomfortable flights. But because no other international carrier is allowed to fly the domestic routes (transatlantic), I had no choice but to take Delta Air.

Of course, Delta Air did not disappoint me. We were boarded at 245 pm for the 320 pm flight from Narita to JFK in New York. At 340pm the pilot makes an announcement that due to a technical glitch in the hydraulic system, we will not be leaving on time. And that we should sit back, relax and wait for the next announcement – in 1 hr and 30 mins…
My first thought was – why did they board us? I am definitely sure that the mechanical problem was being addressed even prior to boarding. I don’t know if the Japanese mechanics were self-assuring that they would finish the job on time or if the pilots thought that this was a minor problem but the wait inside the plane was to say the least – inconvenient.

There was nothing else to do but add more hours to the already dreaded 12 hours flight from Tokyo to New York. And after 2 more announcements – on apologies and further waiting – we were finally in the air at 515pm.

Delta Airlines will badly need a major upgrade on its flights. The bathroom in the business class has no amenities, is dirty and stinky (and I can’t help compare the toilets to Singapore and Cathay Pacific which are always kept spick and span by the crew), and the entertainment while on demand are still limited for a 12 hours flight. The personal amenities are only on the long haul leg. Which are limited to socks, toothbrush, lotion, lip balm, earplug, eye shutters, ONE floss and toothpick - so much for the amenity kit.

Then there is the seat recline, which is a lie-flat bed but does not recline to a full 180o flat bed but angles at about 160o and makes you feel like you’re slipping the whole time you’re sleeping.

During dinner, a glass of chardonnay, a tablet of melatonin and half a tablet of Stilnox and I’m in Lala land!
We arrived at JFK at around 445pm (New York time). After taxing the runway, the plane parked a few kilometers off the airport with the pilot announcing that we would need to stay in the aircraft another 30 minutes because of congestion at the airport. So why was I not surprised?

After so much sighing and personal grumbling, we finally got to immigration (which was a breeze) and customs (which was another breeze) and my driver was impatiently waiting at the arrival area with a dilapidated signage that shouted out how late I was.

We left the airport around 540pm and hit right smack into rush hour in New York City on a beautiful Wednesday afternoon. My driver was not happy about the late arrival on the plane. This Chinese immigrant was waving through the streets of New York talking to the dispatcher in Mandarin. I guess he thought that since I was a Filipino, I wouldn’t understand a f*ck*n word he was saying…but I do understand the language because I am Chinese. I let him curse and take us through the streets in brakes and gas pushing. The roller coaster ride was dizzying to say the least. I wanted to puke right in the limo but that would have made his day. At exactly 710pm, I arrived at my hotel – the Sofitel New York on 44th St and 5th Avenue.
Posted by Kid at heart at 9:15 PM