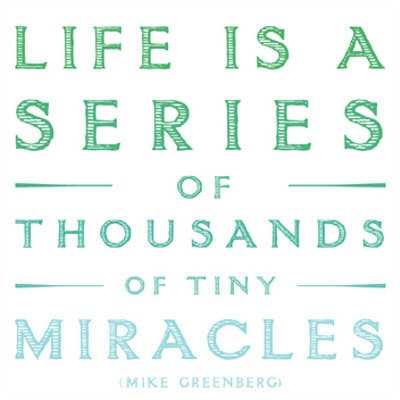 It was a Sunday. One of those days where you didn't want to go to work, but had to.

I had just made rounds with four critically ill patients and had come home past lunch. A little over an hour, I received a call from a colleague of mine if I wouldn't mind seeing a referral. "No I wouldn't." After a quick lunch I broke my Sunday rest and gave in to the call of duty.

He was an 11 year old boy transferred from a provincial hospital. I will not talk about the diagnosis or how the doctors there managed him, but when I entered the critical care area, he was dyspneic and oxygen saturations were between 85-89%. He was very ill looking and probably would need intubation in awhile. The chest x-rays were not compatible with the initial diagnosis on transfer and I was worried. The parents probably did not recognize the gravity of the situation, but I stayed on for 2 hours assessing him and decided a management plan. I just didn't like the gut feeling that things weren't going to go well with him.

True enough, in about 2 hours he was eventually intubated and transferred to the ICU. [I know that most of those that read my blog were my medical students. I will leave the grand rounds to where it should be.] What transpired in the next 48 hours was heart breaking. He clinically deteriorated in 24 hours and the chest x-rays showed signs of ARDS (adult or acute respiratory distress syndrome). The ventilatory set-up was at its maximum. For those who have managed ARDS patients, you know that the outcome is grim. Compounding the fact is that the family has already maximized their insurance coverage in just 24 hours at the intensive care. Financial problems are added burden in times of confusion.

His condition from guarded to critical had turned for the worse. I told the attending that I would talk to the mother.

Believe me when I say that in my 27 years as a physician, this is the part where they don't teach us how to deal with this in medical school. How do you say to a mother who is barely making sense out of everything at the moment, with her son intubated and probably at the brink of death that their family will need to brace with reality? The outcome for patients with ARDS is 1 in every 10. With ventilatory set-up that high, chances of pulmonary complications are high as well.

When I was discussing the situation with the mother, her mind was completely in chaos. Here she was, listening to what I wanted to tell her, but at the same time not being able to comprehend why this was happening to her boy. I am sure that his 11 years rushed into her head like a movie that needed to be compressed in 1 hour. She was angry. She was in denial. She was massaging his reed thin legs and asking him why he was going to leave her already. Even when I put my arm around her shoulder, she was just pouring out her grief and I could not help but suck in some air so I could hold back my own tears.

I don't think she understood what I said. I told her that we were already giving everything we could to take care of the infection. But I did not think that this was just an infection we were battling. I did not want to discuss any mumbo jumbo jargon which she probably wouldn't understand further. I told her that I was going to try something. The drug I was going to give is controversial in the management of ARDS. But there are positive results with some patients. In my mind, I was grasping at straws. In the next 10 minutes I needed to summon all my remaining powers and decipher and balance all the evidence-based literatures I could recall on the role of steroids in ARDS, in patients that were septic. I asked permission from the attending and she consented. My parting words to the mother was that "we are doing the best we can at the moment. We are trying him on a medication and there is no guarantee that this will work. But let's pray that it does because at the moment, this is our best option. We will do everything to make him better. I need you to be strong now." [I think I was talking to myself in that last sentence].

FLASHBACK. I never wanted to be a doctor. This is why I have a mathematics degree. But because it was a compromise between my dad and I, I reluctantly went to med school. Many events have transpired since I graduated from med school. In my chosen specialty and subspecialty, I had to deal with the dramas of life and death. And the latter has never been easy. It's always the reason why I get flashbacks...

On my way home, I decided to pass by the chapel. Said a little prayer for the patient and his parents. Knelt before God and asked Him that if there are miracles that truly happen, all I ask is a small miracle in today. Beyond all the fame and fortune He has given me, I begged Him for a miracle. And I made a pact with God - that if the boy survived, I would waive my professional fee just to see him alive.

The following day I missed making rounds early. The attending had seen him and I received a text message from her. The patient was doing much better and it was like he was rapidly recovering. The ventilatory set-up was much lower now and that he was more awake. When I made rounds that afternoon, after a whole morning of meetings and conference calls, the mother's face had a different aura. She was holding on to her husband and they were grateful as I was explaining that it looked like he was going to make it. That the drugs were working. That their son's condition from seriously ill to critical had become guarded. That if he continued to improve, he probably would make it.

This time, they grasped the situation. They began to discuss the finances they had incurred. I took the mom's hand and told her that when the patient is stable enough, we can discuss this. I told her also the pact I made with God. I was not going to collect a single centavo from them as long as their son survived.

I told her that it was not generosity on my part but on the part of God. You see, I was skeptical on the outcome as well. I needed divine intervention and her son is alive because God hears prayers. I was merely an instrument of the miracle that came their way. And if God is able to grant him another chance at life, who was I to collect from them at this time of need? Compassion is never taught. It is learned.

In return, I told the boy, the miracle of life provides him an opportunity to pay this forward. It's probably why he is still alive today.

I blog about this today because I know that most of my readers were my students in medical school. Many of them have provided kind comments on how well I taught and how well they learned from me. There is no formal class that teaches compassion for our fellow men. That teaches us to respect the dignity of life. That teaches us how to deal with death and the dying. But the medical profession is a noble one. That we are given the opportunity to make life or death matter with our fellow men is God's gift to us. And while my patient will remain anonymous to all my readers, he will always be a firm reminder to me of the gift from God called a miracle.

I was awed at the miracle that day. I knew that God was behind it all.

Miracles do happen, even in this day and age of Facebook and Tweeter and iPads. It is within us all. Deep within the hearts of every human being. If only we look for them...and believe...

[photo from Mike Greenberg]
Posted by Kid at heart at 8:48 AM