The pain in pretending


They say that every relationship has both good and bad times. 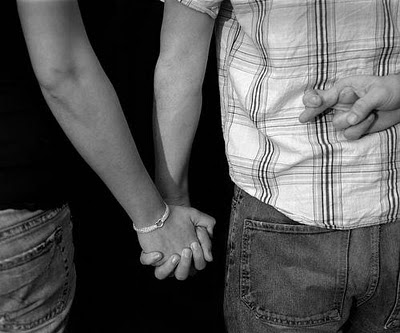 There are stories on how relationships work or don't work, on failed relationships, on people on the "rebound", on how whether you need to break up or strive harder to make things work, and best of all, on the "happily ever afters".

Even marriages that have seen the best of times, have had the worst of times.

Strangely enough, some relationships are made in heaven. Others are a work in purgatory. The rest, well, they're a living hell.

It's human nature to seek for love. It gives one a sense of belonging, of being wanted, of being needed. And while we seek for acceptance from another person, there is the innate nature of going astray. I've always said that love is like looking at a glass filled half with water - one party sees it as half full, the other sees it as half empty.

You see, in a reality, there's always one party that probably loves more, cares more and pays more attention to the relationship than the other. And here's the rub, they get hurt more too during those bad and rough times.

And then things change. Just to stay in a relationship, we begin to pretend. Even if it hurts our pride and principles, we endure the pain. We rationalize that perhaps the hurting is there as a challenge to the relationship. That perhaps by overcoming the challenge, things will be alright.

We pretend that we will have happily-ever-afters even after the hurt and pain we endure because that's part of the journey's story.

Until it gets cold and dark and callous. When we can't feel what's real and what's absurd or what's right and what's wrong or whether we've just been used or really loved back in return.

But I believe that everything happens for a reason.

Pretending in the pain needs to have closure. People change, so you can learn how to let go. Things go wrong so that you appreciate them when they're right. You believe in lies so that you eventually learn to trust no one but yourself.

And sometimes, good things fall apart so that better things can fall together.

When was the last time you needed to let go to make the pain in pretending go away so that you can have peace of mind?