The year is almost over. It's time for my annual countdown. Let's start with the people who made the news this year - yung mga Echosera ng 2011! 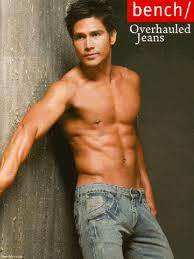 There's really nothing much more to say, after KC had said her piece. Aired on "The Buzz", KC Concepcion had cried her heart out to the public and to Boy Abunda on her relationship with Papa Piolo. Confirming to the world - in not so many words - the "man" that Piolo isn't. Of course, ABS-CBN has been mum about this and hopefully, as time heals all wounds, the public will keep quiet or quietly drift away from the issue of Piolo's gender. After all, girls, boys and gays shriek over Piolo with or without clothes on. Without any doubt, this hunkaloid wins hands down for the title of Queer...errr..Queen of all ka-echosan this year! Bow! 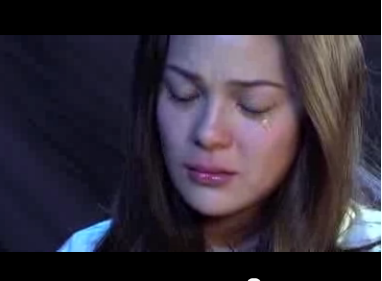 If there's anything that zaps a woman's ire most is not the fact that her better half has slept with another woman. It's the fact that her male lover sleeps with men! But her revelation over prime time talk show did not catch the public as a surprise. In short, many knew (or suspected) all along that her beau swung both ways. For someone who was schooled in Paris and has both beauty and brains, it was maniacal on her part to have dreamt that her prince charming would end up being a graceful princess. KC should have just done a Carmina Villaroel. In the midst of the gayness of Rustom, Carmina stood her ground, kept quiet, slowly drifted from the relationship and found eternal happiness in a real man - Zoren Legaspi. KC should provide closure to this matter. Walk away from the bad experience my dear and next time, remember to listen to your gay friends. You were warned! 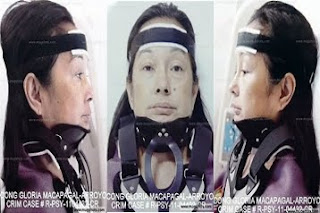 In between her alleged "rare" illnesses and the alleged election sabotage during her term as president of the Republic of the Philippines, the "taray" bulilit was at it again. First, was her attempt to leave the country because of her medical illness. Then when she couldn't get a dramatic exit, it had to be another form of drama at St. Luke's Global. The controversy had created a greater rift in the already troubled relationship between the executive and judiciary. As the real-life drama of GMA's "hospital arrest" unfolded, no one was as interested in the travails of the ex-president because no one really gave a damn of what happened to her, except her few staunch supporters (mostly in the Supreme Court) and the people who need to repay back her largesse during her term in office. 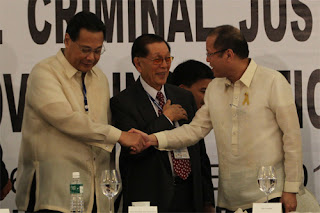 No supreme court justice has hogged the limelight as much as the midnight appointee of Ate Glue, in SC Justice Renato Corona. Corona had served as GMAs chief of staff when she was Vice President. He was then appointed SC associate justice in GMAs term and eventually got the plum position as Chief right before the term of GMA ended. With so many decisions in FAVOR of GMA during her term and even after her term in office, it makes the judiciary look scornfully wrong when it comes to deciding on matters of law, especially expediting a request from your former boss to resolve. Even Erap had his day in court and was not treated kindly by the judiciary. And while the Supreme Court justices insist that there is autonomy between the executive and judiciary, there smacks doubt among the citizens of this country on the rationality of decisions being forked out from the magistrates of the high court at the way they're swinging their decisions in favor of the "little girl that should be put to sleep" .

He was never even famous. No one even knew who he was. But no one in the Supreme Court has been more showbiz than the youngest court administrator called Midas Marquez. The gay columnists are after the "cutie" who's been the controversial spokesperson of the supreme court justices in their riveting decisions regarding the fate of GMA. Midas has had his day (not in court) guesting in various TV shows and, of all places, in Ricky Lo's column in the Philippine Star. Now we all know that the Midas sleeps in boxers, wears large t-shirts and underwear, and size 10 shoes (no it's not the size of his dick), works 15 hours a day, spends weekend at home, doesn't have time for other women, has two children already in high school, hardly goes on vacation, brings his work home, has a satisfactory sex life with his wife...uhmmm...not really a place and an interview for someone who's supposed to be respected by the courts in the land. It's quite obvious that the public nor the press did not react kindly to the falling off of the microphone in an interview, rousing suspicions on his sexual orientation as well. (click on the video above and judge for yourself)

No greater wrath than a man who loses his baby because his lover wanted an abortion. And blabbermouth Mo Twister had been most vocal and viral about the abortion of Rhian Ramos on their baby. With GMA 7 taking sides to this "reproductive health" saga, they're ready to throw the book on Mo Twister. And Rhian has taken the vile side of castigating Mo (even if the guy is really worthless) at the accusations of the abortion. DJ Mo has decided to pack up his bags and leave. He has announced to the world that he is going back to New York City where he has a job waiting for him and he would start life anew. But the airwaves can't seem to keep the tongues wagging and Mo, well...the guy isn't even leaving YET! He says he will still stay in the Philippines to get this controversial issue straightened out. While we are truly, deeply, and emphatically sorry for his loss, we'd like to see him keep his words - LEAVE! MOVE ON! GET A NEW LIFE! And stop stalking Rhian! She has decided to move on - I hope you get the picture Mo! 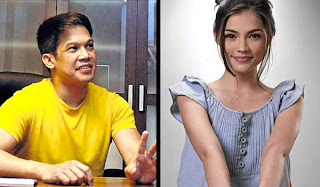 There's no denial in the alleged YouTube video of ex-boyfriend Mo Twister claiming that she's had an abortion. On GMA news, it was just a sobbing Rhian claiming that she's been harassed by the video of Mo. And since there's no word about it from her end, there must be some truth to it. As to why GMA 7 isn't even investigating this allegation of Mo on what Rhian did, and the fact that GMA 7 people are even up in arms to defend Rhian on this, doesn't really speak well of the network condoning murder in the name of showbiz! It cannot be denied that GMA 7 has also produced the most number of stars from their stable that had a child out of wedlock or teen pregnancy. Jenelyn Mercado was the most recent, until of course, this Rhian Ramos scandal. There should be some boundaries defining the thin line of decency in showbiz. And abortion just cuts it right in the middle. 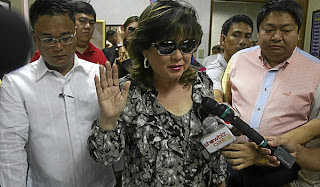 Child labor abuse and oral defamation. That's what the big-mouth mother of Richard, Raymond and Ruffa Gutierrez is now facing. She is accused of subjecting the kids of former TV star(?) Nadia Montenegro to grueling hours on camera and time away from school. Now that the case is in court, the verbal abuse of Anabelle caught live on television shows a woman with no education at all - angry and scorned at the world that she thinks owes her big time for her contribution to entertainment. It would be thrilling to see Anabelle behind bars this time and I wonder what the Gutierrez family would say when this verbally abusive woman (?) is finally brought to justice. This woman literally takes home the message "you can take a boy out of the country, but you can't take the country out of the boy". [Ang hampas lupa, bihisan mo man ng ginto, eh hampas lupa pa din] 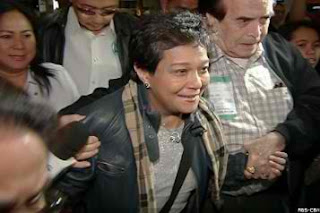 "Walang himala!!!....kundi sa Pilipinas". And what other country has an open arm policy to has-beens but the Philippines? There is a soft spot for La Aunor. Most probably half the people in the Philippines (except the aging population) have forgotten about the singing lass who rose from poverty to riches and dragged herself into exile, changed her sexual orientation and oh yes, finally decided to come back to the Philippines because there was no work available to her in America. Give it to MVPs TV5 for flying back La Aunor to make a series of TV shows for the network. But the country is a softie for Pinoys who've left and come back to rebuild their lives - Billy Joe Crawford, Gabby Concepcion, Geneva Cruz, to name a few. Last we heard was that the TV series of Ate Guy didn't click, which means that La Aunor would probably have been better off in the US, doing a real-life "Bona" (in this movie she plays an abused housemaid) there. Seriously, in this day and age of Justin Beibers and Lady Gagas, the younger generation can't fathom why La Aunor even became - Superstar! 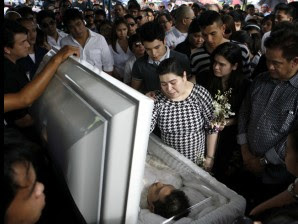 I saved the last not as the least but as the worst. I have never even heard about this guy Ramgen until he died. When I heard about his death, my household help were abuzz. I asked who died? When they said it was Ramgen-someone, I asked again - who? I mean, I don't even know the guy, but my household help who are rabid TV addicts tell me that he's a new find of the network --- tadaahhhhh - GMA 7. No surprise there. It seems that GMA 7 knows how to pick out these lackeys and I should give them a pat in the back for being able to select these kind of entertainers. Over the next few weeks, the whole Bautista household's (including the life and times of Ramon Revilla, Sr) dirty linen are washed in public! From the schizophrenic mother, to the abusive Ramgen (who's not a good boy as GMA 7 would project after all), to the household fights, locking up the food supply of the younger siblings and financial woes because of the spending spree of Ramgen and mother...a story unfolds each day making the plot thicken the real-life telenovela with more drama and decadent violence! The real life story of this guy Ramgen is actually more interesting than the career of this wannabe-starlet. Somebody should get to the mother and buy the rights to the movie quickly while she is still lucid! This murder is a family affair.
Posted by Kid at heart at 1:55 PM