It's the Christmas rush. What better place to be peeved than in the roads of Metro Manila. Ho ho ho!!! Even Santa Claus would have a nightmare trying to get Dasher, Dancer, Prancer, Vixen, Comet, Cupid, Donner, Blitzen and Rudolph to land safely without having to smash through some squatters' shanty in Manila.

Yes my dear Virginia, there is no urban planning in the Philippines. I don't think there is a local government official that even has the brains or the balls to consider urban planning as his major platform in trying to make the city they govern liveable. As Filipinos, we reap what we sow and ho ho ho...a jolly joke to us all when we get caught in the nightmare of traffic (and this is all year round) or flooding (and this is scary because just a few raindrops and we're inundated) or fire (and this is not a laughing matter because most of the houses in the city are virtual fire traps), we point the blame at our government officials.

I decided to write this blog at the back of my car, while my driver is getting frustratingly irritated at the traffic in the Metro. In short, here are my unsolicited ideas on how to decrease the traffic in Metro Manila (or should I say, the Philippines):

1. Let's build a sky on EDSA! So the skyway has eased traffic going the south and north of the metro. Thanks to the skyway, but at whose expense? Obviously, it's the average Juan de la Cruz who forks out the costs on this short, but expensive skyway. As a matter of fact, traveling from Buendia to Alabang has been a breeze - takes less than 10 minutes if you take the skyway or 20 minutes if you take the at-grade road below. But you also spend $3.50 for the 16.5 km stretch (or about $0.21 or P9.00 per kilometer) - the most expensive toll fee in the world. But the toll ways is profitable - for both the government (because Kim Henares will not have to worry about tax collection any longer) and the private sector (because it's a one time investment for the builders and it's a one-armed slot machine money making venture all the way thereafter). Imagine - EDSA is about 24 km long. At $0.25 per kilometer they can charge $6 (P261.00) per way from the Heritage Hotel in Pasay City to Monumento in Caloocan City. My simple take is this - you can afford a car, you can afford to pay the road fees however extravagant they may be. The only thing here is where to put the skyway. Higher than the current MRT of course! This can be the next wonder of the world for the Philippines! We will look aesthetically the worst in the world but who the hell cares? It's the Philippines and we're third world anyway. 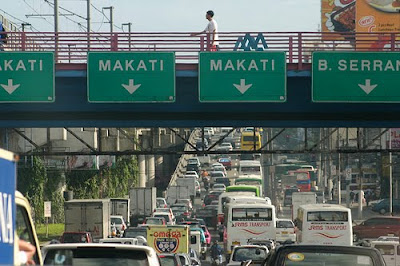 2. Paradigm shift for MMDA and traffic enforcers. It's about time these pathetic leeches who are inconsequential to the work force except for bribery techniques be vanquished from the face of EDSA or anywhere in the world. Instead of REALLY working to ease traffic congestion, these lackeys congregate with their peers (talk about the literal meaning of "highway robbers"). So here's the take - with the number coding scheme enforced in the Metro Manila area, the robbers...este enforcers...do just that...rob...este enforce the number coding. They run after the private cars. Even if the damn jeeps and buses and tricycles and pedicabs load and unload in prohibited zones AND IN FRONT OF THEIR VERY EYES, they turn a blind eye on this. It makes your blood boil when you see that the root cause of traffic is the fact that these supposed robbers...este enforcers are NOT doing their jobs. Like a horse with blinders on, they just look one way and steal the other way. They're practically busy chatting on the cellphone or texting to God knows who and scamper away when it rains like Gremlins afraid to multiply. What peeves me is that their bosses also turn a blind eye on this problem! NO MMDA HAS EVER ENFORCED DISCIPLINE IN ITS RANKS! For the very love of God - your president PNOY has the slogan - ANG TUWID NA DAAN! PUTANG INANG BAYAN ITO...ASAN ANG TUWID NA DAAN KUNG BALUKTOT ANG DAAN NG MGA LANGGAM? (tsk tsk tsk...lonely battle cry for PNoy). They can keep their jobs but REMOVE THE NUMBER CODING SCHEME so that they focus on what is essential. 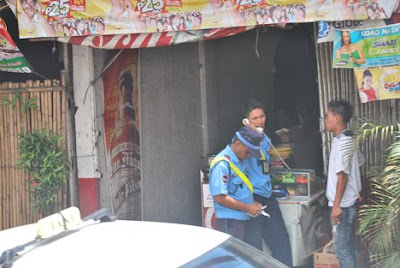 3. Let's play KILL THE JAYWALKER. Fueled by the violence of video games, here's one in real life. Never mind the bleeding hearts of the people at the Commission on Human Rights - jaywalking is a crime! And punishable by law! I have never understood this country. We paint so many streets with pedestrian lanes, build so many elevated pedestrian walkways, seriously place barbed wires or high fences in the middle of the road so that these pesky jaywalkers use the right place to cross the streets YET they insist on crossing the road at the point of "most convenience". Never mind if they have to play tag with the oncoming ten-wheeler or if they have to jump over the wired fences (even if you place a high voltage wiring, I'm sure these idiots will find a way to get across them) - they're like the Nike advertisement - JUST DO IT! If you ran over them, it's still the drivers fault (they call it involuntary manslaughter due to reckless imprudence.) If the government came out with a law to the effect that "motorists who run over people that are caught jaywalking or who cross the streets in NON PEDESTRIAN lane zones will be rewarded accordingly: P100,000 for every senior citizen run over, P200,000 for all adults 18-59 years old, and P500,000 for everyone under 18 years old", I'm quite sure that NO ONE will jaywalk anymore. We can alway have a test case and see how that works. Let's just say "MAY PABUYA ANG NAGMAMANEHO PAG NAKASAGASA NG JAYWALKER!" Game ON!!!! 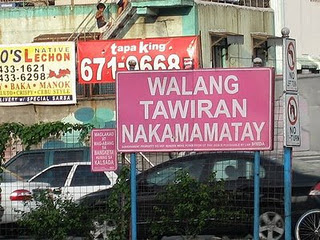 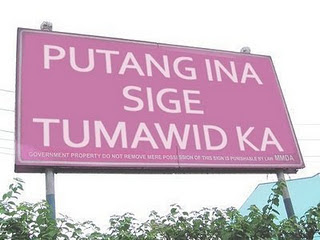 4. No additional public utility vehicles. I don't care if the jeepney is the national symbol of transportation in the Philippines. I don't even give a f*ck who Sarao is. But if there are public transportations I loathe, they are the jeepneys and tricycles. I don't also give a f*ck if the tricycle can house 30 people in one travel. I also don't give a sh*t about the jeepney being colorful and extraordinarily gay and rowdy! Finally, I don't give a damn if the jeepney drivers don't have a job because they don't have a jeep. My line of thinking is simple - jeepney, tricycle and pedicab drivers make up less than 0.5% of the workforce in this country. They don't pay taxes and they don't contribute to the growth of the Philippine economy. They violate so many traffic rules and regulations and are inconsequential in the life of the average Juan de la Cruz. The jeepneys they drive are major pollutants and they only bribe emission testing centers to make their pathetic tin can motored vehicles run on the road. There should be a project on the part of the government to decrease the life expectancy of these jeepneys. For example, in 2012 those jeepneys ending in plate numbers 1 and 2 will not be re-registered by the LTO any longer (like the K12 program by the DepEd). Then in 2013 those ending in plate numbers 3 and 4. In 2014 those ending in plate numbers 5 and 6 and so on and so forth until all the jeepneys are gone in 2016. And an accelerated program for tricycles - all ending in odd numbers will not be allowed to be re-registered in 2012 and all even numbers in 2013. And a full phase pullout of pedicabs in June 2012. Oh how wonderful and happy this country would be!!! Oh joy oh joy oh pure joy!!! There will no more chaos on the streets and road rage would be minimized. We can send the jeepney, tricycle and pedicab drivers to Afghanistan, Pakistan, Uzbekistan, Kazhakstan, and whatever -tan you can think of! 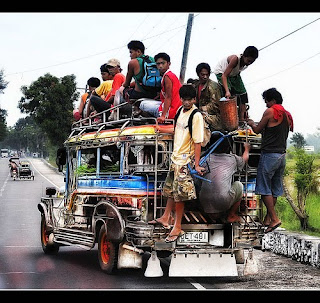 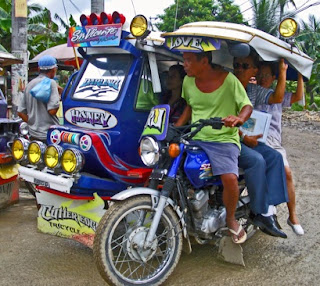 5. Burn all the SM malls. I have nothing against the SM malls itself. While they cater mostly to the C, D and E class, they're also situated in the worst areas of the metro. They're right in the heart of the traffic choke points. These Henry Sy malls shouldn't even be in the areas where they are. This shopping complex is the perfect example of an urban planner that probably got his degree paying his way (or giving his teachers gifts just to pass) for good grades in college and was able to put up his business using grease money. Sanamagan! And they rise up faster than ants building a molehill. Let's face it, if you pulverize these SM malls (except the Mall of Asia) to the ground, traffic will cease by 30%. All local government units must be allowed only ONE SM MALL each. Which means that there should be only ONE SM MALL in Manila, ONE SM MALL in Alabang, ONE SM MALL in Las Pinas, etc. And all the SM Malls should be located inside a village. There should be NO direct access to the main roads. Kidding aside, when I asked a 7 year old patient of mine what the national park of the Philippines is, his answer was - SM! Ewan! I almost slapped the mother (who was terribly happy with the WRONG ANSWER of her son. And we wonder why they needed to add one more year of schooling to the grade school children. Sheesh...). 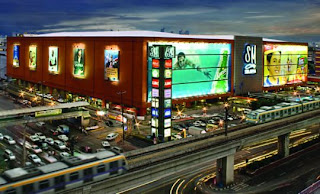 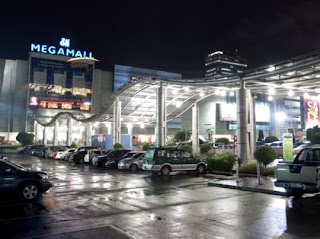 Come to think about it, the problem with traffic in the Philippines is not that is has NO urban planning. It's the fact that these little towns and cities are so politicized that they local government officials feel and think they have their own kingdoms and do as they wish. I guess even PNoy with his last remaining hurrah will not be able to solve a problem like Manila.

But I challenge PNoy and his cabinet of merry men. Instead of yakking on CJ Corona, please, do something that challenges even the smallest of balls or brains.
Posted by Kid at heart at 2:23 PM