Wee Nam Kee and the Spa - Fed and Pampered...

To say that it was a stressful week for me was an understated description on the week that was!

The Pediatric Infectious Diseases Society of the Philippines Convention held at the Crowne Plaza last February 15 was a huge success. After two lectures and one Breakfast symposium, my week wasn't over. There was the lecture for the residents at Cardinal Santos on Thursday and then rushed to One Esplanade to give my final talk for the week at the Convention of the Philippine Academy for Family Physicians.

I think my partner pitied my so hectic schedule that he decided on treating me to dinner and pampering at the Spa.

First off was dinner at the newly opened Wee Nam Kee at the Alabang Town Center.

Wee Nam Kee is a Singaporean restaurant that serves their famous Hainanese Chicken Rice. I've tried the Wee Nam Kee in Singapore and the natural reaction when it opened in Manila was - at last!! 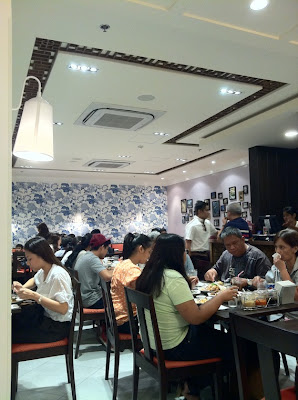 The interior design of Wee Nam Kee at the ATC mall was sparse and similar to the Singaporean restaurant was designed in enough simplicity and yet an inviting ambience. The tables are really small, so even if you're two, sharing a table for your dinner, make sure you don't order too much as there wouldn't be enough space to put the orders! The queue to the restaurant is relatively long. Obviously, looking at the prices of the food on the menu, you'd probably say that it's relatively cheap for family dining...

Until you see the portions of the order.

We had its famous Hainanese Chicken (which chicken rice and chicken soup). I told my partner not to order the personal size as it is really a small serving (unless the "small lady" in the Senate probe was going to eat that plate). If you are two people sharing, make sure you get the half chicken order (and while it says that it's good for 3-4, believe me - it's really good for two. Again, unless you're part of the construction worker team building the other stalls around the mall who have one bucket of rice with two slices of chicken, then that small order would probably fly.) 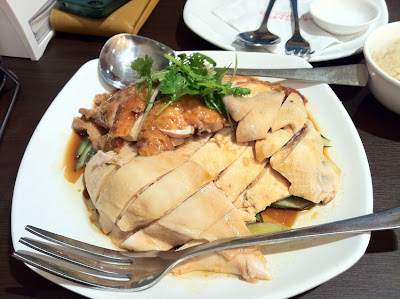 To get a taste of both ways of cooking the Hainanese Chicken - order it as roasted or plain white chicken.

Don't forget to mix the sauces - garlic, soya and hot sauce - together to make the flavors stand out.

On my insistence, we ordered the Cereal Prawn (only because I tasted this already in Singapore). Unlike the Singapore version where the Cereal was mixed with Floss, this came out really wanting in taste for the Prawns. (They indicated in the menu that one order would have 4 prawns, but I counted only 3.) There was too much "cereal" covering the whole prawn serving that I thought they did that to cover up what was lacking. 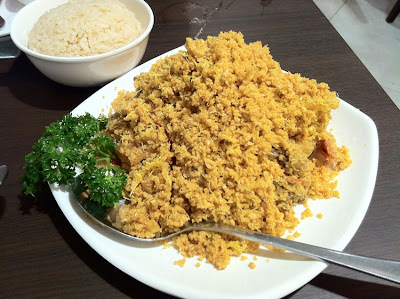 Total bill: P1058.40 ($25)
Recommendation: The hainanese chicken is one of the best but the servings are really small. Get the bigger servings. So that you really feast on a great Singaporean dish - order two sizes up!!! It will be worth the upgrade. Their orders are in reality, single servings. Next time you order, think Singaporean price so that you'd get your moneys worth.
Would I go back? Why not! The food is contemporary and good.

After the dinner we headed off to the Spa to get a relaxing massage. Obviously, this wasn't a first choice. We actually prefer the Mandarin Spa (either at the Casa Vicente of the ATC or Bellevue), but both spas were full (there must have been a lot of stressed people that week). So we settled for the Spa.

While the Spa may have great amenities and a nicer ambience (including jacuzzi, showers, steam room, private lockers and well appointed rooms), at the end of the day - it's the massage that counted! We got the 90 minutes complete rub down and it was pure bliss. 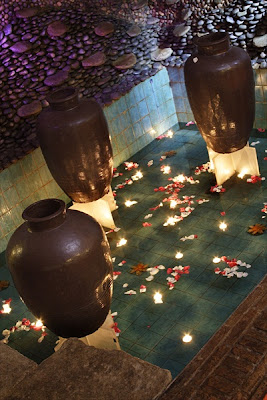 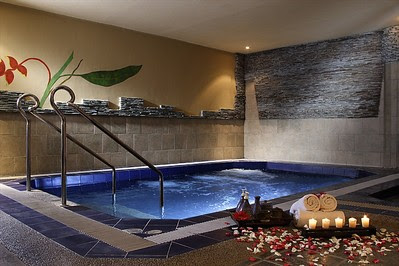 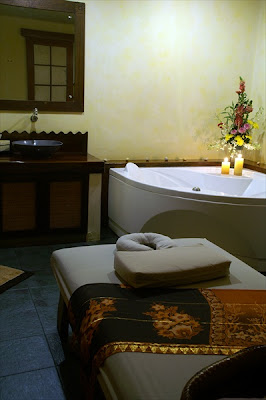 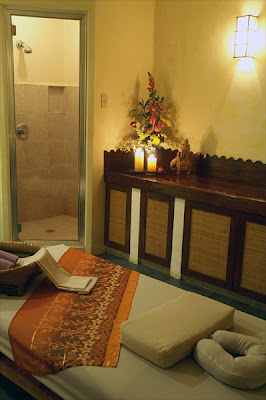 Never mind the mega bucks. And don't forget to get a private room (it will spare you with the noise of the hands slapping against so much flab and fat and the snoring of the other customers.)

As the advertisement would say, everything else there's Mastercard...pampered, relaxed and destressed - priceless!

Total bill: P3300 ($80)
Recommendation: A bit on the steep side but that's because you're paying for both the ambience and the wet floor (jacuzzi, shower, steam). But if you're not really going to use the wet area and want a better rub down, the Mandarin Spa is still the best massage in terms of value for money!
Would I go back? I've been back and forth here - but only when the Mandarin Spa is fully occupied.

It was a great way to cap a stressful week. Being fed and pampered...now I know what a pig feels like before being slaughtered!
Posted by Kid at heart at 12:27 PM