Will she, won't she? 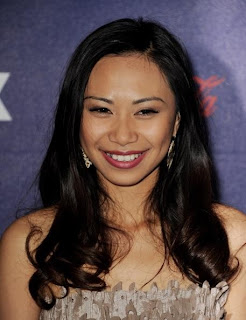 I waited until the top 3 to write down this blog entry.

I have never been much of an American Idol fan. Even with past Fil-Am idol contestants Jasmine Trias or Thea Megia, truth be told, I was never impressed.

Then Jessica Sanchez came along.

Seriously, this 16 year old Filipino-Mexican American can sing! Watching her week after week was something I looked forward to on a Thursday night in Manila. She wowed me and made me a firm believer of what is truly called pure raw talent.

Then she got the lowest votes even before she could land in the top 5. Whatever drama transpired with "Saving Jessica" was one hell of a show! The fact is that she is the only "save" in American Idol history to land in the top 3.

The life story of Jessica Sanchez revolves around a young girl in search of a dream and passion for singing. She was first seen in "America's Got Talent" when she was only 11 years old. Ironically, "America's Got Talent" producer Simon Cowell had commented back then that in spite of Jessica not making it to the finals, commented that "she's one the best I have ever heard." And that was five years ago.

Today, Jessica sings her heart out to America, hoping to capture the final two spots in the race to the finish for American Idol. Last girl standing and yes, she is neither black nor white. She is born to immigrant parents who had gone to seek greener pastures in America.

It's a matter of talent. Either you've got it or you don't. And bias aside, Phillip Phillips needs to leave AI and leave the final battle to Joshua Ledet and Jessica Sanchez. As a matter of fact, I still don't see what America or Randy Jackson sees in Phillip with all the nicey comments to his mediocre singing. Of course, with Ledet, Sanchez and Phillips left in the competition - it would be sad to see Sanchez lose out to Phillips as the latter is a poor competition to Ledet. Most of the "controversial" winners of AI have never really had careers that took off with the runners-up like Jennifer Hudson, Adam Lambert, to name a few, making names for themselves today.

The little girl from Chula Vista, San Diego has made me a firm believer that the Filipino is one of the best in the world. Her rendition of the Jennifer Holliday song "And I'm Telling You I'm Not Going" was one of the best I have ever heard.

Our lights shine when we are given the opportunity to. And as a Filipino I am proud of Jessica. Proud to encourage Filipinos all over the world to vote for her. Proud to even tell the American public to judge with their ears and heads and not see her as a mixed brown girl raised in the US of A.

And as I count down to the last few weeks of AI, I keep my fingers crossed that Jessica Sanchez would be given the chance to be pitted against Joshua Ledet - not because I want, but because it's what's left of AI's last 3 talents.

Turn up the volume of your computer and you'll hear why Jessica has even left me...stuttering....