What part of the English language do call center agents not understand? 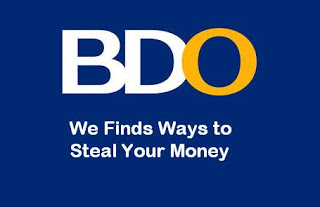 Call Center agencies are a dime a dozen these days.

With the Business Process Outsourcing industry in boom, the quality of call centers as adjunct to the primary business have become a bane.

Today, I had my monthly conversation with the local call center for American Express credit cards. Today, our conversation lasted 40 minutes and 35 seconds. Yes, I keep a track of all my dealing with any call center I get in touch with. It's always a matter of he says, she says and you can never be too sure with what the agent on the other line will report. For the record, when you hear the voice that say "This conversation MAY be recorded...", you're hearing it correctly. It MAY be recorded. I'm not really sure if they even review the recordings, but based on my monthly conversation with Amex, I am certain that their call center has major quality issues.

Yes, it's been that long.

Before I left for my US vacation, I inquired about my credit card (which was expiring end of the September 2012) AND my statement of account for the month of September. They informed me that my current card was still valid up to the end of the month and that the new one was still being "embossed" (and that was the second week of September 2012 already). OMG!!! I informed them that I was leaving the country and that IF and WHEN the card does not arrive on my return from the US by the first week of October, they can forget about delivering it and just cancel the card. I do this to all my credit cards because of fraud and theft issues with credit cards today. The agent acknowledged it and said that it would be ready within a week.

Obviously the card never came. And that's when my trip to their call center called hell, came into the picture. It was month after month of reliving the nightmare. It was month after month (although there were months that every two weeks I had to remind them that I requested cancellation of my credit card from my initial conversation with their agent in September) that I had to make them (and myself) relive the chain of events. It was like being called to court, hopefully perhaps on their part, that there would be a change in my story.

I had been billed with the annual fee of P3000 and the late and penalty charges that accrued not only because of a late bill payment (which was reasonable considering that it was partly my fault) but because the annual fee had been incorporated into the picture.

I don't know what part of the English language our call center agents do not understand, but I had no doubt that the English language was not part of the training in the understanding of the problem. I get the fact that we are the Philippines and that perhaps a majority of those employed in the call center industry are young and speak Taglish (which is NOT a language). But my instructions, explanations and communication was very clear.

It took them two months and 4 calls to cancel the card in November 2012. After I demanded to speak to a supervisor who refused to come to the phone initially. After 35 minutes of exchange argument, the supervisor attended my call and like a retard, repetitively asked if I wanted my card cancelled and if I did, all the earned points would disappear. Who the f*ck cared about whether the points disappeared or not? They gave away pathetic low cost, hard to achieve, cheap giveaways!

The point of BDO was that I had the card cancelled in November...strange because it became my fault this time around.

And no explanation could appease them...In February, I received another statement of account and the finance charges and late payment just keeps piling up.

It's exasperating to say the least, that with the advent of the call center industry, there is no more customer relationship between the customer that keeps these people's business alive and the people who run BDO or Amex (by the way, BDO runs American Express in the Philippines).

You cannot talk to higher ups who will take action on the matter. The pathetic call center agents are like trained guard dogs who screen their bosses from having a dog run after their thick hides. These call center agents are willing to take a bullet for even Henry Sy - bravo!!! The truth of the matter is that I'm not running away from them. Fair is fair. I don't owe them my annual dues because I had it terminated even before they allegedly sent anything to my house by an alleged animal called Jordan Recson.

I know that the jologs market love BDO. I despise it - for more reasons than just their lousy service. I will keep those in the lower socioeconomic class who love BDO the way they are. After all, birds of the same feather flock together.

And those who cannot even comprehend the simple English language have no business being in a call center. It's about time the BPO be transferred to countries where the kind of BPO service and understanding of the English language is more proficient than the Philippines.

I suppose this is my calvary and I hope it ends soon. Otherwise, on my way to Good Friday, I shall crucify someone at BDO, even if he is on a wheelchair.

[P.S. Incidentally, here's the site where I got the image from...it's another interesting read...
http://customersrevenge.blogspot.com/2011/12/bdo-we-find-ways-to-steal-your-money.html]

Sir/ Maam, this is an authorized representative of BDO Unibank, Inc. We have noted your concern. Please advise your contact number so that we may further discuss how best to address your issues.

Imagine - someone from BDO reading my blog almost months after my post. Sanamagan!!! I rest my case

Sir/Ma'am, BDO just recently discovered your concern, and BDO currently does not yet have a social media customer service program in place. Customers' issues are important to us. Please let us know how we can reach you and allow us to resolve your concerns.

Sir/Ma'am, BDO just recently discovered your concern, and BDO currently does not yet have a social media customer service program in place. Customers' issues are important to us. Please let us know how we can reach you and allow us to resolve your concerns."

So this is the BDO reply - and I tried to call today and as I write this comment, I have been put on hold for the last 10 minutes. Talaga naman - BDO - they find ways to be irritatingly, painfully, an insignificant company!!! Someone should just shoot down BDO!

I think it is better to hire a lawyer who will help you deal with this kind. I have been there and man, it was really a nightmare!