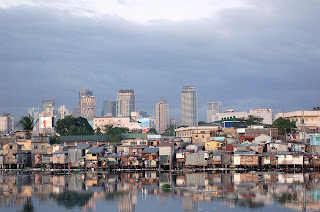 I am a skeptic when it comes to politics. Whether the scenario is in government or the private sector, I've always frowned upon the "weather weather lang" system. I guess, while it exists in all countries, I cannot help but compare how pathetically low this type of practice is in the Philippines.

A perfect example is the recent spat between the local government and the national government on solving the perennial traffic problem in Metro Manila.

I have never been a fan of former president, now Manila Mayor Erap. But his latest move to decongest traffic in Manila was a wow factor to me. The following day, after banning all the errant busses plying the streets of Manila's major roads, I got from Makati to Manila in less than 15 minutes. This was at 930am in the morning on a work day week! It usually takes me 1 hour to get from my work place in Makati to UST (a travel of less than 8 km). The 15 minutes was such a treat! This was compounded by the fact that the MMDA recently extended the ban of cargo trucks from 6-9AM to 6-10AM during the daytime.

The traffic in Metro Manila can be solved. It takes political will. Something direly lacking because whoever sits in the throne of governance seems to lack not only the brains but also the resolve to approach the problem for the benefit of the majority. 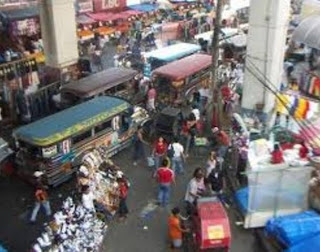 The inefficiency at regulating the various traffic scenarios in the metropolis speaks of the lack of political will of not only the local governments but the national government office as well.

1. The Philippines touts to have 7,101 islands surrounding the archipelago. Which means that there are so many waterways that surround not only Metro Manila, but almost each and every province in the country. Why not ban the large cargo trucks during the day? Because it is big business for haulers. We have a port in almost every province - bordering the Pacific Ocean and South China Sea, not to mention those found inland. Move those cargoes from port to port during the daytime. Put more use to the Philippine Port Authority.

2. Then there are the railways. So we don't have the best railway transport in the world. Put to good use the railways of the metropolis. Instead of having those illegal settlers (read - squatters) put up their shanties along the railways, the trains can haul part of the cargoes hauled by cargo trucks that take up what little space there is left on the roads of Metro Manila.

3. Remove the colorum public utility vehicles. From busses, jeepneys, tricycles and pedicabs. We don't put efficiency on the roads. Seriously, there are too many of them! And it's not true that there is not enough. Most of them are illegal. Most of them load and unload in every part of the city. All of them create a state of anarchy on the roads. When you try to educate them or correct this, the drivers are up in arms declaring poverty as a pathetic excuse for trying to improve the worsening traffic in Metro Manila. I cannot understand why they refuse to just follow rules. Traffic rules are made not only for the private cars but for public utility vehicles as well. So why are traffic enforcers more lax with public utility vehicles who don't obey the rules? The answer is simple. Corruption is skin deep and entrenched so deep among the poor that the government, both local and national, would prefer to turn a blind eye.

If you look at the busses on EDSA or the jeepneys that ply the roads of the metro during non-peak hours, they're almost empty. Why can't we create a system where the volume of allowable public utility vehicles should be lessened by half when it is not rush hour? Say 9AM-3PM?

4. Create sidewalks so people can walk. Well, let's face it. We do have sidewalks. But the sidewalks are full of vendors. Illegal vendors at that. No one can even get rid of them. Well, some public officials have tried but after ridding them, they simply congregate back after a few months. And with the crowd of people and vendors, are the criminals who prey on commuters and the public in general. You can't even find a decent policeman around because most of them are in cahoots with the criminals.

Where I live, it takes me almost 30 minutes to get out of the service road on any given work day. The reason is that we have to go through two villages where illegal settlers live. The jeepneys, tricycles and pedicabs take the whole day using the national road as their loading and unloading zone.

Time is precious, not only for these poor illegal settlers. They're also vital for businessmen and everyone else. Traffic results in a waste of time and money (not only in terms of wasted gasoline) on everyone. When this happens, it's simple economics that all costs and commodities take a toll on the public as well.

Let's face it. The real problem to all the problems related to traffic and flooding in the metro are the growing illegal settlers in the city. And there's the irony. The Lina Law, otherwise known as Republic Act 7279, The Urban Development and Housing Act of 1992, was enacted to “Uplift the conditions of the underprivileged and homeless citizens in urban areas and in resettlement areas by making available to them decent housing at affordable cost, basic services, and employment opportunities”, “Provide for the rational use and development of urban land”, “Reduction in urban dysfunctions, particularly those that adversely affect public health, safety and ecology”, “Adopt workable policies to regulate and direct urban growth and expansion towards a dispersed urban net and more balanced urban-rural interdependence,” among other laudable purposes. This was authored by then DILG Secretary Joey Lina. He was hoping that by copying the Singapore model, this country would be great again. But Philippine politics is not like Singapore.

The law is laudable and while it may have a purpose for uplifting the poor illegal settlers, the Local Government Units have not taken the initiative to convert government land into housing projects for the poor. You see the Sys, Ayalas, Consunjis and other developers putting up condominiums left and right. With so much housing development going on abuzz in the metro, I have yet to see the majority of it going to the poor.

And as I call a spade a spade, the law is useless. The illegal settlers just multiply in hoards. You relocate them, they just come back to the city because squatting is a billion peso profession illegally entwined in corruption among government officials as well. And they encroach on the rights of every citizen who owns a private land or on government property by constructing shanties that are not only a bane to the roads, but a bane to the progress of every local government unit.

If a law like this that has existed for over two decades cannot be enforced, what is the reason for its existence? Just repeal the law and let every local government take care of how to rid the illegal settlers from their cities. Let's not let a law like this that's not even implementable be the stumbling block to progress in the country.

While it's good in paper, it is not practical because the government has no political will and disenfranchises the majority of those who contribute to the taxes that run this country.