It was a 37 hours flight from Manila to Singapore to Barcelona to Sao Paolo to Rio de Janeiro on Singapore Airlines. I didn't think I would have lasted a flight this long or a trip this far. But we landed in Rio a few hours earlier and for those traveling from the Philippines to any South American country, here are a few trips, which I will call - Project Brazil:

1. Don't fly on economy class if the trip will take more than 24 hours. It's bad enough to be on a plane that will take more than 10 hours on economy class. It's guaranteed that when you arrive, you will feel like part of the baggage compartment. With that said, there are many flights into Brazil from Manila, Philippines. Because Brazil is on the East side of the continent, flying through Europe or the Middle East will be the shorter route. Emirates will take you there with one technical stop in Dubai. Qatar & Etihad have no direct flights into Rio de Janeiro and will need to stop through Sao Paolo. From Sao Paolo there are several local airlines that you can take to Rio. I suggest that instead of going into the Galeao International Airport (GIG) in Rio (if you're coming into Sao Paolo), take the SDU or Santos Dumont Airport. There are more flights from Sao Paolo and it's already in the heart of Rio (a 17 mins taxi ride from the airport to Copacabana Beach). For the mile rackers, KLM or Air France are European airlines you can opt for. KLM/Air France will fly you from Manila into Taipei then to Amsterdam then to Rio de Janeiro. It's about a 32 hrs flight altogether. The only Asian airline that flies into Brazil is Singapore Airlines. This airline was chosen over the other airlines on the list because of the very comfortable large bed on business class (the widest in all business class planes) with a 1-2-1 configuration on its 777-300 planes. The seat folds into a flat bed with beddings and linen all tucked in the back of the seat. Seriously, I would have recommended Emirates or Qatar. Unfortunately the planes that Emirates or Qatar uses from Dubai or DOHA, respectively are not in the 1-2-1 configuration but the 2-2-2 arrangement. 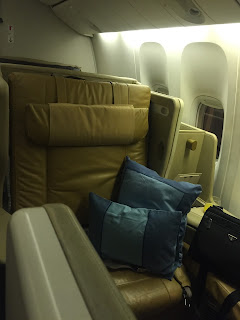 Remember, if you need to fly this long...make sure that you're pampered in the sky as well. Believe me when I say that it would be a let down if you flew like garbage to another third world country. 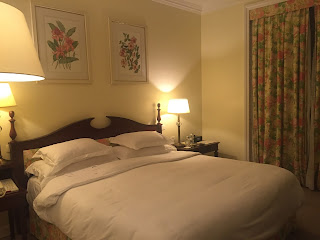 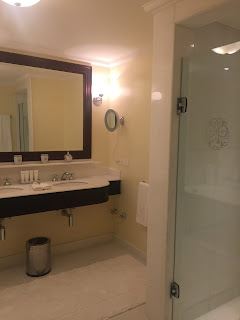 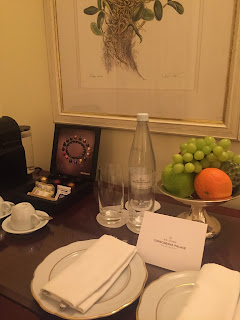 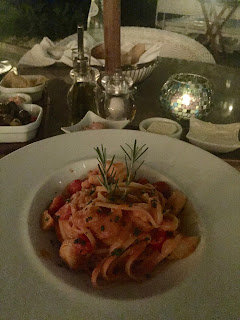 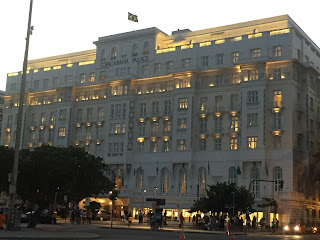 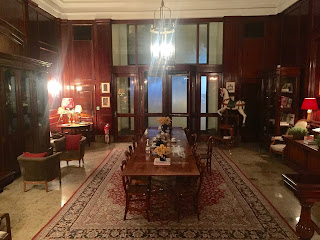 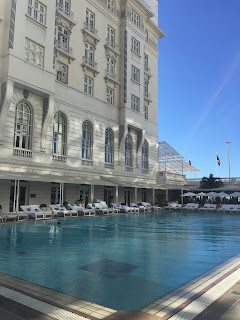 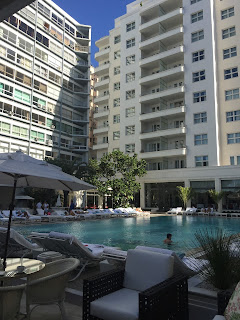 So if these pictures of the hotel didn't "wow" you enough, you should see how much let down the other hotels would be. The pool is very inviting and large at the Belmond and the food is quite good at the Pergula. Of course, you have two other restaurants which are Michelin starred, but I didn't bother to spend more money than I already spent on food.

3. Currency exchange in Brazil is a let down. I get the fact that the country is in crisis. A few years ago, the exchange used to be $1 = 2 Reals. It is now $1 = 3.55 Reals. This is how large the economy plunged. I've also said time and again that you can tell how bad the economy of the country is doing based on the quality of the denomination that is circulating. The Real is really bad. I have not seen a new currency since I was here and have changed several Reals. All the Reals are dilapidated and look like they have come from the marketplace. And the exchange is terrible. Don't change at the airport. They deduct 10% service charge and 5% in taxes from your dollars. Change in the hotel. They will take 5 Reals no matter how much you change and 5% in taxes. If you change more, you get a better rate. The current exchange rate is $1 = 3.05 Reals. Which sucks big time because you're losing 0.5 Real for every dollar you're changing. The best option is not to change a large amount of cash. Just pay with credit card and let the bank take care of the exchange rate.