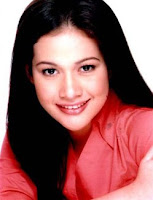 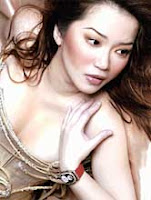 There's a lot of buzz going around about "complementary alternative agents" in the market and milk and medicines being "endorsed" by personalities.

Kidney care, heart care, liver aid, a vitamin that will make you complete, follow-on milk formulas and milk for the child who's a picky eater, whitening soaps, beautifying agents whose bodies can't be touched except by a specific product, over-the-counter medicines and whole lot more.

"Endorsers" are popular personalities who are PAID millions to say something, even if they have NO KNOWLEDGE on that particular product. I have nothing against endorsers. We all need to make a living. What I cannot stand is the fact that the endorsers make the complicated look simple and the simpleton in the Filipino will swallow what they say - hook, like and sinker!

There is no scientific evidence that supports the fact that these can serve as substitute to current therapeutic agents that people take for their illnesses. It is understandable that the Filipinos are in search of cheaper, alternative drugs to treat or prevent disease. It is also deceitful of the herbal industry to claim that their drugs are "safe" or "safer" and that because it is "natural", is seemingly devoid of side effects. From a pharmacological standpoint, there is NO SUCH THING as a safe drug.

"Alternative agents" abound in the local market. A few years back, this million dollar business has become a billion dollar market. Thanks to the ENDORSERS and the gullible public.

The argument is that, since these herbal drugs are BFAD (Bureau of Food and Drug) approved, then they must be safe AND effective. Two issues that the public do not understand. Remember: Herbal preparations come into the market with an application with the food and drugs authorities as FOOD SUPPLEMENT and NOT as a DRUG. Hence, there is the imprimatur at the side of the box that says "No approved therapeutic claims". Second, because of the latter, these products are at best supplementary and many DO NOT have large clinical trials compared to standard therapy to support that claim.

In short, what may be effective for patient A, may not work for patient B, given a 50% therapeutic efficacy. Which makes "testimonial advertisements" defective and deceptive. In the long run, not only will patients end up spending more for failed therapy, but because the disease has run its complications, they end up with greater morbidity and mortality.

While there is nothing wrong with TRYING out an herbal SUPPLEMENT (read the word, SUPPLEMENT), the patients must disclose this to the health provider, who in turn must be knowledgeable about herbal drugs so that they can help the patient decide on the treatment plans for patients into homeopathic care. It is with caution therefore that these herbal supplements are recommended, because they have a great potential to cause drug-drug interaction with conventional medicines and can be fatal in the end.

Which goes to the second point of this blog.

Now that I have explained the pharmacological viewpoint above, it is ridiculous that the public believe in the "endorsers" claim. After all, these people are paid to be the megaphones of the company. Notice that their claims are only for the supposed effectiveness and use of the medication. There is NO WARNING on how patients should deal with the side effects, should one occur.

Who do you run after should you develop a fatal adverse reaction? To Juday, to Boy, to Edu? I bet my life they will always say, "I was only paid to say that".

With so many endorsements in advertising nowadays, I firmly believe that the Department of Health together with the Advertising organization of the Philippines must instill some moral aspect into what comes out as advertisement and put more teeth to the victory cry "Truth in Advertising". The public deserves nothing less.

Drugs are considered OTC (over-the-counter) medications (read - paracetamol, mefenamic acid, carbocisteine, phenylpropanolamine/guiafenesis, ibuprofen, etc.) because they have been in the market for a long time and that the side effects to these drugs WHEN USED PROPERLY make it safe for patients to decide if symptomatic treatment of mild illnesses which can be managed at home, they are marketed as what is called OTCs. What makes these endorsers credible? They have no knowledge of drugs, they are not even medical professionals or have a degree that certifies them to render an expert opinion on drugs and the treatment of diseases.

As in all drugs, they are lethal when abused and not taken correctly. Do you know that Paracetamol or Acetaminophen is the number ONE cause of drug-induced hepatitis worldwide? Not that it's not safe when taken correctly, but when abused can lead to fatal consequences. The US FDA has warned the public regarding phenylpropanolamine and asked the companies to withdraw voluntarily the ingredient in cough and cold preparations. But the local industry is profit-oriented and will always reason why it should stay in the market. The lethal cocktail combination of gullibility, illiteracy and endorsements is fatal. This is what happens when laymen do not understand the miniscule information provided in a 30 second flick. Herbal preparations can cause drug interactions with OTCs and lead to a condition that results in six feet under the ground.


Advertisers and companies will always claim that their advertisements are TO SELL a product. Whether it is for human consumption or for use. Milk formula preparations abound with various claims attached to it. There is the milk that is a substitute for the picky eater. Or the milk that will enhance brain development. Or the milk that will make a child a prodigy. All that crap! There is no iota of truth to these claims. Picky eaters are due to bad parenting. Having said that, I challenge the parent who claims otherwise. Eating is a habit that is learned! This has got to be the message ingrained amont those wo think otherwise. The American Academy of Pediatrics does NOT recommend electronic baby sitters (read - TV) to children during feeding time. They are distractors and can be detrimental to appropriate feeding practices. Why do you want to give the child a milk formula because he/she refuses to eat? In the Philippines, I see patients who are still on the bottle after 1 1/2 years old! I tell the parents to remove it and they frown on me, saying that the child will cry in the middle of the night and they can't sleep. Now isn't that really stupid? No child has died crying! All infants go through a "manipulative" stage. They are wittier, trying to find out who will give in to their whims and caprices. If they "win", both parties (parent and child) are losers in the end.

They become "picky eaters", malnourished (undernourished or obese), disciplinary problems later on, and end up losing all their "baby teeth" before they reach the age of 3. Then they refuse to feed solid food because of the dental caries and the vicious cycle is perpetuated.

Why do you want to spend more on milk formula which becomes more expensive because of the millions of pesos companies spend on endorsers (their professional fees range from 2-7Million pesos or about USD$50K USD$170K) for each contract depending on how long these commercials will last! Discipline is FREE! And discipline should be both FIRM and CONSISTENT. The extending family in the Philippine setting is a major factor in instilling discipline and the setback on this is taken advantage of by both the manufacturing companies, the advertisers and of course, the Endorsers!

And the demand by the public for Ascorbic Acid is crazy. One company sold P1.2Billion on vitamin C alone in 2007. Patients think they won't come down with an infection by taking vitamin C! If this is true, why not just buy oranges or calamansi? Or the vitamin preparations that claim that patients "grow" taller if they are on a vitamin that contains "chlorella growth factor". Growth factors don't work and growth hormones are not absorbed orally. They have to be given by injection to work. Let's get real, look at your parents and lineage. It's genetic my dear! Growth is based on the quality of food you eat not the vitamin supplements you give.

Yes, vitamins stimulate the growth - of the pharmaceutical industry!


For the information of the public, the Department of Health, Bureau of Food and Drugs has issued Circular 2008-004 on March 28, 2008, reminding the public on claims of FOOD SUPPLEMENTS.

Now that the health authorities have spoken, time for the advertising sector to take a moral responsibility on the issue.

The public has been warned.
Posted by Kid at heart at 6:59 PM