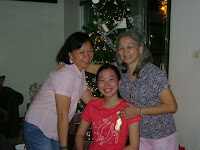 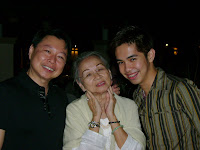 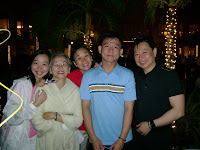 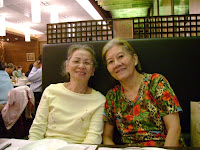 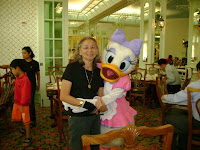 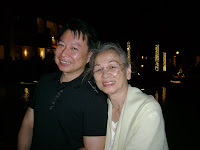 Since the Filipinos began following the American tradition of observing Mother's Day, Father's Day, Grandparent's Day, and the other "economically exploitative" days of the months in a calendar year, so that Juan de la Cruz is transported to becoming John Cross, we have, in truth become abiders of the "cause for a celebration".

I will not cross the border of sarcasm, just for this featured blog. If there is one thing I cannot stand, it is economic exploitation of a holiday. Enough said.

Following the American tradition, many give honor to our Moms on this day. Most of us will probably treat her out for breakfast, lunch or dinner. Our way probably of saying "thanks for all the cooking you've done". Others will find a way through her back aches and joint pains and probably settle for a spa treatment. Then you can be innovative and cook lunch or dinner and take her to the movies. In whatever way you intend to celebrate Mother's Day this year, it will be a day that we said "thank you" for the many years you have toiled for us. In, however way we celebrate the occasion, as long as the meaning is poured through no matter how small the ways are, it's the thought that counts. And mothers will always understand that. They don't ask for anything in return at all (at least my mom doesn't).

I look back at the years that my mom has spent with me since my dad passed away. It's been 14 years since then and my mom, whom I fondly call Inang!, has lived with me.

The sudden passing away of my dad did not come easy for her.

Inang did not finish college and became engaged to marry my father at the age of 19. After 2 years, I was born. A married life wasn't easy, particularly with a young Chinese couple. My grandma (dad's mom) was a difficult woman to live with. There were many instances when she would literally find ways to make life difficult for Inang. During those difficult times, Inang would have only dad to lean on. Her family was hundreds of miles away and being a young mother with no background at all on home economics was a nightmare.

There was a time as a baby that I would cry in the middle of the night because I was hungry. Because she was young and poorly educated, she panicked and mixed condensed milk so that I could be calmed down. Only to have me rushed to the hospital because of vomiting and diarrhea in a few hours. And have my grandmother berate her for her "stupidity".

Dad was busy trying to make ends meet. And then my sister was born 1 1/2 years after me. With my dad's family hoarding the family finances, it was a difficult life for both my parents. Whatever business they ventured into became disastrous and would eventually end up with zero or a negative cash flow. And there were two babies to feed.

We had no money. We had no one else to turn. My mom and dad simply had each other. There would be nights when they would try to find a way to make sure that we had money for school, for a new pair of shoe at least once a year, a day in Roxas Boulevard watching the sunset and just being carefree, a small matchbox toy car if I got good grades, a Hello Kitty for my sister on special occasions, life was simple and we got by in spite of our financial difficulties.

Education was the center of my parents life. They always preached that it was the only worthwhile investment they could make on our life. My dad wanted me to be a doctor. Even though I was hesitant, my path was paved. I would see dad and Inang work day in and day out so that they could make ends meet. Provide food, shelter and clothing.

Ours was a family that started from nothing. My parents were young and innocent when they started out. It was not a marriage made in heaven. There were more moments of hell and when my dad eventually got sick, Inang had to carry a larger burden. She was the pillar that made the family stay together.

Inang had to learn to drive so that she could take my dad back and forth from the hospital for rehab therapy. She had to drive to Ongpin to get hopia for our small store so that she could sell them in the little corner of a supermarket. She eventually had to sell some of the gold that were her gifts during their marriage so that dad could have medicines for his illness and money for his therapy. Inang was, in simple terms, Superwoman.

But all that sacrifice ended with dad passing away 14 years ago. All that strength crumbled in one day. Inang became depressed and wanted to die. Her pillar of strength just gave in. And I saw the depression, the loneliness, the emptiness that zapped the very core of strength in Inang. There were many nights that she would cry alone or simply in a state of disbelief that in a day, dad would suddenly die.

Several years and many drugs (antidepressant, anxiolytics) and psychiatric help later, Inang is back on track. There would be difficult moments, particularly her fear that she would once more be alone. But she is coping up to the difficult days ahead but looks forward to the good times as a senior citizen.

Oh yes, even during dinner conversations, she would recall the best times with dad. She would recall the times when we were all growing up and candidly smile at the accomplishments both she and dad had achieved - her children. Given another life, she says she wouldn't trade her life today for anything more. There is contentment and happiness in her smiles, aches and dreams.

This blog article has been in the making for a week. I had to stop 4 times because I couldn't contain my emotions when I was writing it. It had to come deep within my heart and the tears spontaneously came as well.

I don't know how long Inang has with us. But this I know. I will always remember the stages of heaven, purgatory and hell that she had gone through. And as long as she can still enjoy life, I have made sure that I would make time to enjoy it with her.

Thank you Inang.
Posted by Kid at heart at 2:50 PM

meow...how touching naman. Did Inang! read this na? I'm sure she will shed tears. Anyways, totoo ang mga sinulat mu. I can't imagine life without that crazy woman, she is simply irreplacable.

reading this, i am not surprised why my favorite teacher/pediatrician came to be such. and i am impressed with "tuesdays with nanay".