A nation of servants 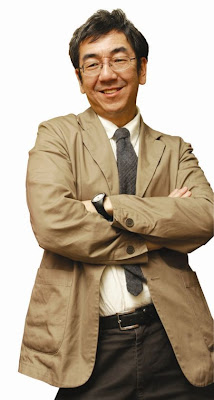 I am posting this news from the Philippine Star newspaper today.

MANILA, Philippines - A congresswoman yesterday called on a Hong Kong magazine to apologize to the Philippine government for offensive and defamatory comments on Filipinos in an article on the country’s claim over the Spratly islands which China also claims.

Akbayan Rep. Risa Hontiveros voiced strong protest over the article of Chinese writer Chip Tsao published in the HK Magazine of the Asia City Publishing Group, where he called the Philippines a “nation of servants.”

In his article, Tsao protested the Philippine claim over the Spratlys, urging his compatriots not to bow to the Philippines because there are “more than 130,000 Filipina maids working as $3,580-a-month cheap labor in Hong Kong.”

“As a nation of servants, you don’t flex your muscles at your master, from whom you earn most of your bread and butter,” Tsao said in his article.

He also mentioned that he employs a Filipina domestic helper named Louisa and warned her that should a war erupt, “I would have to end her employment and send her straight home, because I would not risk the crime of treason for sponsoring an enemy of the state by paying her to wash my toilet and clean my windows 16 hours a day.”

“With that money, she would pay taxes to her government, and they would fund a navy to invade our motherland and deeply hurt my feelings,” Tsao added.

“I sternly warned her that if she wants her wages increased next year, she had better tell every one of her compatriots in Statue Square on Sunday that the entirety of the Spratly Islands belongs to China,” Tsao wrote.

“The Philippines may have a Barack Obama and the hawkish American military behind them, but we have a hostage in each of our homes in the Mid-Levels or higher. Some of my friends told me they have already declared a state of emergency at home. Their maids have been made to shout ‘China, Madam/Sir’ loudly whenever they hear the word ‘Spratly.’ They say the indoctrination is working as wonderfully as when we used to shout ‘Long Live Chairman Mao,’ at the sight of portrait (sic) of our Great leader during the Cultural Revolution,” Tsang said in his article.

Hontiveros took strong offense at this and said the magazine should apologize immediately.

“This disgusting, derogatory, and vile remark can only come from dim-witted and mediocre writing. The magazine should apologize straightaway. The article reflects the kind of attitude that promotes abuses against Filipina workers,” Hontiveros said.

She said Tsao’s story should not have been published, owing to its defamatory nature characterized by racial discrimination against Filipinos in general, and domestic helpers in particular.

“Chip Tsao should find another profession. He should leave the Spratlys issue to the diplomats and writing to real writers because clearly he has neither competence nor talent in foreign affairs and in writing,” Hontiveros added.

“When you make fun of a particular group, you expose them to abuses. Wittingly or unwittingly, you end up supporting acts of intolerance and abuses,” she added.

“Filipina domestic workers should hold a one-day strike to tell the likes of Chip Tsao who’s the real master of the HK economy. If all Filipino workers in HK would strike, the HK economy would grind to a halt without us having to invade the territory,” she said.

She said Filipinos are not asking for political correctness, just professional treatment.


I was slighted by the article. Now I will bash Tsao. This f*ck*g chinese pig must be hanged by his balls at the bashing he has done to Filipinos. What gives the as*hol* the right to make defamatory remarks about Filipinas. Then he can go hire his own FCKN mother to clean his toilet for him. Dang! FCKN idiot. All the Filipinos should keep their dignity by not being employed by the FCKR Tsao. Let his wife and kids clean their sh*t. And Congresswoman Hontiveros is right, leave the foreign affairs to those with brains. Tsao the idiot should shut up and keep his slavery attitude to the dungeons of China. He should look at his own backyard before he bashes the Filipinas who sell their dignity in order to feed the Republic of the Philippines.

Then again, the almost 150,000 Filipina maids in Hong Kong do not speak well of the kind of human resources we send out to the tiny Special Administrative Region of China. But the Philippine government is left with no choice because the local economy depends highly on dollar remittances from OFWs. Without the latter, the Philippines would probably be the poorest country in Asia, next to Bangladesh and Pakistan. And that's the pathetic side, that while Tsao has no right to go bashing and defaming the Filipino "servants", our government has got to clean up the human resources we send out to foreign land, which is tarnishing our image as Filipinos. In our own backyard, our lawmakers steal the very money that we earn, only to send more Pinoys to foreign land to be used, and abused. And those who are lucky just watch from the sidelines.

You see, we mirror what we give. Perhaps it is time that we take back what is ours. Even if it means having the head of Chip Tsao on a silver platter!

Chip Tsao is a best-selling author and columnist. A former reporter for the BBC, his columns have also appeared in Apple Daily, Next Magazine and CUP Magazine, among others.
Posted by Kid at heart at 12:30 PM

fucking chip tsao!!! in fact he is "cheap" tsao. i want him to die in front of me after he wipe my shoes with his face. i hope theres a way to send this guy a mail. or even the HK magazine, just to air out our concerns

people like him should not be a writer because he has no sense of responsibilty to what he had said. as the song goes: BEFORE YOU START POINTING YOUR FINGER, MAKE SURE THAT YOUR HANDS ARE CLEAN!! Filipinos are known to be indutrious and hospitable persons unlike most CHINESE such as yourself who do nothing but profit and manipulate things!!
dont even consider yourself as a master because you are lower than the lowest species of this world

people like him should not be a writer because he has no sense of responsibilty to what he had said. as the song goes: BEFORE YOU START POINTING YOUR FINGER, MAKE SURE THAT YOUR HANDS ARE CLEAN!!

TO MR. TSAO:: Filipinos are known to be indutrious and hospitable persons unlike most CHINESE such as yourself who do nothing but profit and manipulate things!!
dont even consider yourself as a master because you are lower than the lowest species of this world

Oh come on, it's no surprise the Philippines is known as the world's caretakers. Your biggest export are nurses and servants. The nurses come over to places like the US and marry White guys, the servants get sent throughout the Middle East and Asia, with some becoming concubines.

Filipino culture is the combination of the worst of Chinese, Spanish, and American cultures. I've met so many Filipinos who think of themselves as Chinese tycoons, while behaving like Spanish aristocrats who consume fashion like Hollywood stars. Filipinos = most vulgar people in the world.

While I agree with the comments of Mr. Anonymous (who practically had no balls to reveal him or herself) dated April 27, I beg to disagree though that it gives one the right to bash another one's nationality. Not all the apples in a basket are rotten, so to speak. And that means including you Mr. Anonymous because you have no right generalizing the race. Racism has no role in a civil society. Unless of course your mother raised you the wrong way.