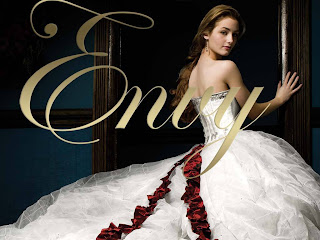 There is something terribly wrong with this picture.

I remember I had a student in medical school who was a scholar for and on behalf of an organization. When I asked him during the interview why he applied for the scholarship, he told me that he had always dreamed of being a doctor. When the Asian Financial Crisis hit the country, his father was out of work. The real estate business was badly hit. And his dream fell apart.

Nothing wrong in the picture? Take a closer look.

He detested his father for his current problem. He was now on his own, begging for money so that he can continue his dream. He refused to give in to his siblings who were also in school. He insisted that his siblings stop schooling (even if they were undergraduates), so that he can finish his medical school. I told him that it should actually be him who should temporarily stop school because medical school is a postgraduate course and because he has already a college degree, it should be his priority to give in to his two other siblings - one who is still in high school, and the other an undergraduate in nursing. He was adamant that it should be him who has priority. After all, he had the highest academic achievement in the family.

He got the scholarship. He did well in medical school. But it was strange that he remained estranged to his family. In the four years in medical school, he never acknowledged his father for any gains made.

His story is no different from many young children today.

They grow up in families that have had a surmountable amount of cash overflowing. When the bubble broke, the children were left in limbo, wondering why once upon a time they were able to get all the material things their hearts desired but are now dirt poor. They feel that their parents (or at least one of them) were to blame.

I have a relative who had a thriving business in the 90s. My uncle believed that education was not everything and that pure luck was responsible for one's fate. He declared that he was a self-made businessman and his business savvy was the reason for his success. It was the reason why he felt that his children did not need good education. After all, they would inherit his business when he retired. He gave his children all the material things in life. And they enjoyed all these while the good times lasted. When the chain of large hardware depots opened, the customers began to disappear. His smaller store could not compete with the much lower prices the bigger stores had to offer. In less than 5 years, he had to mortgage then sell his house and other assets. His youngest son was still in college. When his other siblings had talked to the youngest boy to move to another school because they were in so much financial difficulty, the boy was adamant. He was going to either run away from home or kill himself if he did not finish school in this exclusive and highly priced school on Taft Avenue! And no, he was not going to work part-time. He did not want to see his classmates think they were poor. He hated his life, his parents, his siblings.

The two stories run parallel to each other. Peer pressure plays a formidable role in the development of envy among the youth. They must have the toys, gadgets and gimmicks their peers have. There is a direct correlation between the kind of peer groups your children hang out with. Most (if not all), who are exposed to the "good life" would prefer to stick to that reputation.

While there is nothing wrong with ambition, I believe that children should be raised on the premise that they need to earn for their success. In short, nothing should be given on a silver platter. Children should realize the merits of hard work so that the goals are sustainable even without their parents. There is nothing wrong with having less in life yet maintaining one's dignity. Majority of the Filipino families do not raise children on this premise. They will give away things so that their children will not look poor in the eyes of their "amigas". They will flaunt what little they have in order to "keep up with the Joneses".

Even the "emerging families" from OFWs are the same. Many count their chickens before the eggs are hatched. So much so that the families become devastated when the OFW meets a catastrophic fate in a land far away. Notice how much wailing there is when an OFW dies or is incarcerated? It is not about the OFW that they are crying over, but rather the family back in the Philippines. Who will now pay for the house, the clothes, the schooling, the cell phone, the cable, the car?

There are fewer and fewer stories about how success comes out of hard work and the painstaking road we take to reach our goals in life. This is the road less traveled by the youth of today. There are lesser Efren Penafloridas or Manny Pacquiaos rather than Chris Tius and Derek Ramsays. You can see how long the queues are for every talent and reality show all because they want to be recognized and probably become overnight millionaires, sensations or stars - sometimes to the extent of selling their flesh or doing drugs.

Perhaps we need to go back on making our youth refocus on what is essential in life and how to make them survive in this dog-eat-dog world, yet maintaining their sense of morality and humanity. The great shift of "girls just want to be bad" and "bad boys rule" is a world built on envy and the way we rear our children with so much materialism is partly the problem on the why their world is all about the I, the Me, and the Mine.
Posted by Kid at heart at 9:27 AM