Lessons from a carnage 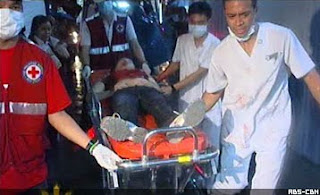 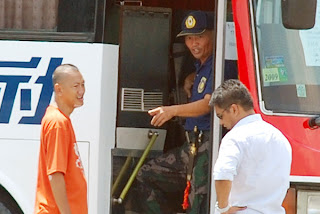 Unlike other hostage taking scenarios in the Philippines, this one did not have a happy ending. Eight (or nine) people died in the carnage that brought the Philippines notoriety for being one of the most dangerous places to live in.

It started around 1030AM and ended 11 hours later leaving a bloodbath in one of the worst crimes ever committed by a Philippine law enforcement officer.

Whatever triggered it and how it ended is a story in itself.

But the questions asked by the public and the lessons learned should by an eye opener for our police force, who lately have been under the microscope from an appreciative public. Obviously, the torture of suspected criminals in my Facebook wall has received ambivalent responses from Filipinos and the foreign community. Some call it barbaric. Others, it was a form of justice.

The carnage was simply that - a balance of injustice in this country, where the rich don't go to jail and where the poor are miscasted as the scum of the earth. Indeed, if you've got the dough, or you're related to someone in power, then you're treated differently.

Now that the hostage drama is over, a post hoc analysis on the blame game is inevitable.

Who was responsible and could this event have been prevented?

1. Why did the driver stop to pick up the policeman who was armed with an armalite? I mean, the news reports had it that the policeman "hitched" a ride in Intramuros then announced the hostage situation when they were at the Quirino grandstand. And how did he get loose? The driver claimed he used a nailcutter. What a boyscout! Always ready - for this scenario? Duh? And the police investigators just brushed him off as a victim as well.

2. If you watched the LIVE events, you would have laughed at the slow pace of rescue. The policeman-hostage-taker was ready to die. And no one took him seriously. Of course, until he started counting bodies.

3. Then there was the media. Both ABS-CBN and GMA were rushing to the scene. While I admire their bravery at covering such a daring assault, there should be rules on hostage taking and MUST be more sensitive about the matter. Unfortunately, the bus had a TV set in it. And the hostage taker had a full view of what was going on outside. Including the way the police manhandled the brother of the policeman. Right after the manhandling scene, the carnage began. The number of bodies started piling up.

4. The rescue was pitiful. It was comedy cum drama. It just showed how much lack in training our police officers have. Not to mention the poor judgment of media! It turned out to be a circus and I am sure that media will always hide under the cloak of freedom of information, a clause so loosely applied to what they want to say without taking the total situation into consideration. Of course, some people attacked the slow rescue pace of the police, but you must be watching too much NCIS or CSI to get into this conclusion. In fairness, I guess the policemen who were at the scene had to contend with very little equipment including bullet proof vests and other paraphernalia for the rescue. No one wanted to be the next to die.

The government will now have to review this after all the dust has settled. At the end, it would be pathetic that the only excuse we can give is that we need to be forgiven and understood...for after all, this is the banana republic.

[As a background of the bemedaled policeman, copy this link on why he was dismissed from the police force.
http://www.philstar.com/Article.aspx?articleId=605632&publicationSubCategoryId=63]
Posted by Kid at heart at 6:36 PM