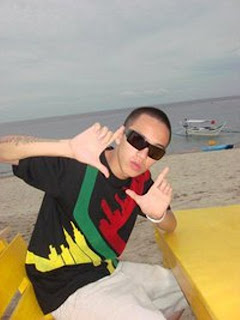 Jason Ivler, Mark Dizon, Ivan Padilla - they're just a few names that have seen their claim to fame in the newspapers lately.

What do they have in common? They're all young, good-looking, come from supposedly well-to-do families, are from broken homes, are into drugs and women, live life in the fast and furious lane.

Mark Dizon is 28 years old and has been arrested as the primary suspect in a string of serial killings among foreigners who have married Filipino wives and living in the Philippines in Angeles City. So far, the death toll was 10 before he was captured. The gruesome murders alarmed the once sleepy town in Pampanga. Without remorse, this young man who claimed to be a computer technician and reflexologist in his spare time became one of the most wanted prior to his being caught for the alleged crimes.

The other day, Ivan Padilla, 23 years old was gunned down after a supposed showdown with the police when they gave chase to a car which he recently jacked from a call center agent in Alabang. Padilla, who had registered home address at the posh Forbes Park and Ayala Alabang was noted to be seen in the company of the once notorious Alabang Boys, whose infamy was riddled in robbery and drugs as well. Today, the press reports that the company of Padilla are actually a string of men and women whose ages range from 20-30 years old. The females are all sexied up and are usually seen in "gimmik" places or where the young people party most often till the wee hours of the morning. Padilla, with his matinee idol looks took a bullet in the head and died in the shoot out.

The high profile stories published in the newspapers are not limited to our country nor are they limited to the rich and famous as well. Obviously, because they are unknown, the majority of the crimes committed by the youth are not published as the media arbitrarily defends that they are inconsequential and would prefer to devote more space of the rift between Philippine Air Line and the pilots and cabin crew.

What happened to our youth? If the attitude and perception of the youth of today are towards materialistic gains by making a quick buck through a crime, then there must be something wrong with the way society has made it seem this way. Perhaps to a large degree, media has made an impression that to have money is all that there is to in life - in order to be glamorous and beautiful. Even the ugly ducklings have simply gained "pogi points" based on the kind of car they driver. Never mind that the guy is pudgy and ugly, so long as he's behind a Lexus.

But I believe that beyond all the media marketing and advertising is the role model that our families provide. Good boys and girls gone bad is NOT simply an overnight sensation. It is a reflection of the kind of family that one grows up in. Our youth get hooked on drugs not because of the company they keep but the company that does not keep them well at all. As parents, some of us are too busy making money that it has become the central theme of not coming home to be with the family even for important events during your child's growing years. And as parents (or grandparents, at that) wallow themselves in "all work and no play" in the name of money, we teach our children this kind of value - that what matters most is the cash we make, no matter how we make it.

We cannot keep blaming technology for what it has delivered to us today. Whether the world wide web has provided us with more access to either information or disinformation, is not the problem. It is, after all, whether we have fulfilled our duties and responsibilities as parents that matters. I have always said that we can go on blaming the world and the walls for all our woes but forget to look at ourselves to see if the problem has been us in the first place.

And then there are the parents who will use their children to get rich or justify the fact that their children have "talent" and need to cash in on these "talents" no matter how idiotic they are. It's alright if they skip class in favor of a slot in WOWOWEE or EAT BULAGA or SHOWTIME or PILIPINAS GOT TALENT or whatever reality show there is, as long they bring home money. It's no wonder why thousands and thousands push, pull, and shove their way into a TV show in the hope that they will become tomorrow's star!

I have nothing against wealth and the amassing of more wealth. The saying that "the end does not justify the means" is most apt in this scenario. I have nothing against stardom. There are those that have talent and rightfully deserve their place in the sun. There are those, however, that have no talent at all and are pimped into prostituting just their looks and body so that they can achieve fame and fortune.

There are many other people like them out there that idolize life in the fast lane. I will not pass judgement to their cases, but in reality, their answer to infamy is to living life while they are young. Here today, dead tomorrow.