Of heroes and idols 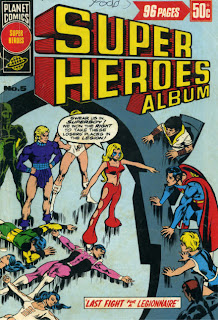 There are heroes whose lives are worth emulating because of a burning desire to fight for a principle.

And there are those whom we idolize because they are painted to be achievers - whether good or bad, for the wrong or right reasons - sometimes, to the point of being a fanatic.

I have nothing against those who have served as role models or heroes for the changing times of the world. People like Oprah, Ellen Degeneres, Bill Clinton, Steve Jobs, Nelson Mandela, Cory and Ninoy Aquino, and yes, even Manny Pacquiao and Efren Penaflorida, to name a few, have made a name for themselves in their lifetime and will probably remain a household name for a long time to come. Their journey will serve as an inspiration to many.

Then there are those whom the mob idolize.

One cannot deny the fact that there are people whom we truly envy and wouldn't it be fervent wish to be in their shoes? I mean, who wouldn't want to be the Lindsay Lohan or David Beckham or Posh Spice or Piolo Pascual? I guess the farthest many of us can get to being a Piolo-look alike is to wear Bench underwear and probably fantasize that all our flab leaking out of our skin will mold into becoming Piolo's ripped body by wearing the skimpy underwear. While we fantasize what we want to, reality is that when you look in the mirror, you see some fat boy who looked wrapped by a pair of bright colored garters really really tight that it seems he was going to die of asphyxiation from his fats. Either that or you see a really skinny malnourished guy that's already in the smallest size underwear and yet looks like some boxer shorts hanging from his body when it's actually the skimpiest bikini available. Kidding aside (or who said I was), media, advertisement and technology today have collided to provide us an image that we are NOT beautiful in our own ways and will need to live to standards of physical beauty as the billboards would have wanted us to be. Which is not all wrong, but leaves you with a feeling of being incomplete if you did not live up to the standards of your idol.

Being in sync with the trend has become the gold standard for many of us. Someone told me that a survey showed that I-Pad owners are being profiled and survey says that they are most likely to be "wealthy, arrogant and are people who feel they are better than the rest...". With the current techie boom is the fashion trend that bags are designed to fit a netbook or a MacAir or an I-Pad. It's hip and chic to have a BlackBerry. Last weekend, when we were dining at Cyma, the busboy had a BlackBerry to boot. Jeez...talk about what the average Pinoy in a third world wants!

With so much commercialism today, it has become more difficult to make people differentiate "wants" from "needs". Believe me when I say that it is even more difficult for parents to teach this among their children simply because they themselves are in dire confusion over the "necessary" or "essential" things in life. Even my household help has a difficult time discerning this as my maids use Belo soaps because only Belo touches their skin in the hope that someday their skin will glow and transform to become as fair as Kim Chiu or that my driver has Crocs slip-ons (and owning a pair has not even crossed my mind and still swear by my Spartan Slippers from Divisoria). Or that my gardener can be reached either through his Smart mobile phone or when he is out of reach, through his Sun unlimited postpaid plan. Or that the average Juan de la Cruz dreams of buying a motorcycle, which explains why Metro Manila will be the next Saigon in, give or take, 5 years from today.

It has become more difficult to inspire people these days.

Being a model citizen, following rules and regulations, learning to queue and wait in line, being disciplined and being morally and ethically right has become the road less traveled for many. Some started a dream by wanting to make a difference in this world. Either to save it or to leave "footprints in the sand" for the path we take so that others may be inspired to follow later on. Many of us have strayed from what started as a good beginning because of the "distractions" that have come our way. Some have risked their principles simply because of "wants" rather than "needs".

Some of us have forgotten the heroes we started off our journey with. Some of us started on the journey with a friend or partner hoping that the inspirations our heroes provided would rub into us. Somewhere along the way we strayed from the dream we envisioned ourselves and lost focus on time and perspective. We lost the inspiration because we were distracted by the idols that stood on the fork in the middle of the road.

In the end, we lost ourselves...and the hero within just died.
Posted by Kid at heart at 9:54 AM