The journey of the scrapbook 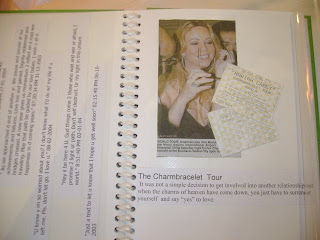 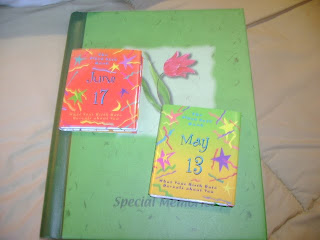 After being single again for the longest time I could recall, loneliness crept into the night.

Somebody once said that "one does not move on from the pain...some simply gets used to the hurt". And for a very long time, I buried myself in that hurt. It seemed that multitasking was a temporary respite to numb the deceptions. But the solitude would be like a stealth, badgering my spirit, forcing me to move away from the pain.

Taking chances is not my cup of tea. No one likes to get hurt - again and again. Only sick people do. And I mean mentally sick. Staying blessedly single is a choice some people make. As my friends would say "All the single ladies..."!

And I tell my friends that being single is a healthy option. Being in a relationship is excruciatingly difficult. You give up on practically everything - from your privacy to life's little pleasures and treasures. Once upon a time, there was just you. Then suddenly one day you wake up to discover that there's now US in the equation. And for the most part, many of those who are not ready to be a couple fall into the trap of falling in love for love's sake (or for lust's sake).

As so as all stories go, it's been 7 years since I gave up on being singly blessed. And while it's been a struggle to stay together so long, it's been a good journey as well. There's still some of the insecurities and perhaps a little complacency that we need to contend with. There's probably a hundred and one reasons for a relationship to be doomed from the start, but a thousand and one reasons for it to go right as well.

I remember watching one episode of the Amazing Race Asia and the losers not minding being eliminated during this leg of the race because the wife didn't want to jump. The husband said that being in the race with her was the most wonderful thing since they got to know one another more than they had known each other during their marriage. (I guess it's in the worst situations that you realize who your partner is.) Besides, he added, that the most important race in life was not about just winning a reality show, it was making sure their marriage would work and working at being together. Amazing!

During our first year, I received a scrapbook from my partner. A simple scrapbook but the best gift. Nothing material about it. It spoke of sincerity and commitment, of thoughtfulness and of going the extra mile to remember. It wasn't a spur of the moment gift. He took the time to collect all the smallest details of our first year - from the first movie ticket, to the first ticket in Disneyland, to the boarding passes on the plane, to the pictures at the mall. It was the kind of gift that mattered when it came to what was a valuable keep.

When my house was renovated, the scrapbook was the first thing I made sure that would be packed in the right place. And true enough, many things eventually got lost during the renovation. But the scrapbook remained intact.

I keep it at my bedside desk. I open it once in awhile just to remind me that I am not alone in my journey of life and love. And I've stopped counting on the years that will be left, but on how great the years that we shared were.

This is one story I do not know how it ends.

Whatever the ending will be, the journey of the scrapbook has constantly reminded me that we all deserve a great life and happy endings.
Posted by Kid at heart at 5:04 PM